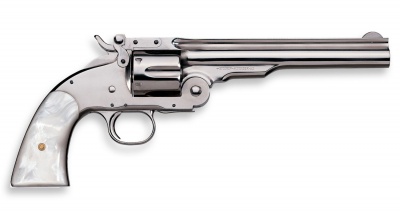 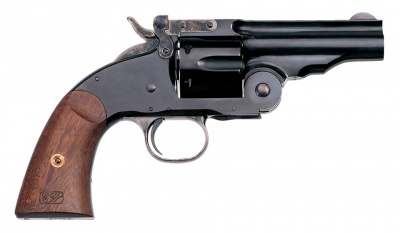 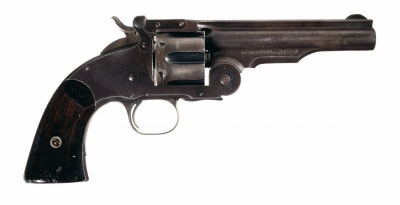 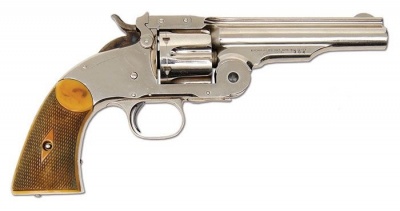 The Smith & Wesson Schofield is a version of the Smith & Wesson Model 3 revolver adopted for use by the United States Army and incorporating improvements made by Army Major George W. Schofield. One of the said improvements was a redesigned locking system that made the gun easier to load while on horseback. The original Model 3 revolver had been adopted as the standard sidearm of the U.S. Army in 1870 and was the first cartridge-firing revolver adopted by U.S. forces. In 1875, the Army requested a batch of revolvers firing the .45 LC cartridge, which was already extensively used by the military. S&W instead created their own .45 caliber round, .45 Schofield, also known as .45 S&W. It was quickly discovered that .45 LC and .45 Schofield were not interchangeable on the Schofield Revolver, but were interchangeable on the Colt Single Action Army, leading many units to continue using Colt revolvers despite the Schofield revolver and .45 Schofield round being standard issue.

The Schofield was primarily used during the American Indian Wars, although there are reports of it being used as late as the Philippine–American War of 1899-1902. The Schofield was also popular with many figures of the American West, such as Jesse James, Wyatt and Virgil Earp, Pat Garrett, and Billy the Kid. American President Theodore Roosevelt also owned one.

The Smith & Wesson Schofield has been seen in the following films, television series, anime and video games used by the following actors: