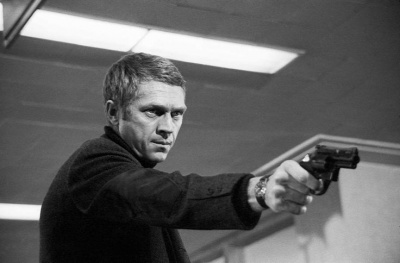 Steve McQueen (born Terrence Stephen McQueen) was an American actor widely known for his anti-hero roles and one of the top actors of the 1960s and 1970s. Known as "The King of Cool", McQueen is most known for his roles in The Magnificent Seven, The Great Escape, The Thomas Crown Affair, Bullitt, The Getaway, and The Towering Inferno. In 1974, McQueen became the highest paid actor in the world. McQueen passed away in 1980 from cancer bought about by mesothelioma.