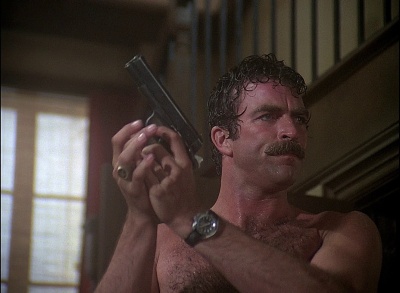 Tom Selleck with his Colt Government as Thomas Magnum in Magnum, P.I..

Tom Selleck aims a Shiloh Sharps 1874 Long Range Rifle as Matthew Quigley in Quigley Down Under. 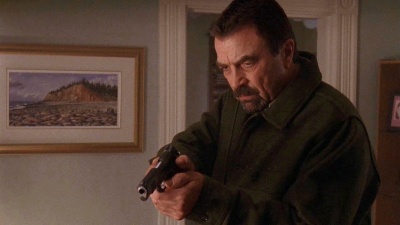 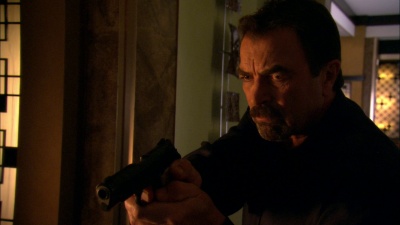 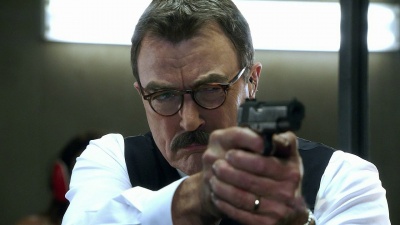 Tom Selleck with the Colt Government as Frank Reagan in Blue Bloods.

Tom Selleck is an American actor well known to television audiences for his roles as Thomas Magnum in the series Magnum, P.I., Jesse Stone in the Jesse Stone film series, and Frank Reagan in the series Blue Bloods. He also has appeared in such films as Quigley Down Under, Runaway, and Crossfire Trail. In addition, he also was a member of the NRA Board of Directors as a well as a public spokesman for the association.