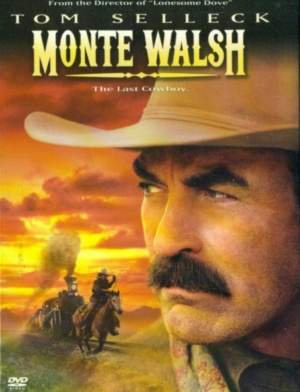 Monte Walsh (2002) is the 2002 remake of the 1970 Western which starred Lee Marvin as Monte Walsh and Jack Palance as Chet Rollins. The remake was helmed by Lonesome Dove director Simon Wincer and stars Tom Selleck as Walsh and Keith Carradine as Rollins. Despite the presence of firearms and gunfights, the film is actually a melancholy story about the end of the open range cattle days in Montana in the 1890's. This remake, which marked the third Western film collaboration between Wincer and Selleck, first aired in the US on TNT in 2002 and subsequently released on DVD.

The following weapons were used in the film Monte Walsh (2002): 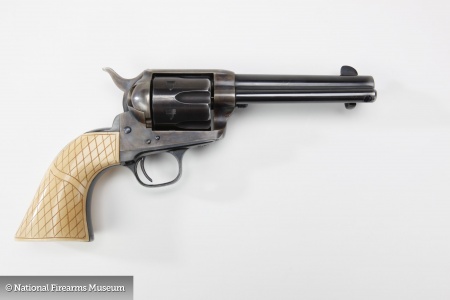 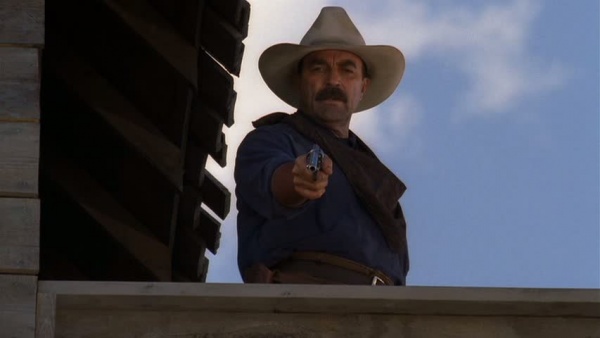 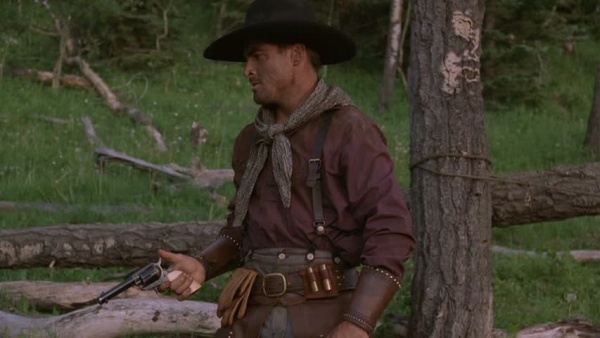 Shorty (George Eads) contemplates one of his dead partners. Note the brass shotgun shells for his Winchester. 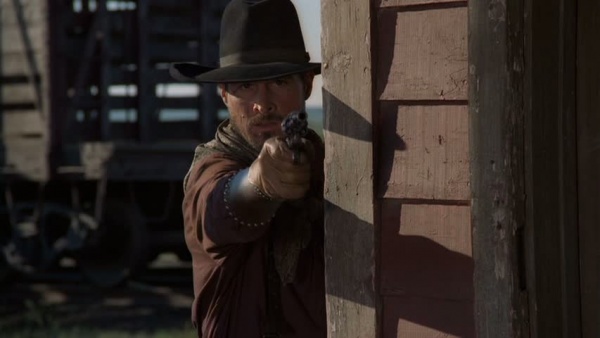 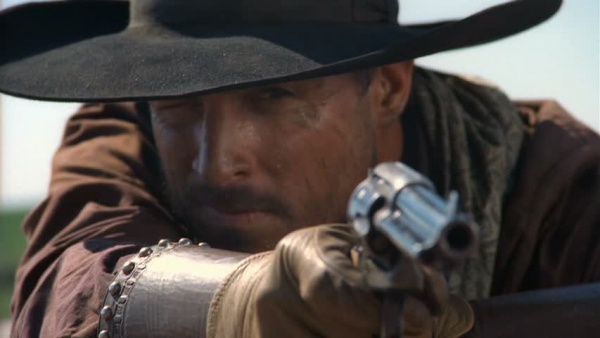 What appears to be a Colt 1877 "Lightning" Double Action Revolver is seen several times in the holster of Chet (Keith Carradine). The revolver is identified as the Colt 1877 due to the distinctive "Bird's Head" grip. 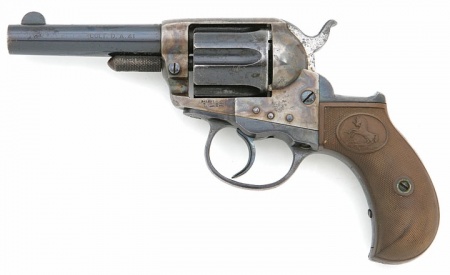 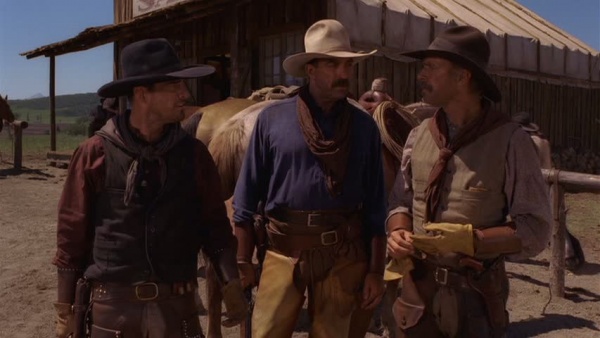 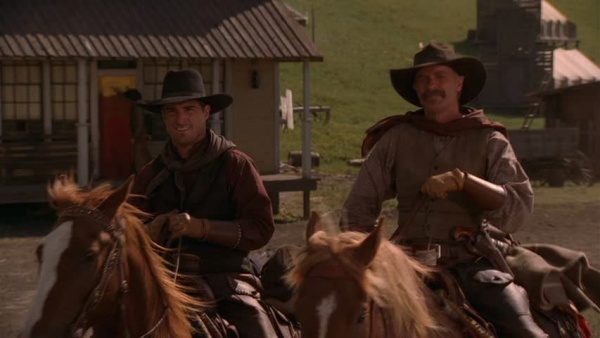 On the right, the "Bird's Head" grip can be seen.

A Remington 1875 is used by a US Marshal (Tom Glass) who attempts to arrest one of Shorty's partners. 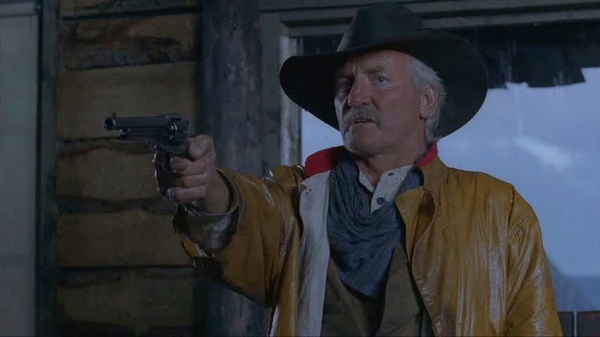 The US Marshal (Tom Glass) attempts to make an arrest with his Remington 1875 revolver.

Monte Walsh (Tom Selleck) uses a Winchester Model 1886 Carbine throughout the movie. The Winchester used in the movie was manufactured in 1891. It has a 22 inch barrel and is chambered in caliber 50-110. It was restored by Kenny Howell of R&D Gun Shop. Kenny Howell also did restoration work on some of the firearms used in Crossfire Trail.

Winchester Model 1886. This is the actual Hero carbine used by Tom Selleck in Monte Walsh 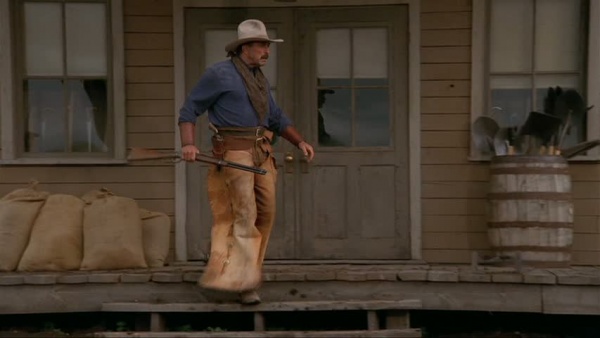 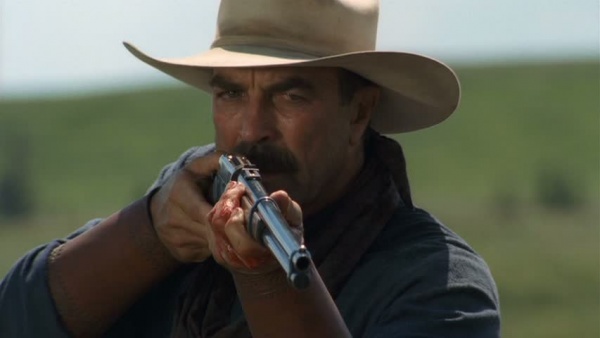 Monte (Tom Selleck) has just dispatched his opponent, but quickly chambered a fresh cartridge and is prepared to fire another round in case his opponent isn't dead. 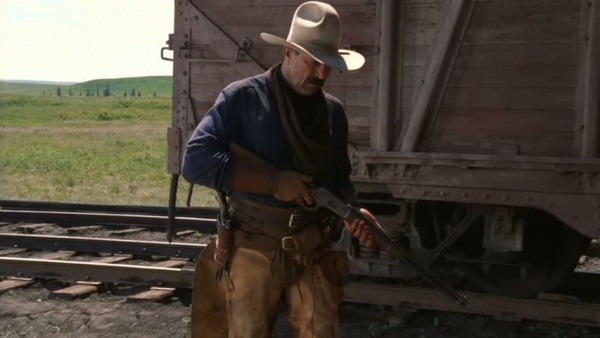 Monte (Tom Selleck) concludes that his opponent is dead and moves toward the body. He isn't happy about the action he just took, but shortly afterwards he loads a fresh cartridge into his rifle.

Chet Rollins (Keith Carradine) carries a Winchester Model 1866 "Yellow Boy". It is only seen briefly out of it's saddle scabbard in a couple shots. 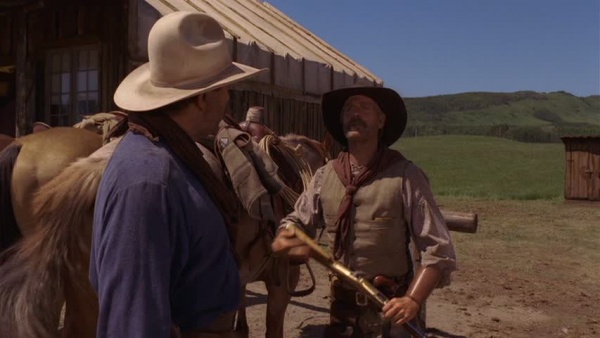 Throughout the movie one can get brief glimpses of the Winchester Model 1873 being carried by other cowboys.

The Winchester Model 1887 is used by Shorty (George Eads) throughout the movie. He carries a shorter version with the 22" barrel. This version was available from Winchester and was usually called the "Messenger" or "Guard" Model. A very imposing weapon indeed. 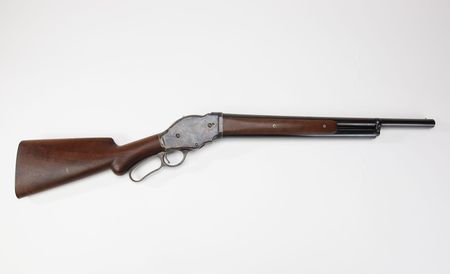 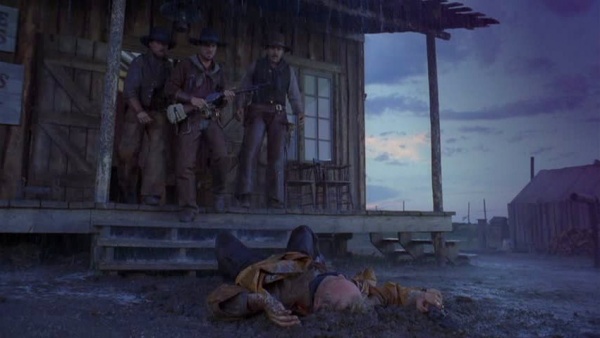 Shorty (George Eads) stares at the Marshal that he just killed. 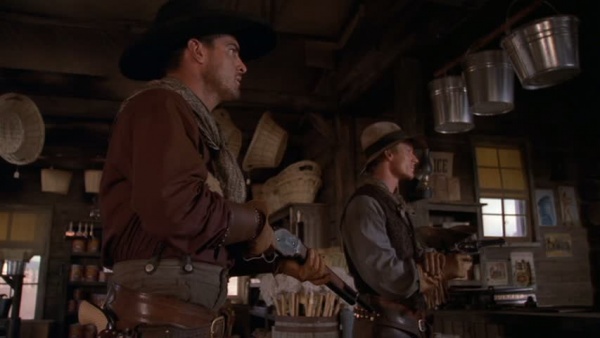 Shorty backs his partner in a robbery. 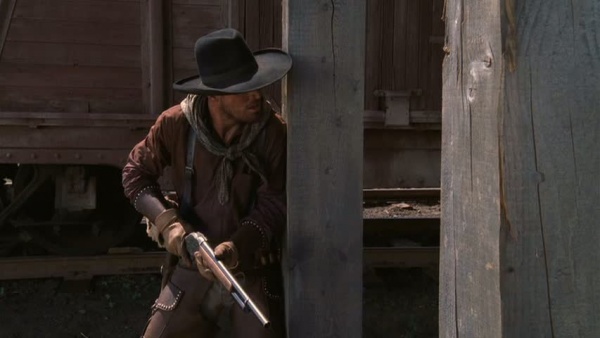 Shorty looks out for an opponent. 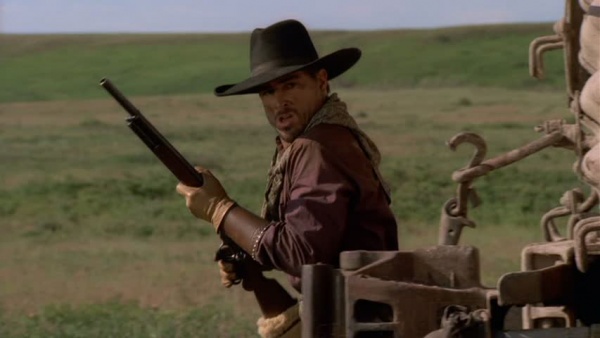 Originalprop.com is a website that provided some background information for firearms used onscreen by Tom Selleck in Monte Walsh, Crossfire Trail and Last Stand At Saber River.