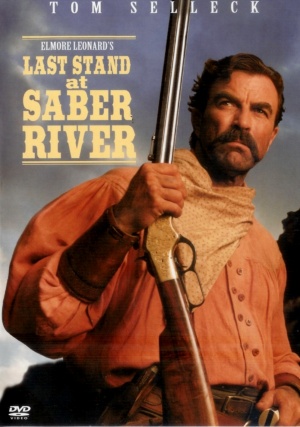 Last Stand at Saber River is a 1997 made for television Western that originally aired in the US on TNT. The film was based on a novel by Elmore Leonard (Hombre) and starred Tom Selleck and Suzi Amis.

The following weapons were used in the film Last Stand at Saber River:

Paul Cable (Tom Selleck) carries as his sidearm in the film a Colt 1860 Army with a Richards conversion to shoot metallic cartridges. This revolver was custom built for Tom Selleck by Ken Howell of R&D Gun Shop. Mr. Howell provided custom firearms as well for Selleck in 2001's Crossfire Trail and Monte Walsh (2002). 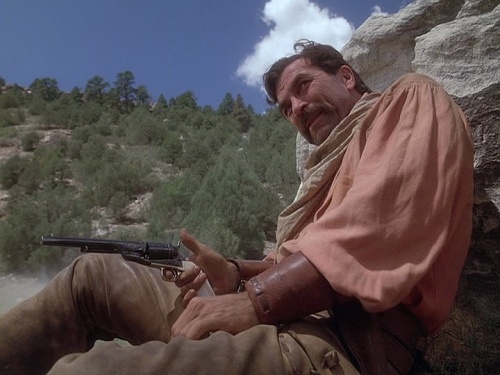 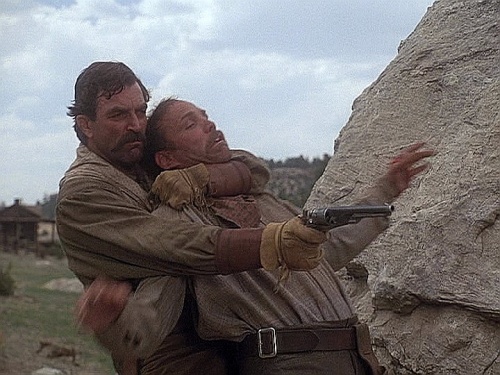 Edward Janroe (David Dukes) uses a LeMat Revolver towards the end of the film, appropriate since it was associated with the Confederacy and Janroe is still trying to win the war for the South. 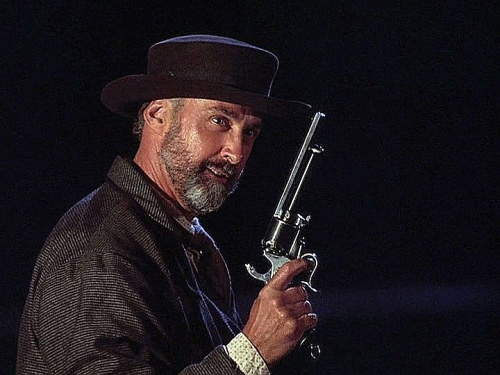 Cable is also seen using a .44-40 Henry rifle in the film. His rifle has a custom engraved receiver. Another Henry rifle is seen in the hands of Manuel (Raymond Cruz). 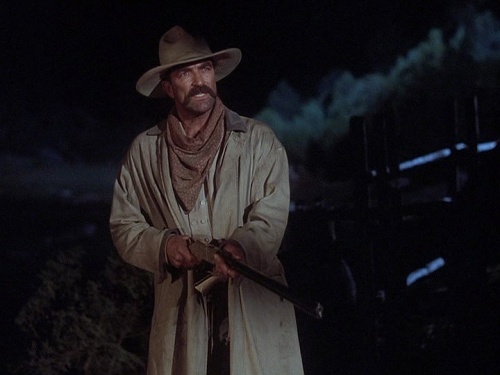 Cable with his Henry rifle during a confrontation. 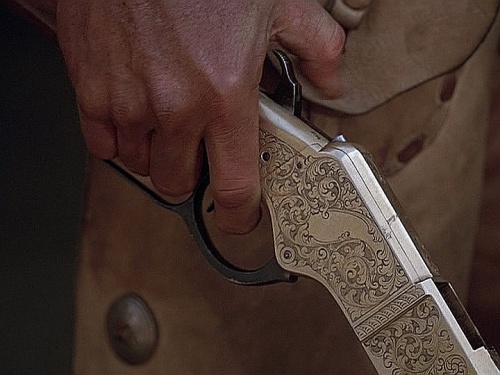 The Spencer 1860 Carbine is seen used by both Martha Cable (Suzi Amis) and Vern Kidston (Keith Carradine), as well as several other characters. 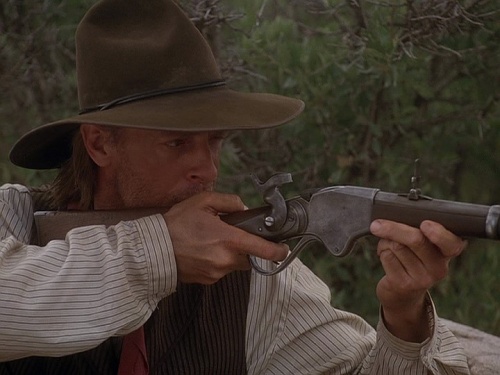 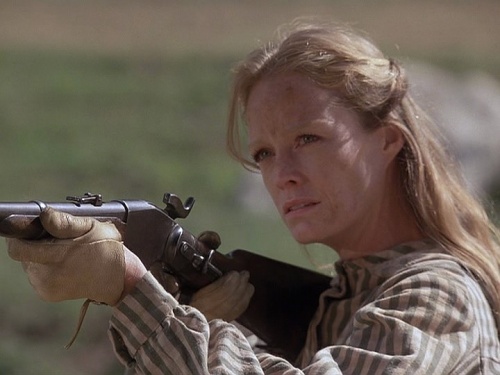 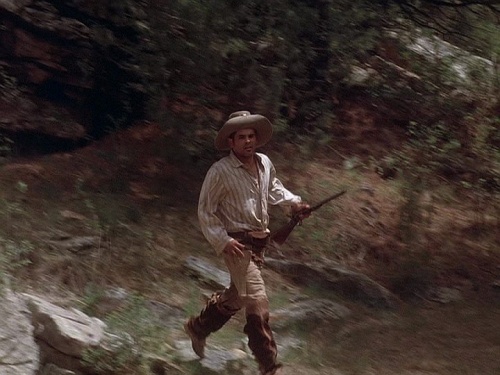 Manuel (Raymond Cruz) running with the Spencer. It is common to confuse it with a Sharps, but a close examination confirms that this is a Spencer. 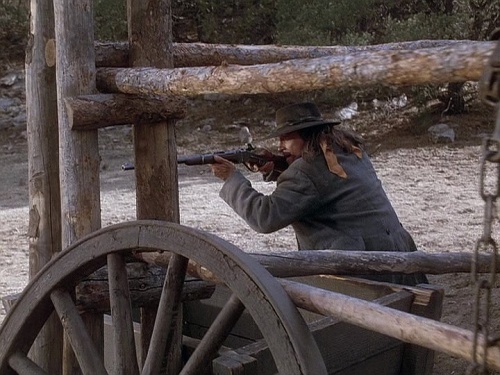 Firing the Spencer rifle, identified in part by the unique saddle ring attachment.

What appears to a Model 1843 Hall-North Breech-Loading Percussion Carbine is seen in a crate that Manuel throws out from his stagecoach. This weapon is seen in the hands of Billy Dancy (Rex Linn) and Austin Dodd (Patrick Kilpatrick). 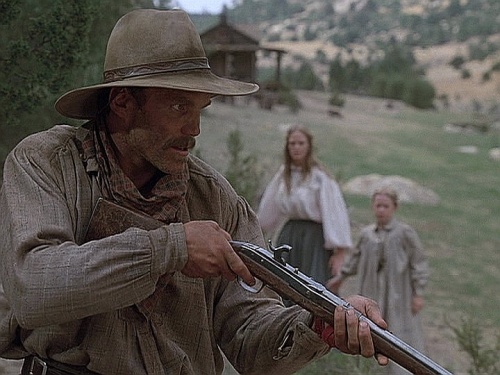 The Hall-North carbine is seen in the hands of Austin Dodd (Patrick Kilpatrick). 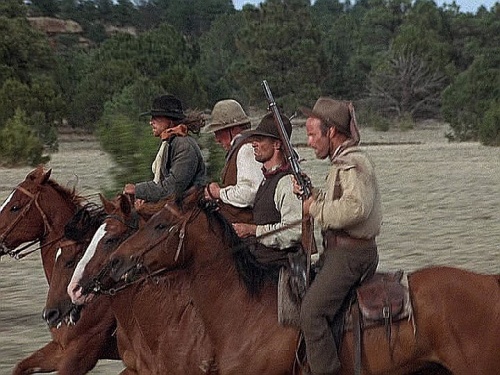 On the right, the carbine is seen in the hands of Billy Dancy (Rex Linn) 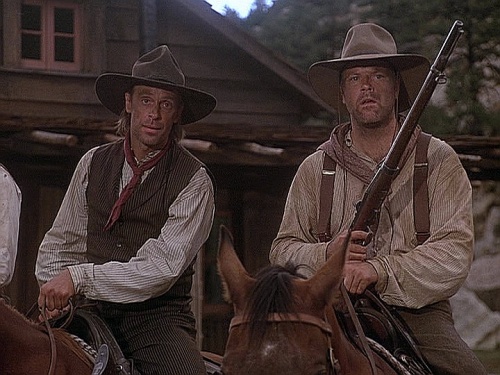 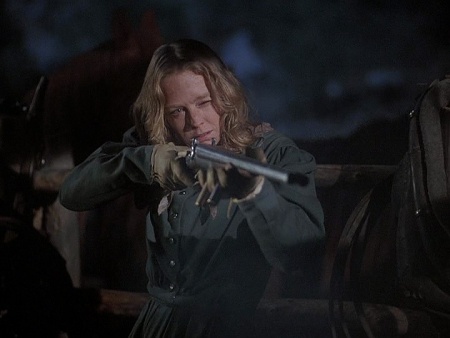 Originalprop.com is a website that provided some background information for firearms used onscreen by Tom Selleck in Crossfire Trail, Monte Walsh (2002) and Last Stand At Saber River.