The Man with the Glass Eye (Der Mann mit dem Glasauge) is a 1969 German detective movie directed by Alfred Vohrer. Despite the film is listed in Edgar Wallace film series, it isn't based on any Wallace's work. Several people, connected to the dance show "Las Vegas Girls", are killed by a masked knife thrower or poisoned. Inspector Perkins (Horst Tappert) and his assistant Sergeant Jim Pepper (Stefan Behrens) discover that the trails lead to the international traffick of girls and drugs.

The film is the 28th installment in the Rialto Film studio Edgar Wallace film series (1959-1972) and the last in the series, directed by Alfred Vohrer.

The following weapons were used in the film The Man with the Glass Eye (Der Mann mit dem Glasauge): 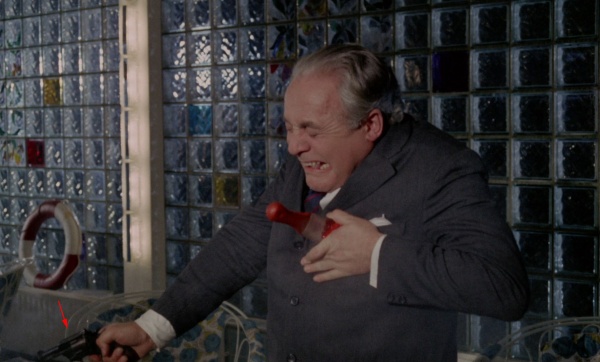 Donovan, hit in chest by a throwing knife, draws his revolver. 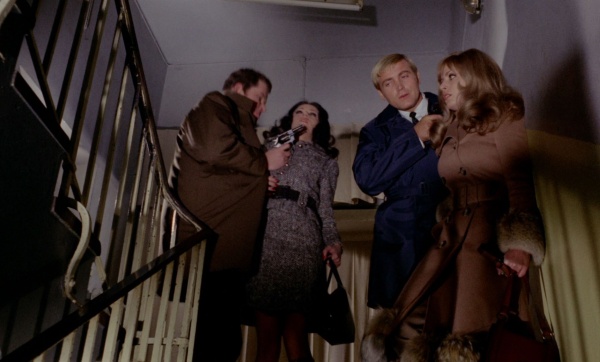 Clark (in brown overcoat) and Ray (in blue overcoat) threaten Linda and Leslie. 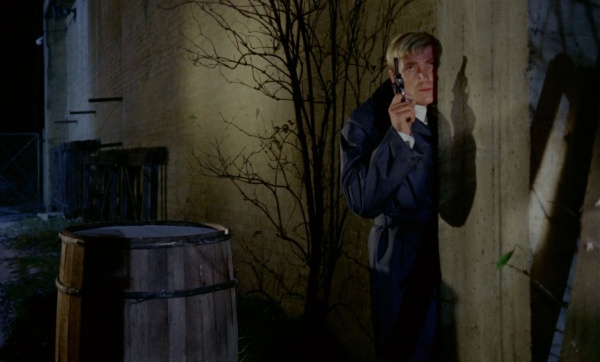 Ray in shootout with Inspector Perkins. 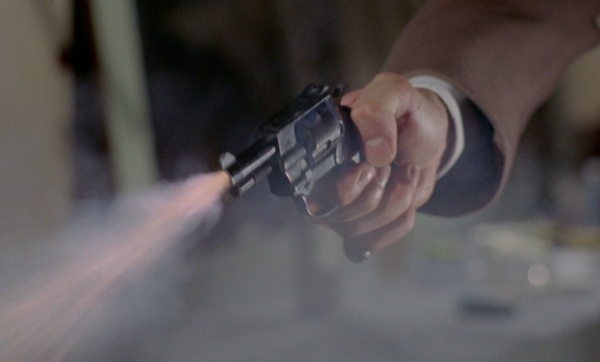 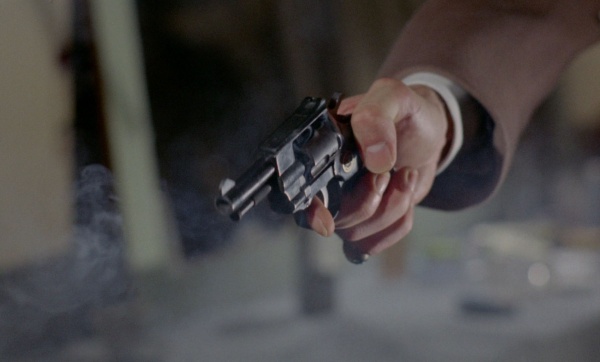 Perkins fires at the locked door. 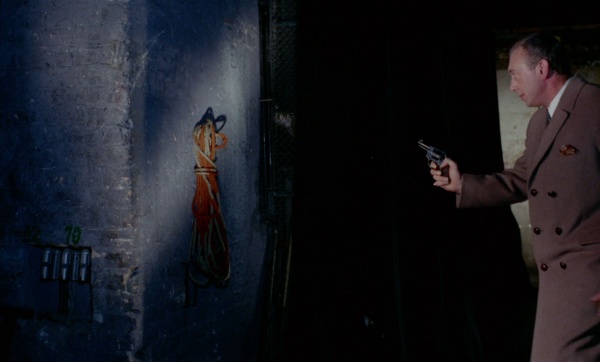 Perkins pursues Bob in the theater. 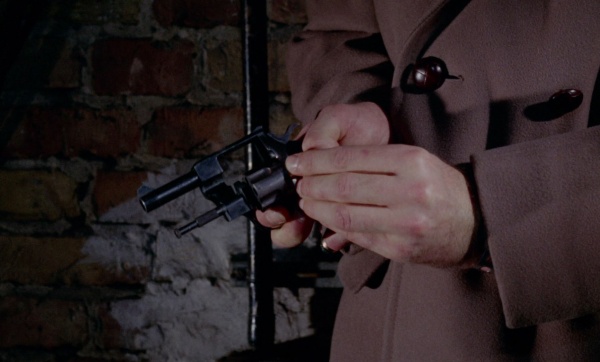 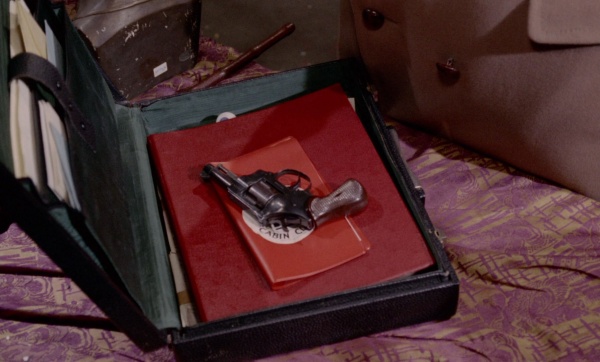 A revolver in Mr. Nuthatcher's briefcase. 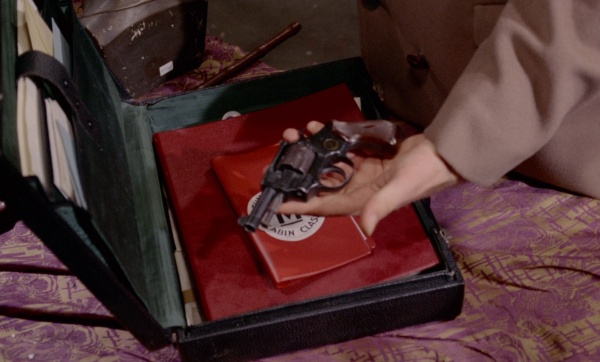 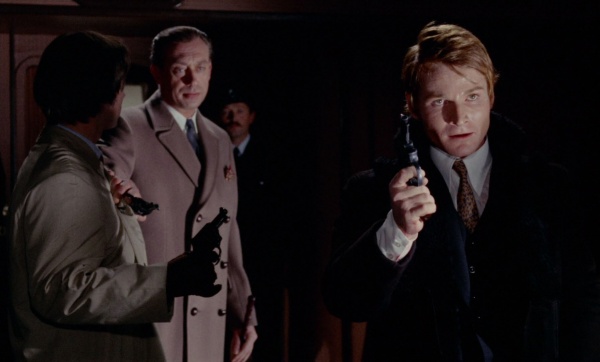 Sgt. Pepper and Inspector Perkins (at the left) and Bruce Sharringham (at the right) hold revolvers in the final scene.

In the scene in Parker' office Nora Wilson (Karin Hübner) draws a pocket pistol that is one of the nearly identical models Gecado Model 11 or Valor SM-11. Both models are based on non-lethal Reck P6; the main visible difference of the base gun is the shape of the slide serration. 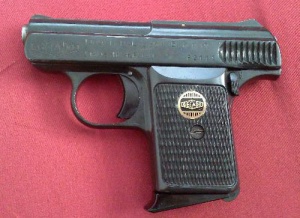 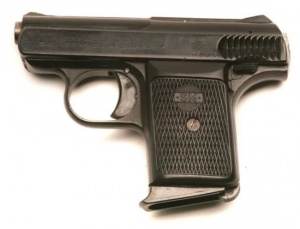 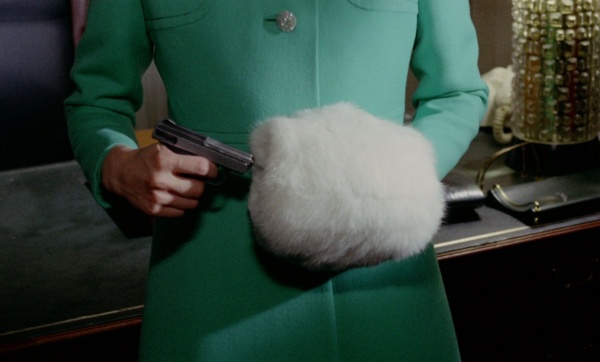 Nora draws the pistol from her muff. 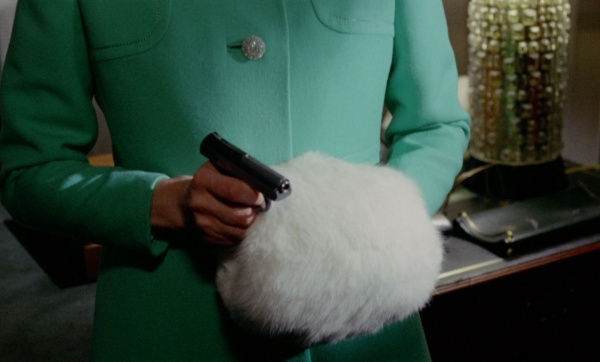 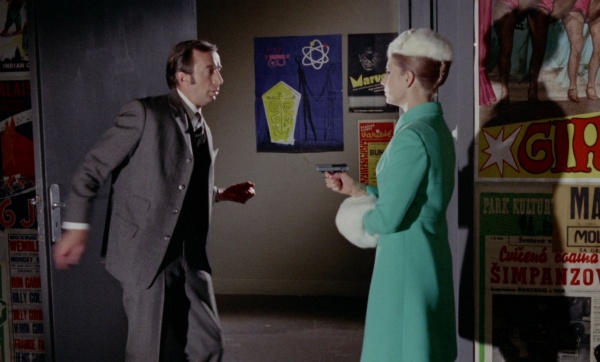 A remotely controlled Sten Mk II is used as a trap in the scene on the vessel Olaf Ericsen. 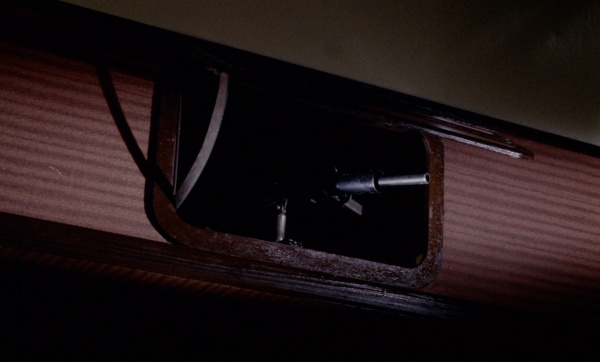 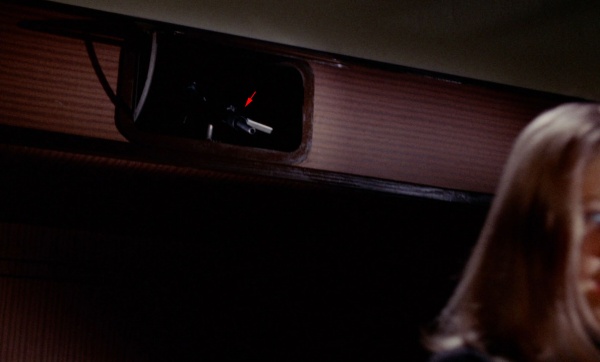 The remotly controlled Sten is aimed at the unsuspecting victim.

In the scene in Mr. Nuthatcher's curiosities shop Inspector Perkins (Horst Tappert) takes a circus toy pistol. According to the script, this gun was planned to reappear in the scene when Perkins and Sir Arthur are trapped by Bob who then disarms Perkins but to his surprise finds out that the gun is a toy. For unknown reasons, this scene is missing in the final release of the film. 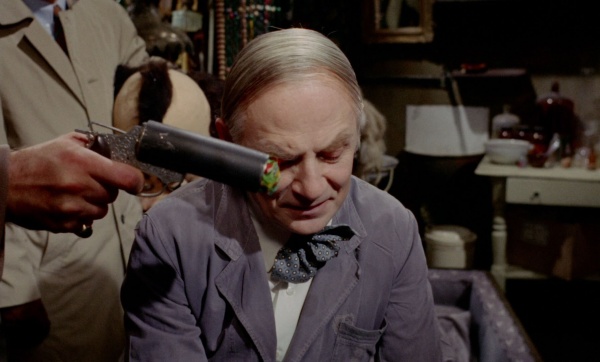 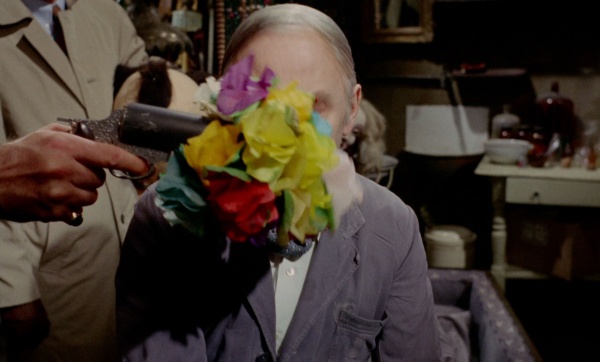 Perkins "shoots" the pistol in front of Nuthatcher.