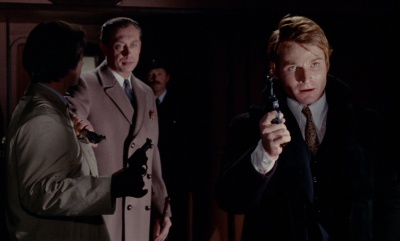 Fritz Wepper (at the right) holds an Arminius HW-1 as Bruce Sharringham in The Man with the Glass Eye (1969).

Fritz Wepper (born August 17, 1941) is a German actor best known for the role of Inspector Harry Klein in the long-running Derrick and Der Kommissar detective TV series and also for the roles in the films The Bridge (1959) and Cabaret (1972).