Again the Ringer (Neues vom Hexer ("News from The Warlock")) is a 1965 German detective movie directed by Alfred Vohrer, a sequel for 1964 The Ringer. The plot is not adapted from an Edgar Wallace's novel but rather based on the characters and storylines from the collection of short stories "Again the Ringer" (1929). Arthur Milton known as "The Warlock" ("The Ringer" in the Wallace's works) who had escaped from police in the final of The Ringer appears again. Now he has to free himself from suspicion of murder of wealthy Lord Curtain. Inspector Wesby has to team with "The Warlock" in order to investigate the case.

The film is the nineteenth installment in the Rialto Film studio film series (1959-1972) based on the works of Edgar Wallace.

The following weapons were used in the film Again the Ringer (Neues vom Hexer): 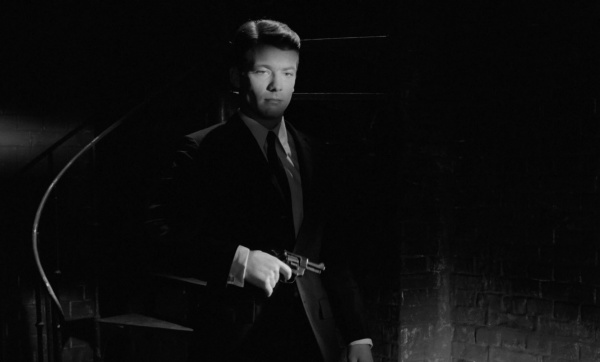 Archie Moore draws his revolver in the opening scene. 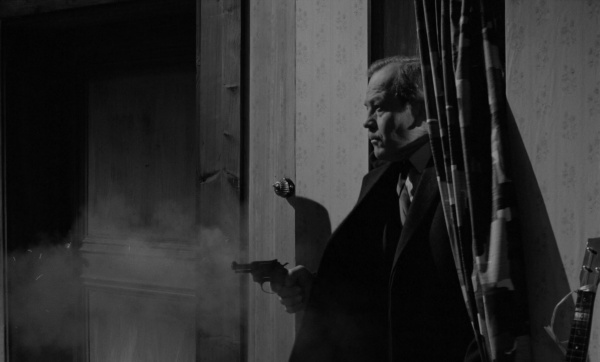 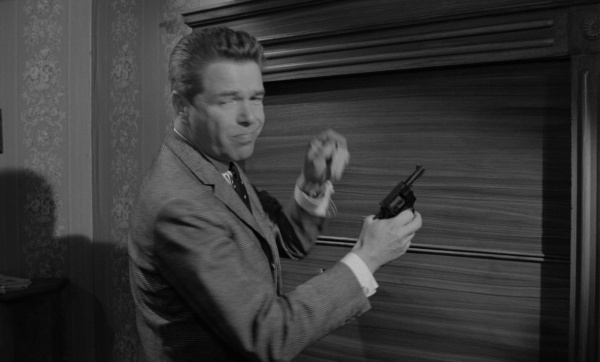 Inspector Wesby holds his revolver in the scene in Lord Curtain's house. 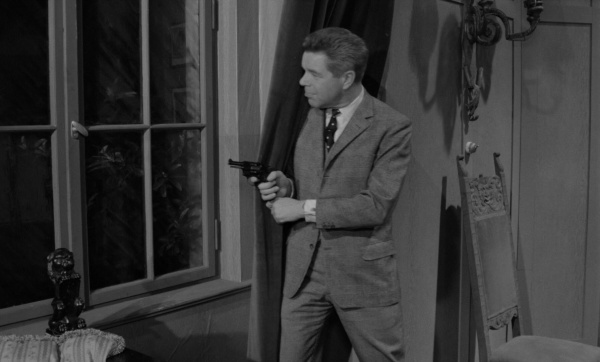 Wesby draws the revolver when someone knocks in the window. 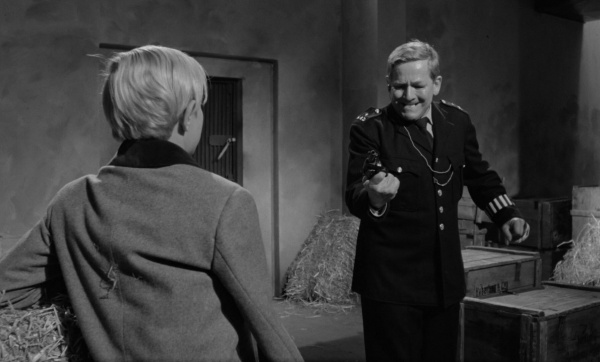 Lanny, disguised as a police constable, finds out that his revolver runs dry. 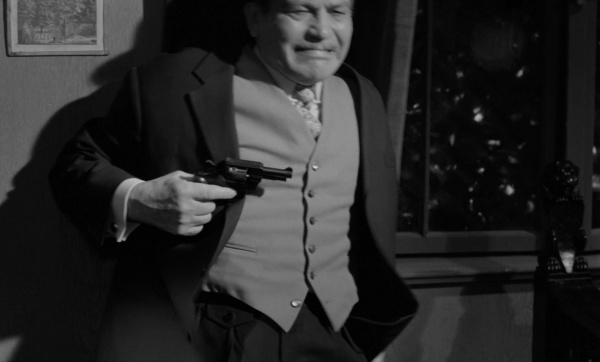 Arthur Milton holds his revolver in the climactic scene. 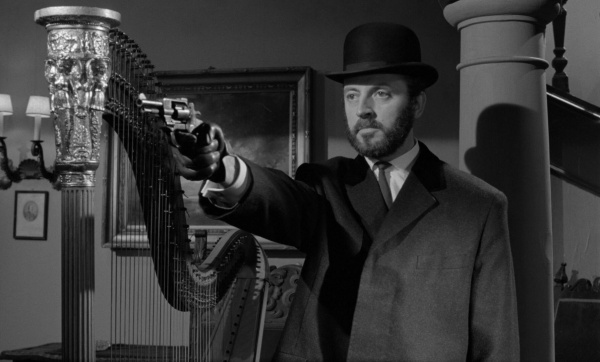 Finch fires his revolver in the climactic scene.

Margie Fielding (Barbara Rütting) owns a pocket pistol that turns out to be a blank-firing Reck P6S. Lord Curtain's butler Edwards (Klaus Kinski) holds same looking pistol, fitted with the adapter for launching the signal flares in the "role" of a sound suppressor. The usage of this adapter allows to identify the pistol as P6S rather than gas-firing P6 that lack the screw for this adapter. 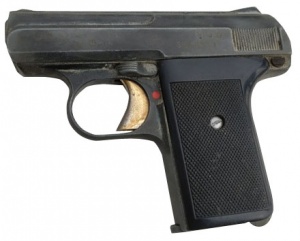 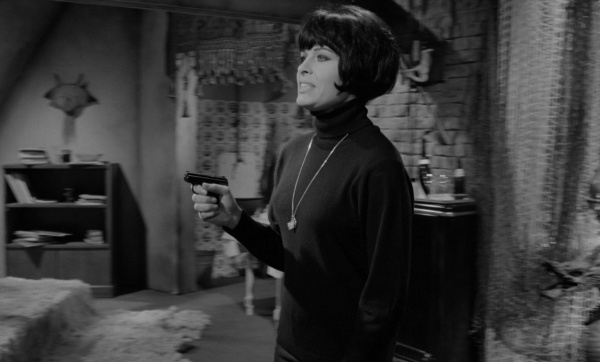 Margie grabs her pistol when she finds Inspector Wesby in her apartments. 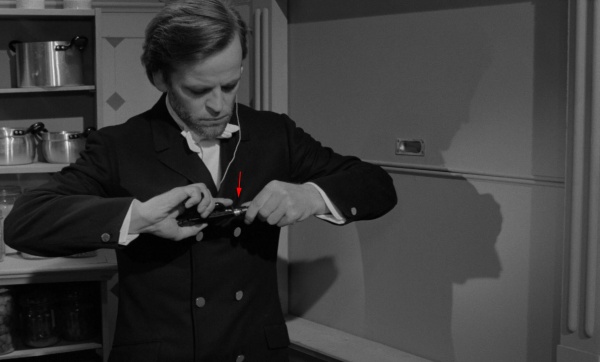 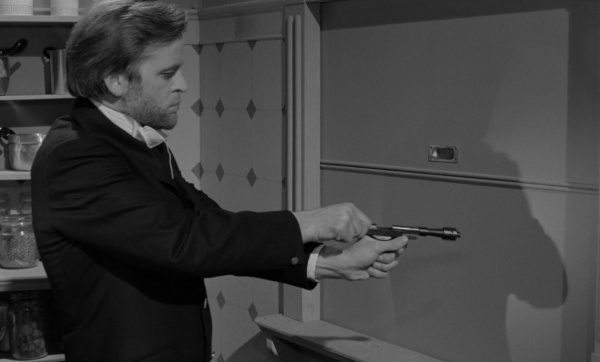 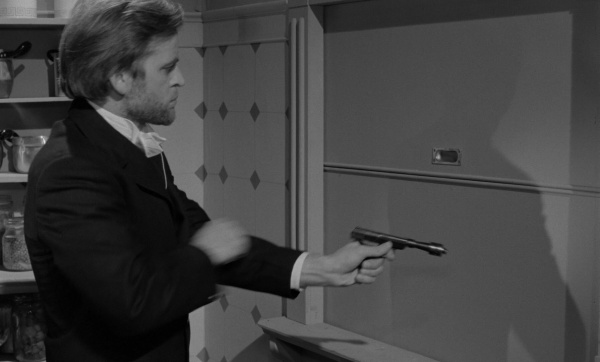 Edwards cocks the bolt of the "suppressed" pistol. 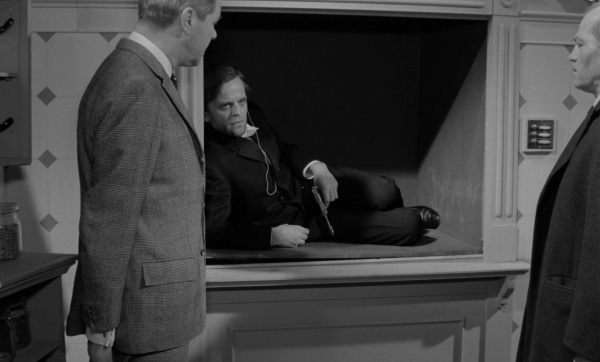 Edward in the dumbwaiter. 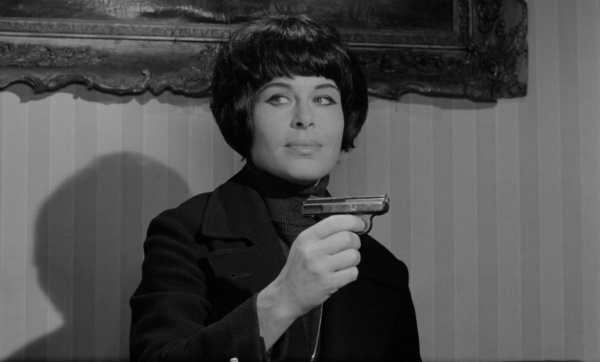 Margie readies her pistol in the climactic scene. 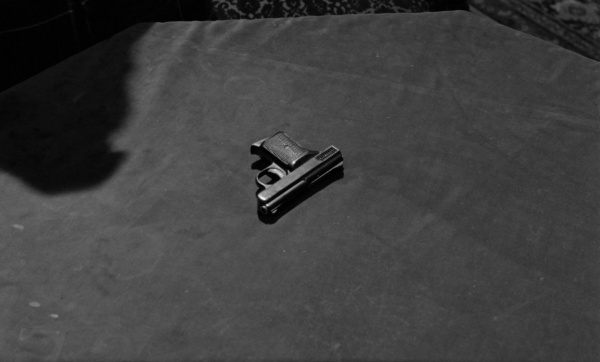 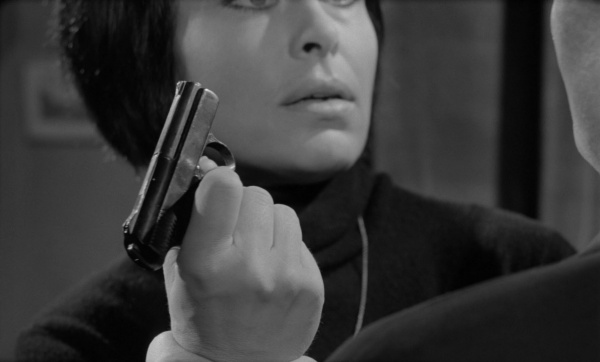 Margie grabs the pistol in the attempt to defend herself.

In the opening scene Lord Curtain (Wilhelm Vorwerg) is seen on the shooting range in the basement of his house, shooting an over and under combination rifle/shotgun with sniper scope. He loads and fires only the shotgun barel. 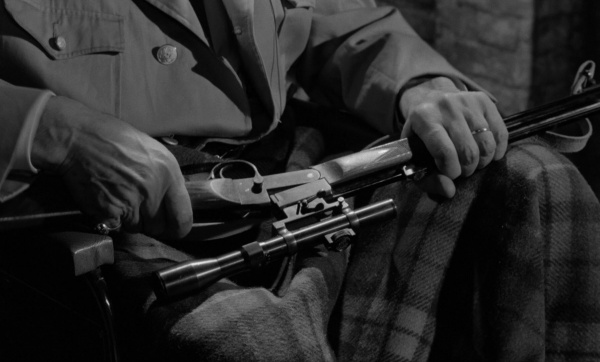 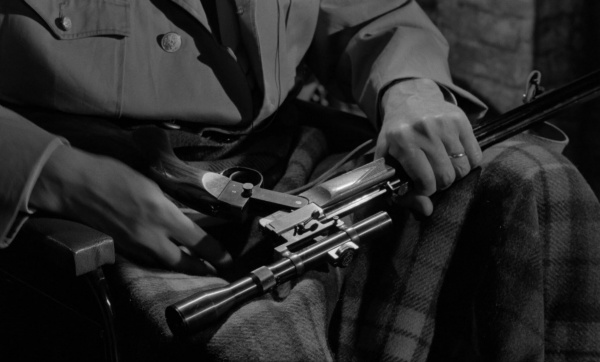 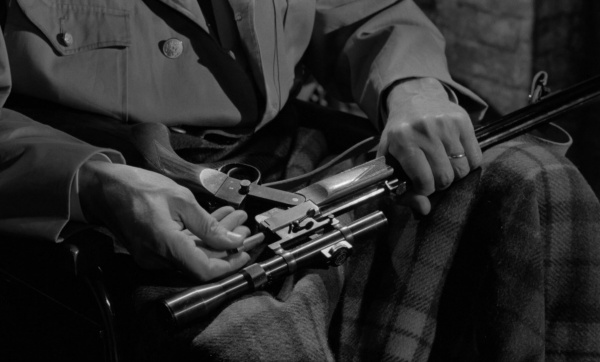 He loads the shotgun barrel... 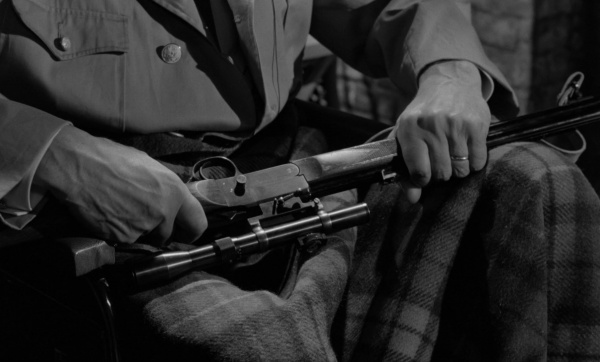 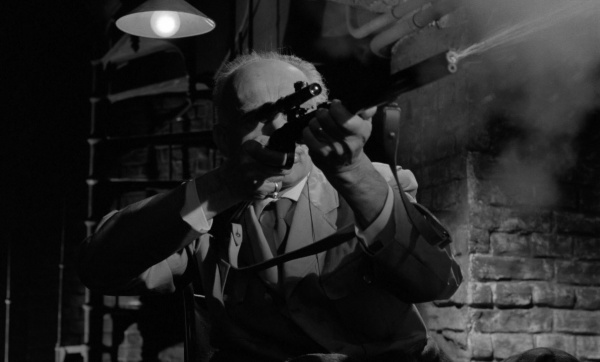 Lord Curtain fires at the target. 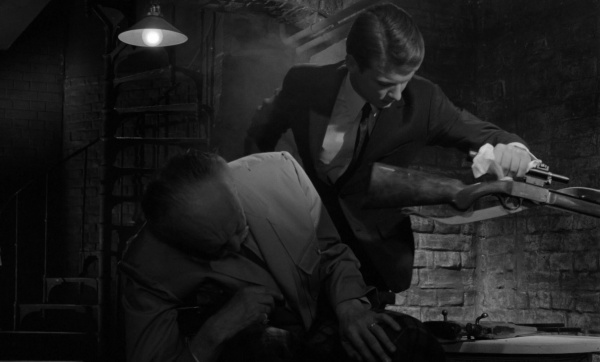 Archie Moor puts the gun on the table.

Two bolt action rifles are seen on the table near Lord Curtain's wheelchair. One of these rifles has straight bolt handle while the second - turned down one. 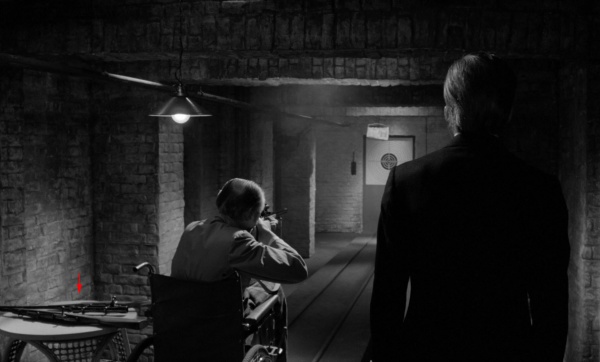 Two rifles are seen on the table at the left. The one with the turned down bolt handle is fitted with a sniper scope. 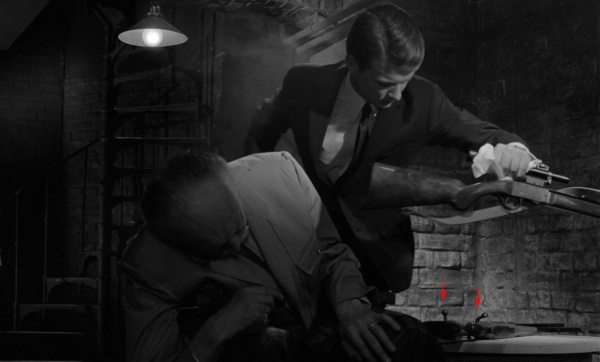 Another view of the rifles.