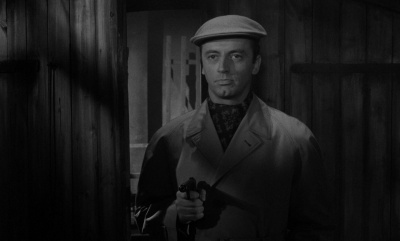 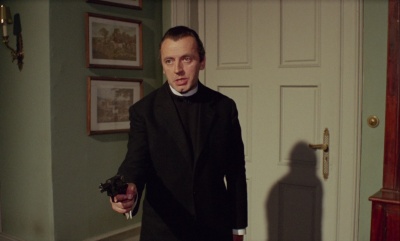 Eddi Arent holds an Arminius HW-1 as Reverend David in The Hunchback of Soho (1966).

Eddi Arent (born Gebhardt Georg Arendt, May 5, 1925 - May 28, 2013) was a German actor, cabaret artist and comedian. He appeared in 104 films between 1956 and 2002. The peak of his screen fame was in 1960s when he appeared in about twenty detective films of Rialto's Edgar Wallace series (he was even considered as the mascot of the series) and three Winnetou Euro-westerns. The awards for these roles went to him thirty years later: in 1997 Arent received the Scharlih, the award of annual Karl-May-Fest, and in 1999 he was awarded the Golden Honorary Prize of the Edgar Wallace Meeting.