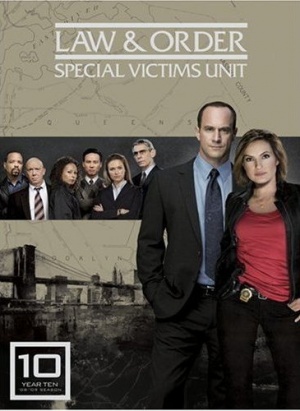 The following lists the weapons seen in Season 10 of the series Law & Order: Special Victims Unit:

The Glock 19 is carried by the majority of NYPD detectives in the Special Victims Unit including Detective Elliot Stabler (Christopher Meloni), Detective Olivia Benson (Mariska Hargitay), Detective Sergeant John Munch (Richard Belzer), Detective Odafin "Fin" Tutuola (Ice-T). Captain Donald Cragen (Dann Florek) is sometimes seen carrying one in some episodes. Uniformed NYPD Officers are seen using Glock 19s as well. Like many television shows and films, many times when a Glock is seen being drawn, the sound effect of a hammer cocking is heard (despite the fact that Glocks are hammerless). 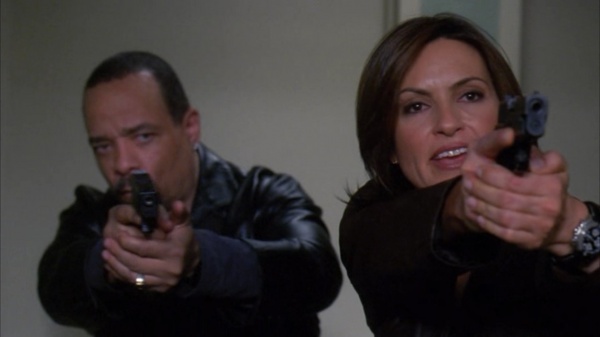 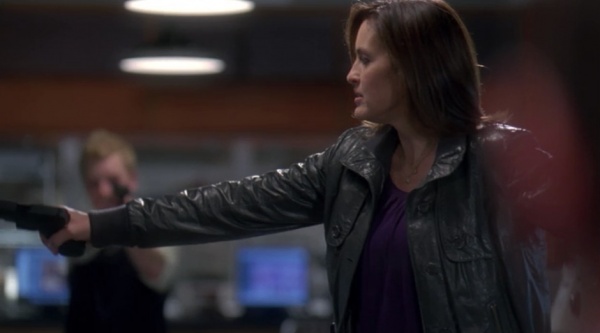 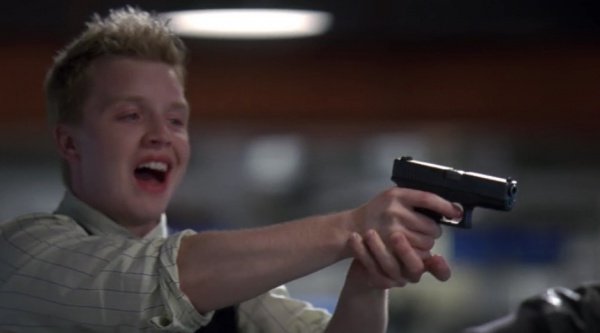 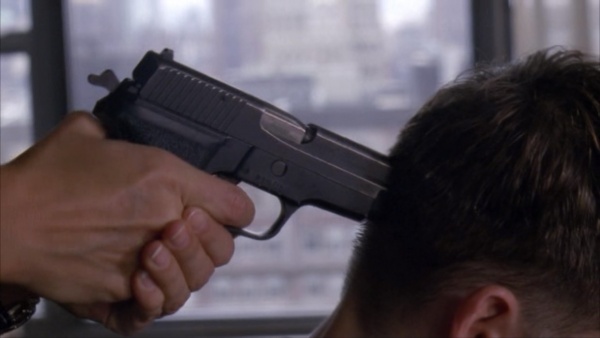 The SIG-Sauer P228 is put to the head of a suspect in "PTSD" (S10E09). This good closeup shows the pistol in detail, notably that it is a blank-converted SIG as evidenced by the filed-down barrel lock-up. 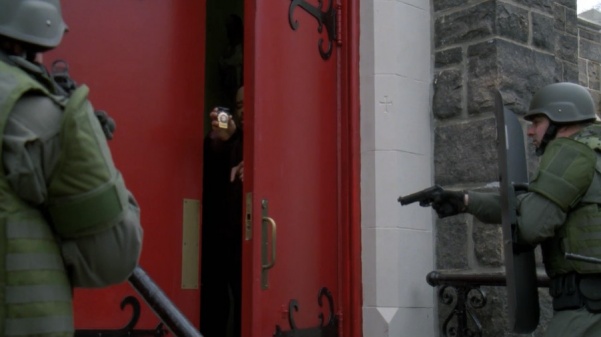 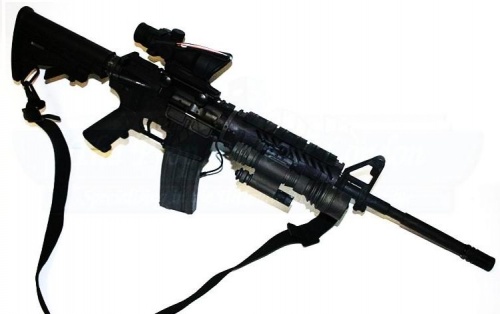 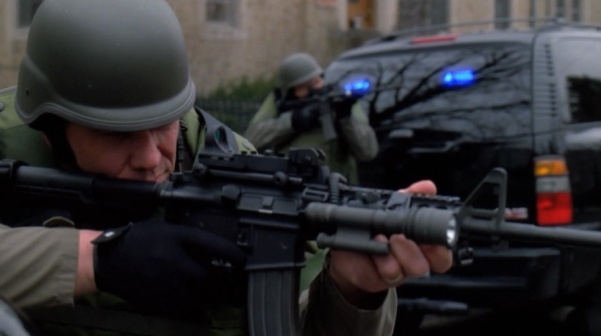 FBI SWAT agent is armed with the Model 6920 Carbine in "Hell" (S10E17). Note that his C-More sight has been mounted in the opposite direction. Since the rifle has mounted a first production Pentagonlight MD3R (early version of this flashlight had laser/IR illuminator ending with smooth design, as in the screencap) and this episode was shot in 2008, these features recall very much the Model 6920 Carbine used by Will Smith in the film I Am Legend (2007).

Smith & Wesson M&P15 Tactical - 5.56x45mm NATO. This is the earliest production model of the M&P15 Tactical, fitted with a free-floating quad rail forearm. 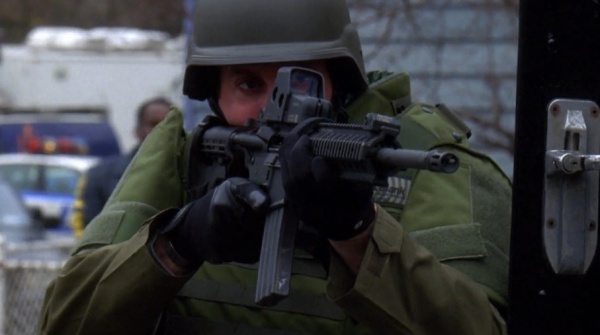