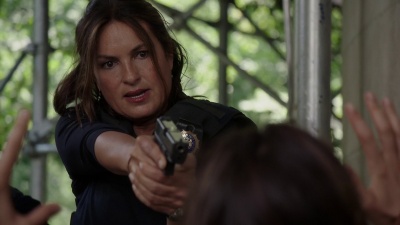 Mariska Hargitay is an American actress best known for her role as Detective (later Captain) Olivia Benson in the series Law & Order: Special Victims Unit, a role for which she received a Primetime Emmy Award for Outstanding Lead Actress in a Drama Series in 2006. She has portrayed the character for over 23 seasons, making her role one of the longest serving primetime series regulars in US television history. She is also the daughter of the late actress Jayne Mansfield and actor/bodybuilder Mickey Hargitay.