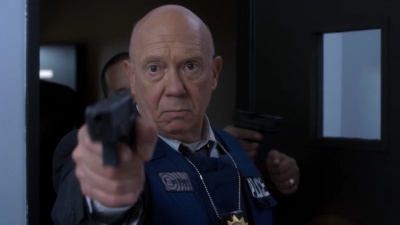 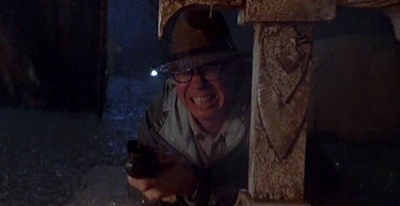 Dann Florek with a sawed-off Remington 870 as Mr. Mehlor in Hard Rain.

Dann Florek is an American actor who portrayed the character of Captain Donald Cragen from 1990 to January of 2014, spanning the first three seasons of the original Law & Order, the television film Exiled and nearly fifteen seasons of Law & Order: Special Victims Unit.