The Colt Woodsman and variants can be seen in the following films, television series, video games, and anime used by the following actors:

Colt "Pre-Woodsman" - .22 LR. As the name suggests this pistol was produced by Colt before the "Woodsman" name was adopted (being originally sold as simply the "Colt Automatic Pistol, Caliber .22 Target Model") and can be identified by its thinner "pencil barrel". 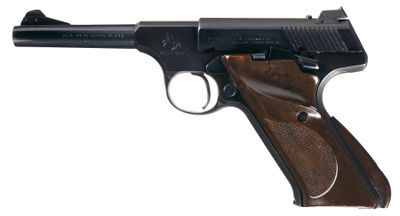 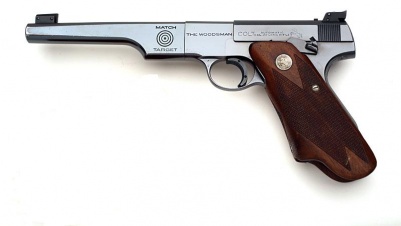 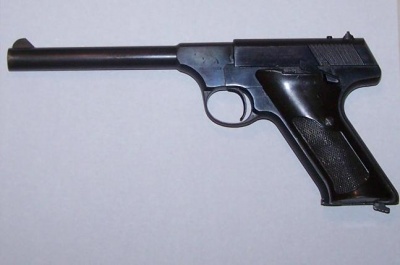 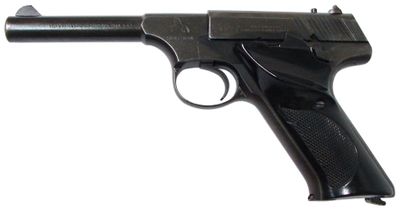 Colt Huntsman, 4.5" barrel - .22 LR. This is an Early model gun as indicated by the black plastic grips as opposed to the chequered walnut grips which were used on later guns.

The Colt Huntsman is a simpler "budget" version of the Woodsman and is direct replacement for the Colt Challenger, differing only in its use of a 3rd Series frame. Like all 3rd Series Woodsmans, the early models were produced with black injection moulded grips before being replaced with walnut grips in 1960.