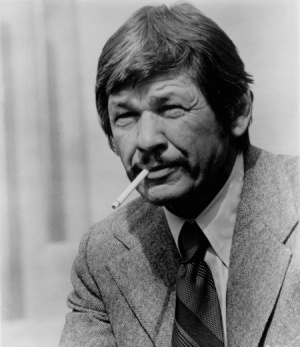 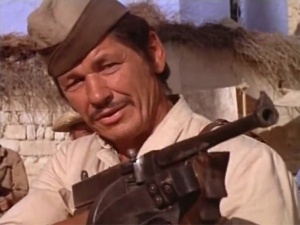 Charles Bronson with Thompson Submachine Gun as Josh Corey in You Can't Win 'Em All (1970). 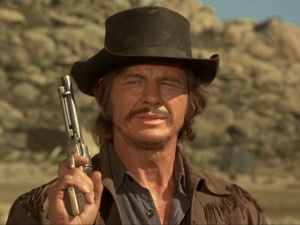 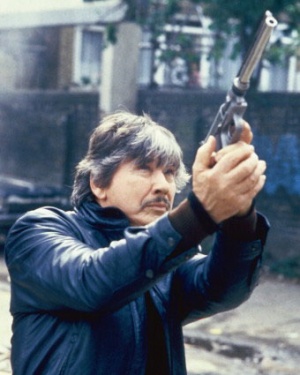 Charles Bronson (born Charles Dennis Buchinski) was an American actor who made a name for himself playing rough and gritty "tough guy" characters in mostly crime thrillers, war movies and westerns. Though he was most famous for his iconic role as Paul Kersey in the Death Wish film series, Bronson was also well known for his roles in such films as The Magnificent Seven, Battle of the Bulge, The Great Escape, The Dirty Dozen, Mr. Majestyk, The Valachi Papers, Borderline and Chato's Land, where he played a half-breed Apache. Bronson was a World War II veteran who served as an aerial gunner on a B-29 bomber of the 61st Bombardment Squadron, 39th Bombardment Group. Bronson flew 25 missions against the Japanese home islands based on the island of Guam and in 1945 received the Purple Heart.