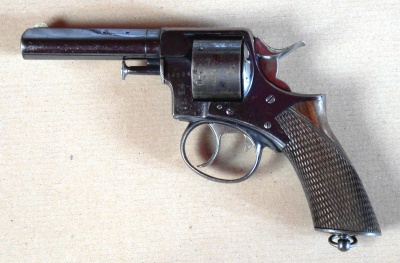 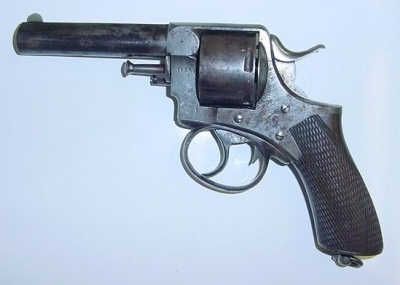 The Webley RIC (Royal Irish Constabulary) model was Webley's first double-action revolver, and adopted by the RIC in 1868, hence the name. It is a solid frame, gate-loaded revolver, chambered in .442 Webley. There are three separate generations which are most easily distinguished by the cylinder design: the "First Pattern" which has the cylinder stop notches at the front, the "Second Pattern" where they were moved to the rear, and the "New Model" which has a longer fluted cylinder. General George Armstrong Custer was known to have owned a pair, which he used at the Battle of the Little Bighorn in 1876.

The Webley RIC and variants can be seen in the following films, television series, video games, and anime used by the following actors: