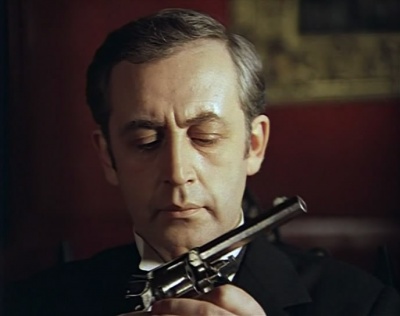 Vasily Borisovich Livanov (born July 19, 1935) is a Soviet and Russian film actor and screenwriter. In 1959-2008 he appeared in about 40 movies and voiced many animations. In 2006 Livanov became an Honorary Member of the Order of the British Empire.