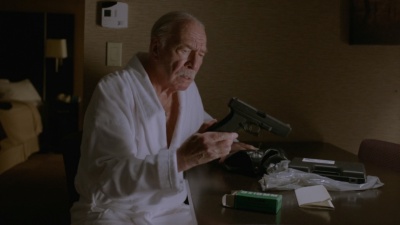 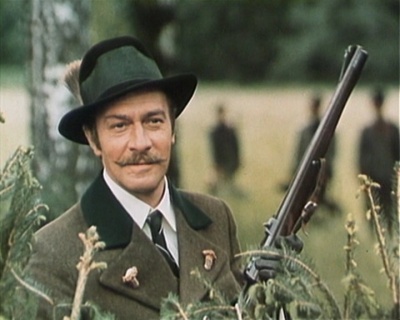 Christopher Plummer (1929–2021) as Archduke Ferdinand with a Steyr Mannlicher-Schoenauer rifle in The Day That Shook the World (1975).

Arthur Christopher Plummer (1929–2021) was a Canadian actor well known to film audiences for his role as Captain Georg von Trapp in the 1965 film The Sound of Music. In addition, his five decade long acting career includes roles in such diverse films as The Return of the Pink Panther, Hanover Street, Dragnet (1987), and The Insider. For his role in the 2010 film Beginners, Plummer received the Academy Award for Best Supporting Actor, making him the second oldest person (at 82) ever to receive such an award in an acting category, and also making him one of the few performers to complete the "Triple Crown of Acting" (an Academy Award, an Emmy Award, and a Tony Award, for performances in film, television and theater, respectively). In 2018, at the age of 88, Plummer became the oldest actor ever to be nominated for an Academy Award for his role as J. Paul Getty in the film All the Money in the World. He is also the father of actress Amanda Plummer. He passed away in February of 2021 at the age of 91.