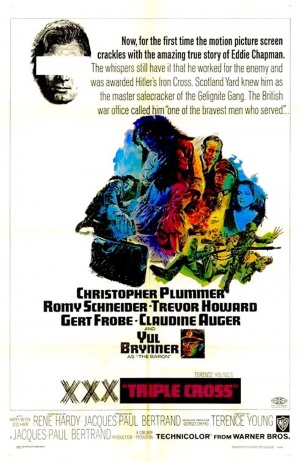 Triple Cross is a 1966 World War II period spy film of a joint British-French production directed by Terence Young, loosely based on the exploits of real-life criminal-turned-British double agent Eddie Chapman who infiltrates the Nazi-German intelligence services and aids the British armed forces in exchange for a free pardon for his past crimes. The film stars Christopher Plummer, Romy Schneider, Gert Fröbe, and Yul Brynner.

The following weapons were used in the film Triple Cross:

The Luger P08 is the standard sidearm given to the Nazi officers throughout the film, and as such is carried by Eddie Chapman (Christopher Plummer), Colonel Steinhager (Gert Fröbe), and SS-Hauptsturmführer Keller (Harry Meyen). 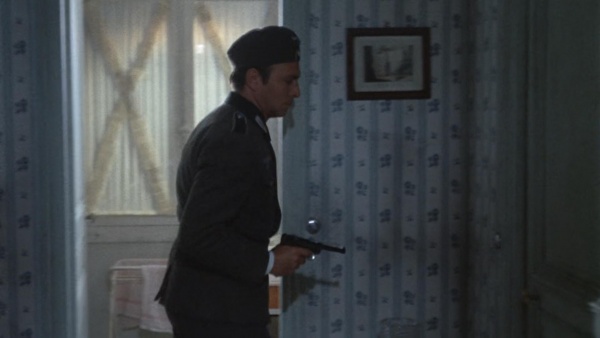 Masquerading as a German officer, Chapman carries the Luger P08 during a demonstration raid on a suspected French resistance quarters. 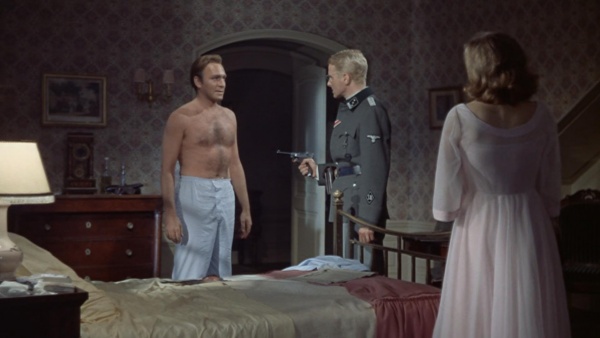 Keller threatens Chapman with his Luger P08 after the former disobeys an order. 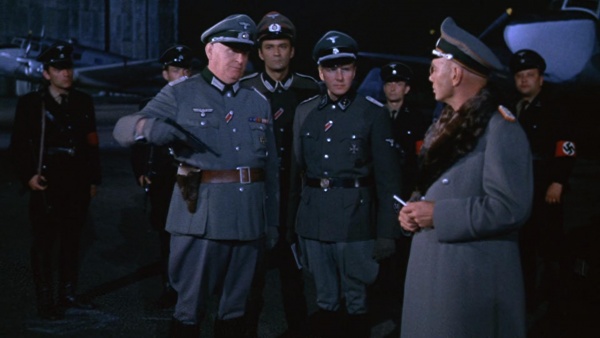 Colonel Baron von Grunen (Yul Brynner) keeps a Walther P38 in his study, which he hands to Chapman so he would demonstrate his shooting skills. 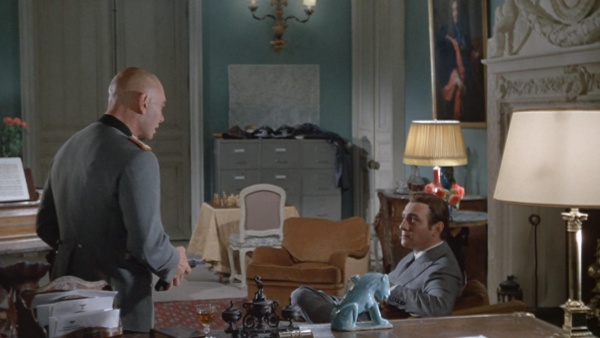 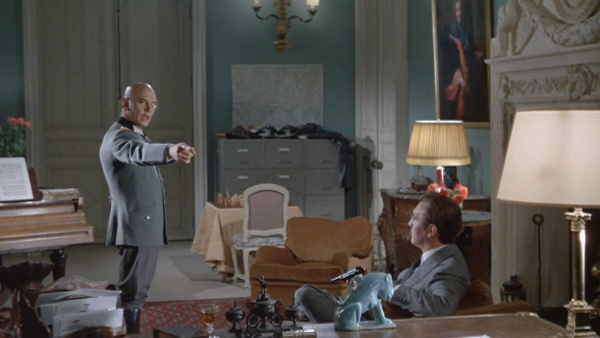 Baron von Grunen demands Chapman to shoot the statue on his desk. 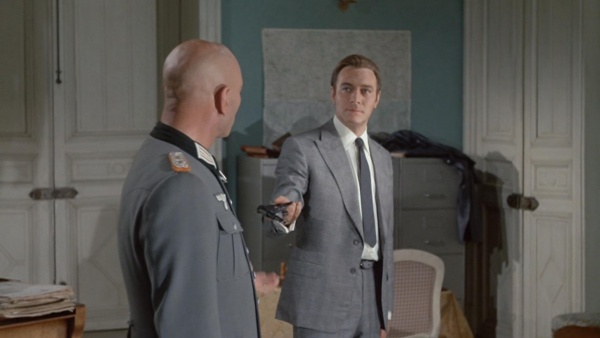 Chapman hands the Baron's P38 back to him after firing the pistol.

An SS officer sent to accompany Keller on an attempt to entrap and arrest Chapman is seen training a Mauser HSc on their person of interest. This could probably be a substitute for a Walther PP or a PPK since that was the sidearm SS hounds usually carried. As most of the film was shot in France, it is likely that they couldn't supply a PP/PPK and opted for a similar pistol instead. 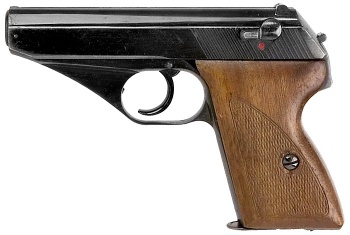 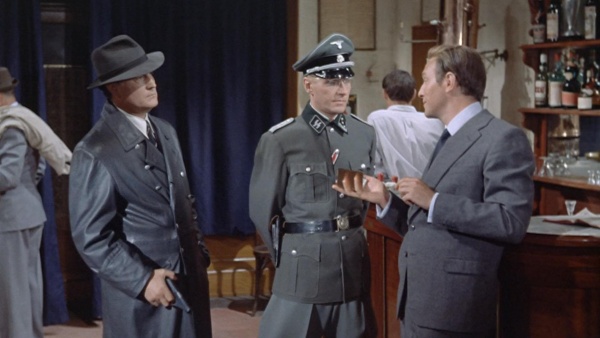 Chapman calls Keller's bluff to entrap him while an SS officer is armed with a Mauser HSc.

The Nazi-German firing squad use Karabiner 98ks to fake an execution at a prison in Occupied France. Nazi soldiers elsewhere are also seen armed with the rifle throughout the film. 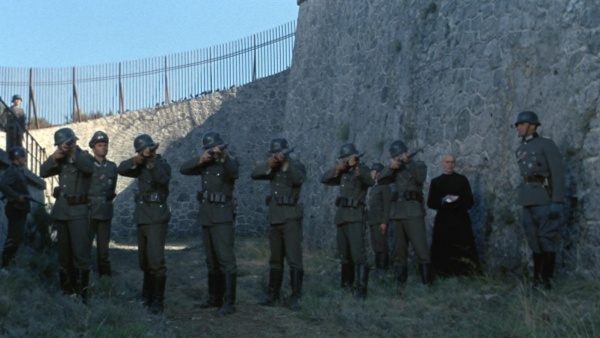 The firing squad fakes an execution.

A scene depicting modifications for espionage purposes at the artillery features an MP40 with a curved barrel developed by the Nazi-Germans called the "Krummlauf". There is no known fact that MP40 was capable of employing such barrels as the attachment was specifically designed for the Sturmgewehr 44 assault rifle. But, as this film was made during the spy craze of the sixties, such larger-than-life gadgetry had to make its presence in most spy films. The weapon is carried by both Keller and Chapman during the demonstration. Standard MP40s are also seen carried by Nazi-German soldiers throughout the film. 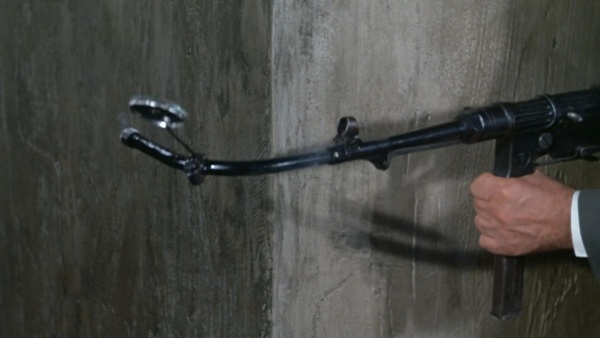 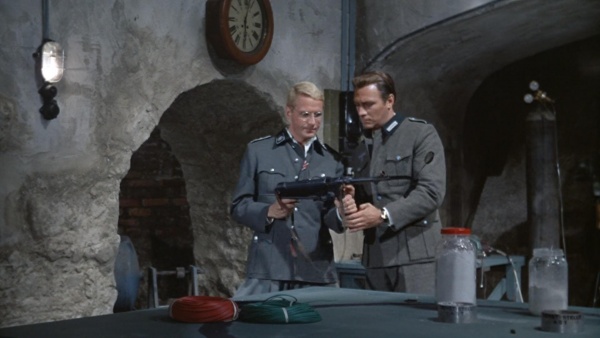