Amphibian Man (Original title: Человек - амфибия, Chelovek-Amfibiya) is a Soviet 1961 science fiction adventure movie directed by Vladimir Chebotaryov and Gennadi Kazansky and based on the novel by Aleksandr Belyaev. In some South American country fishermen and pearl divers are frightened by the appearance of a mysterious underwater humanoid whom they call "Sea Devil". Soon it turns out that "Sea Devil" is a young man called Ichthyander ("fish-man"). As a result of experiment by Prof. Salvator, Ichthyander can breath both on land and under water. Once Ichthyander saves a drowning young woman Gutiérre and falls in love to her. But cruel Pedro Zurita, the owner of pearl-fishing company, wants to marry Gutiérre and to enslave Ichthyander...

The following weapons were used in the film Amphibian Man (Chelovek-Amfibiya):

Pedro Zurita (Mikhail Kozakov) carries a nickel plated revolver with pearl grips. It appears to be a British Constabulary, a Belgian-manufactured version of Webley RIC revolver. 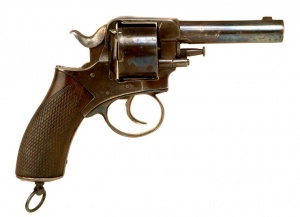 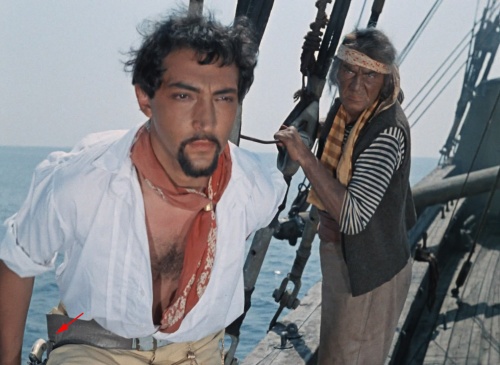 A pearl grip can be seen at the left. 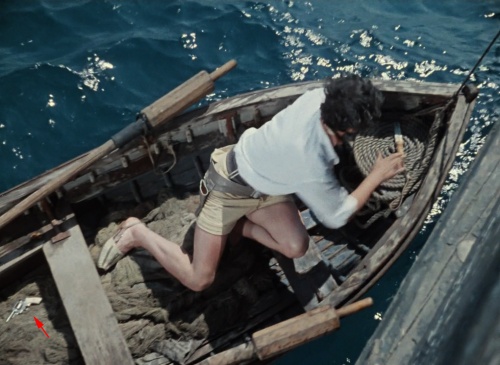 Zurita drops his revolver while jumping into the boat. 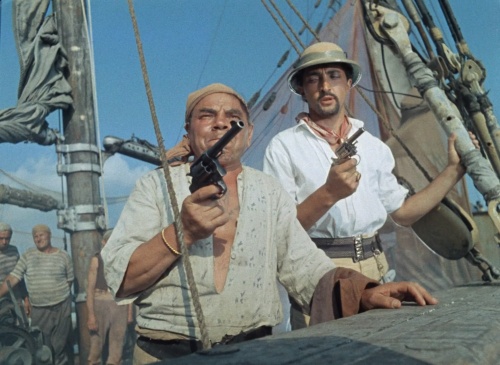 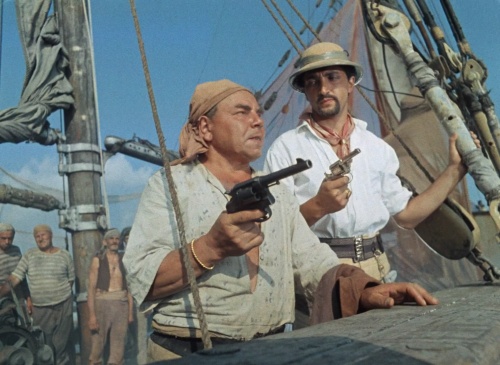 Zurita (at the right) holds his revolver during the confrontation with Prof. Salvator and Olsen. 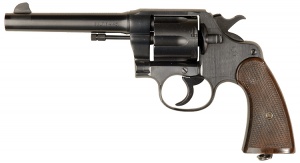 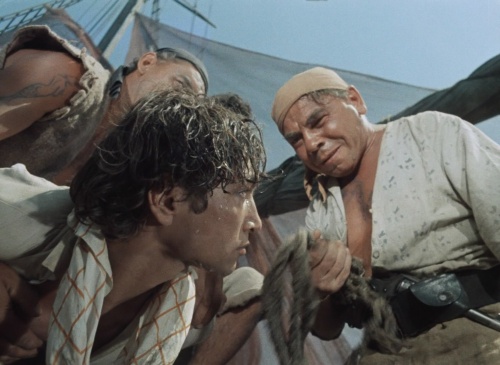 The boatswain carries his revolver tucked at belt. 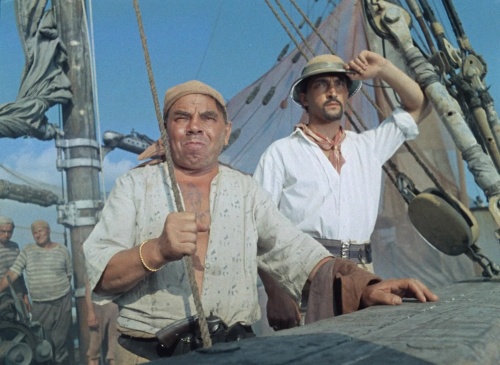 A grip with lanyard ring can be seen.

Zurita's boatswain (at the left) holds his revolver during the confrontation with Prof. Salvator and Olsen. 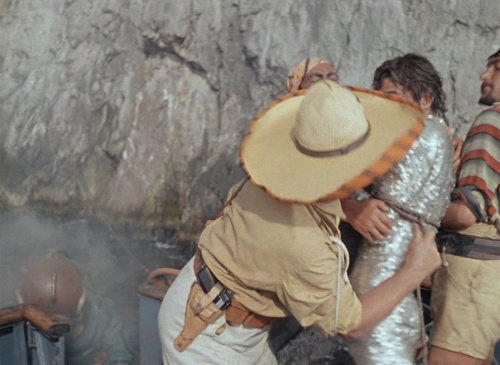 A pistol is seen in the holster of policeman. 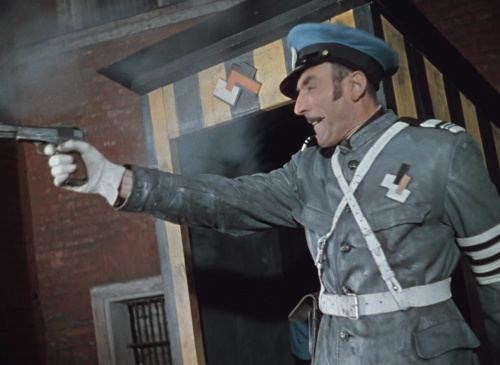 The commander of prison guards (Sergey Boyarskiy) fires his Hi-Power.

Carlos (Stanislav Chekan), a prison guard, is armed with an Astra 600 pistol. 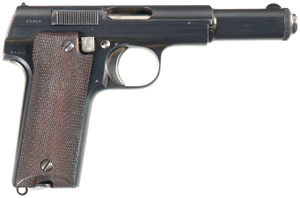 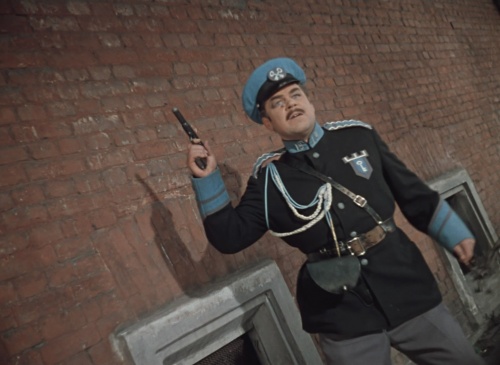 Baltazar (Anatoliy Smiranin) carries a Winchester Model 1912 during the hunt for Ichthyander. 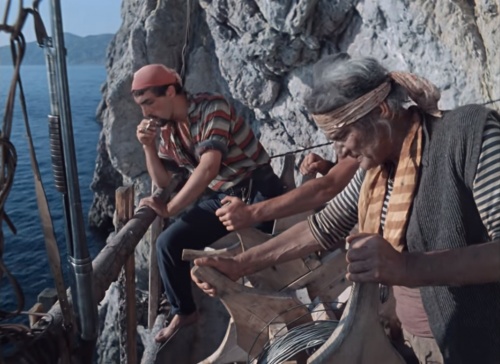 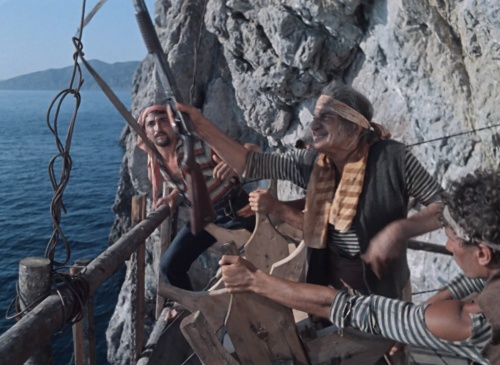 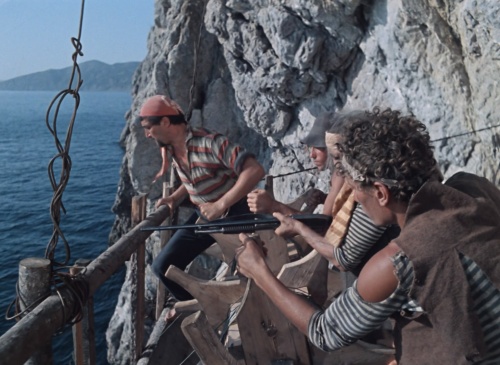 Several prison guards are armed with rifles that are seen very briefly and unclear. What is seen best is a full-length Mauser model, possibly a Gewehr 1898 or a Czech or Polish variants. 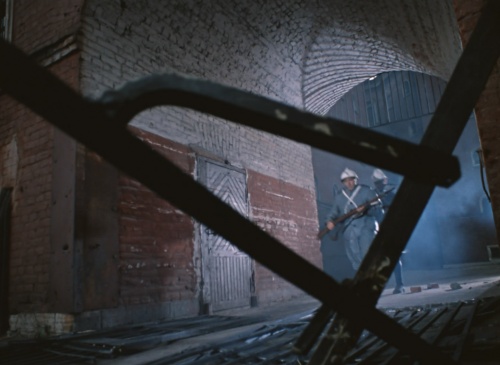 A prison guard runs with a full-length Mauser rifle.

One policeman carried the Browning Hi-Power in custom-tailored holster, which possibly to be originally intended for Steyr M1912 (judging by size of the pocket for spare clip), although it is cannot sayed for sure.

Several prison guards carried the Browning Hi-Power pistols in holsters for Tokarev TT-33 (original holster of Browning Hi-Power looks very similar, but the TT-33 version is more likely), complete with what appears to be a shoulder-belt of the Soviet traffic police. 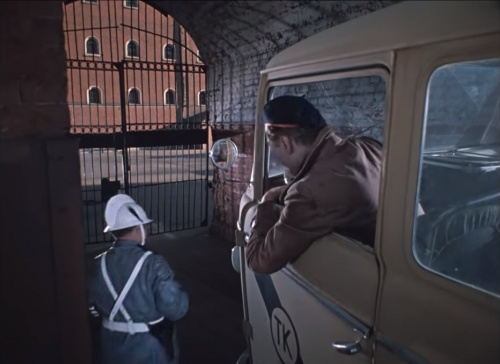 A good view. Several other common guards also carry Hi-Power pistols in analogous holsters, but they are visible only from a distance. 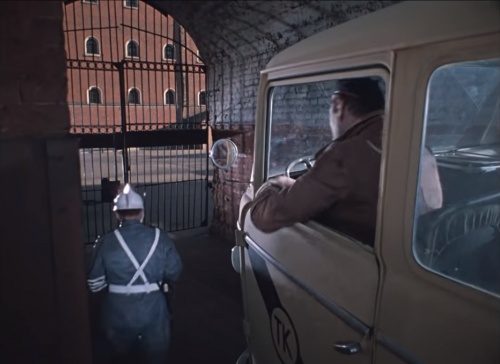 The Hi-Power's wide magazine is seen.

The commander of prison guards (Sergey Boyarskiy) fires his Hi-Power, with TT-33 holster on hip.

Some policemen carry what appears to be the ammunition pouches for Gewehr 98/Karabiner 98k, although they do not carry rifles. 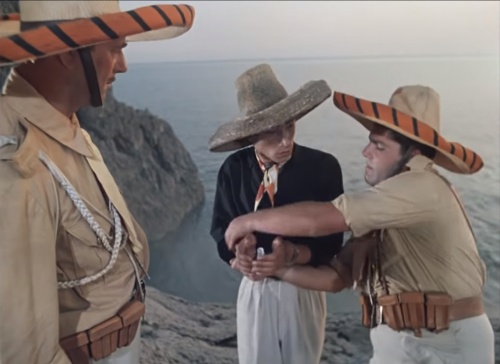