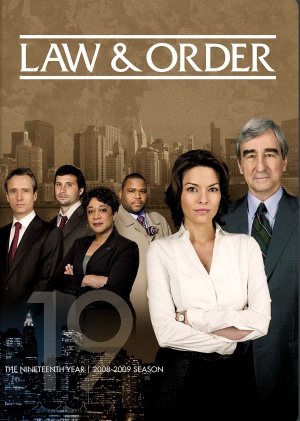 The following weapons were used in Season 19 of the television series Law & Order:

A Smith & Wesson Model 36 is the revolver carried by Lieutenant Anita Van Buren (S. Epatha Merkerson). Despite the NYPD having officially switched to automatic pistols on January 1st, 1994, more senior officers like van Buren were "grandfathered" in and allowed to continue carrying revolvers.