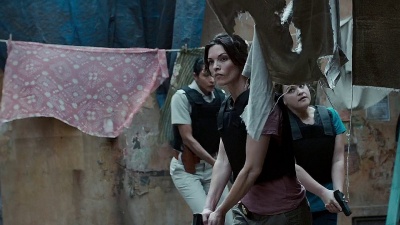 Alana de la Garza is an American actress of Mexican/Irish descent who is perhaps best known for his role as ADA Connie Rubirosa on the original Law & Order, sharing the record (along with Elisabeth Röhm) for the most ADA appearances in the original series, with 85. She would later reprise her role in the subsequent spinoff Law & Order: Los Angeles as well as make an appearance on Law & Order: Special Victims Unit. She also is known for her recurring role of Marisol Delko-Caine in the series CSI: Miami and as Special Agent-in-Charge Isobel Castille in the Dick Wolf-produced series FBI. She also has appeared in such series as Forever, Scorpion, and Criminal Minds: Beyond Borders.