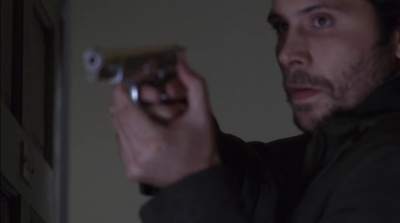 Jeremy Sisto as Lucian Knapp clears a room with his Browning Hi-Power in Kidnapped. 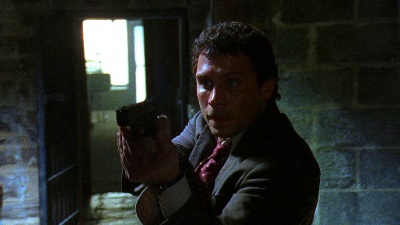 Jeremy Sisto is an American actor who is well known to television audiences for his role as NYPD Detective Cyrus Lupo for three seasons of the original NBC series Law & Order as well as ASAIC Jubal Valentine in the Dick Wolf-produced CBS series FBI. In addition, he appeared as Jesus Christ in the CBS miniseries Jesus and had roles in such films as White Squall, Grand Canyon, Clueless and such series as Kidnapped and The Long Road Home.