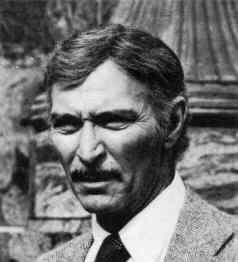 Lee Van Cleef with a Browning Automatic Rifle as First Sergeant Rickett in The Young Lions (1958).