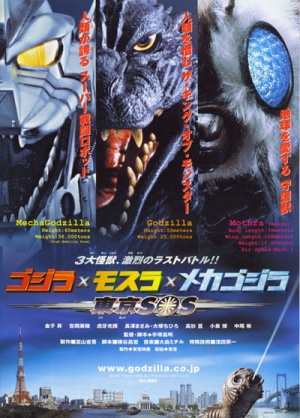 Godzilla: Tokyo S.O.S. is the 27th entry in the Toho-produced Godzilla film series and 5th in the Millennium era. It's a direct sequel to Godzilla Against Mechagodzilla. The cyborg Mechagodzilla aka Kiryu, now aided by Mothra, fights against Godzilla. Hiroshi Koizumi returns as Dr. Shin'ichi Chûjô from the 1961 film.

The following weapons were used in the film Godzilla: Tokyo S.O.S.:

Two soldiers with Type 64 rifles guard the corpse of Kamebos.

A soldier carries Type 64 rifle at the left.

A barrel is seen.

In one scene a unit of JSDF marches with Howa Type 89 rifles.

Note that the rifles lack magazines.

A Sumitomo Minimi machine gun is mounted on a Komatsu LAV.

A Minimi on pivot mounting is seen at the right. 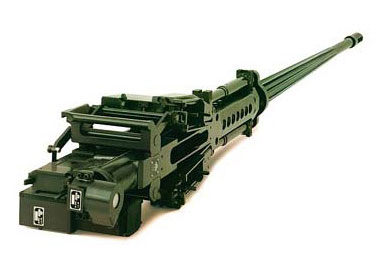 A barrel of KBA gun is seen at the foreground.