The following weapons appear in the video game Medal of Honor: Heroes 2: 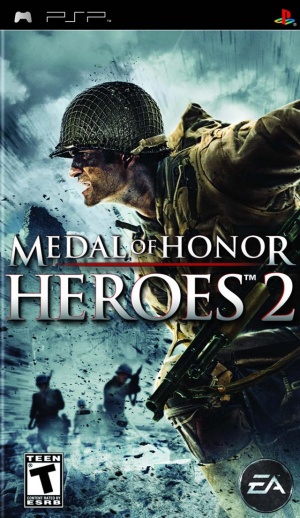 The M1911A1 is the first available sidearm on every level. 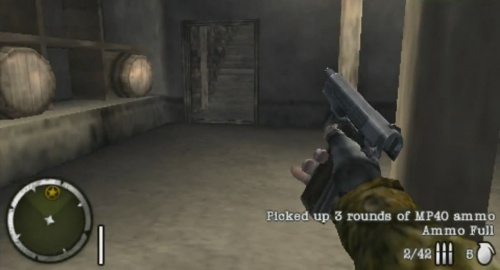 The standard German sidearm in the game is the Luger P08.

The starting weapon in almost every mission is the Thompson M1928A1. 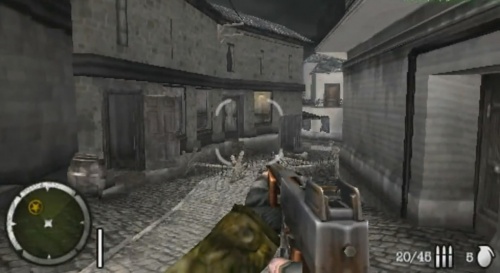 The MP40 is used by the Germans in every level. 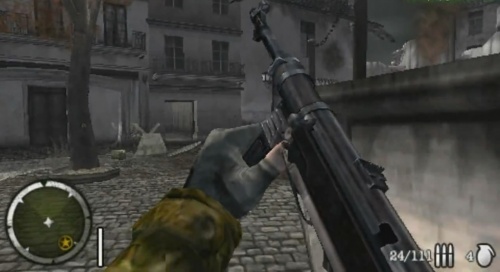 The Browning Automatic Rifle is available in a few of the levels. It has very little recoil and is easily used in ADS. 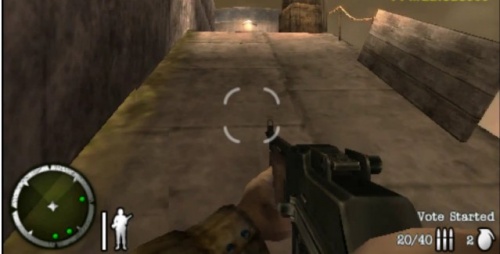 The M1 Garand is available in a few of the levels. 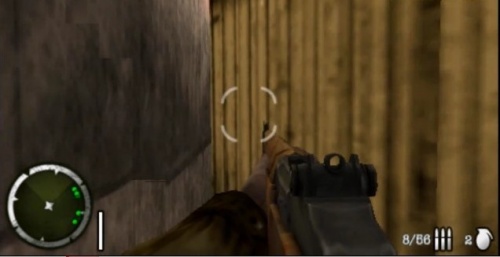 SMLE No. 1 Mk.III with scope

The Sturmgewehr 44 is used by the German officers.

The Karabiner 98k is used by the Germans. 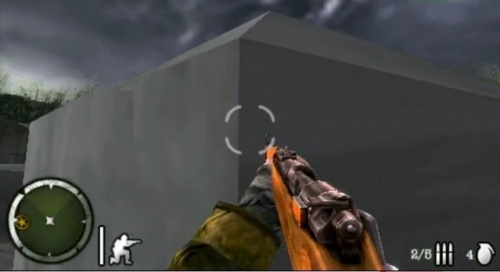 The Karabiner 98k, as it appears in game.

The scoped version of the Gewehr 43 briefly appears in the game. 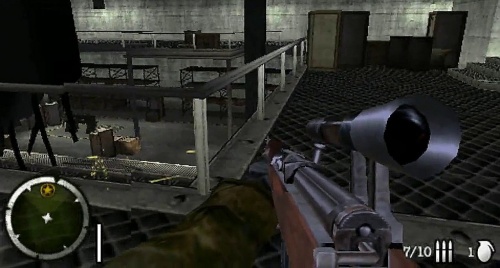 Available in a few levels is a Winchester Model 1897 Trench Gun. It is also seen on the cover, in Lt. Berg's hands.

An M9 Bazooka is useable in some levels.

A Panzerschreck is seen and used by the Germans in some of the levels.