Ryū ga Gotoku Kenzan! (also known as Yakuza Kenzan) is a 2008 game. As yet a Japan-only release, this historical spinoff of the Yakuza series is a fictionalized biopic of the life of famous samurai Miyamoto Musashi, who also goes by the alias Kazumanosuke Kiryu on this game. This game was a showcase of the updated game engine for PlayStation 3, including the use of face scanning technology to model characters after their respective voice-over artists.

Main character Miyamoto Musashi does not use any firearm, but his enemies are armed with guns, specifically Tanegashima muskets. Miyamoto Musashi can also use these weapons, but only as a cudgel. 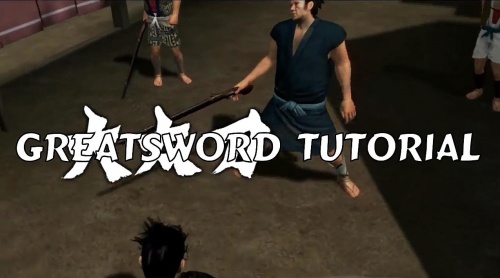 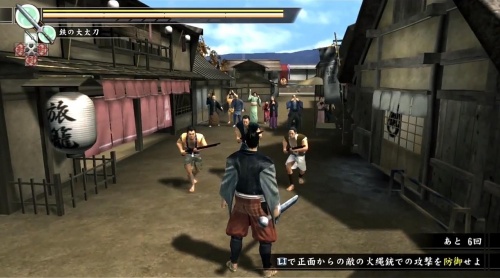 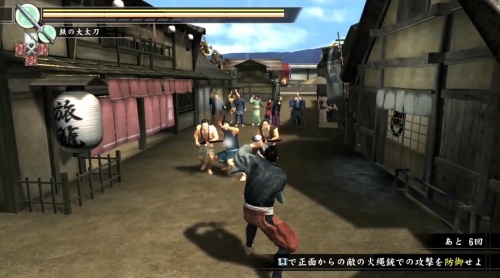 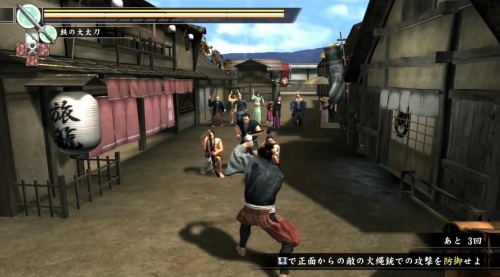 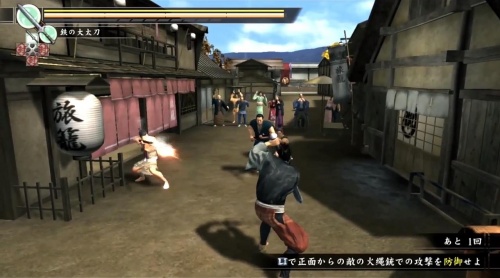 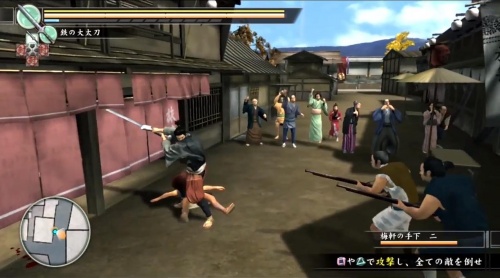 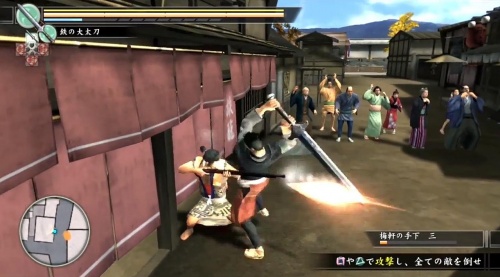 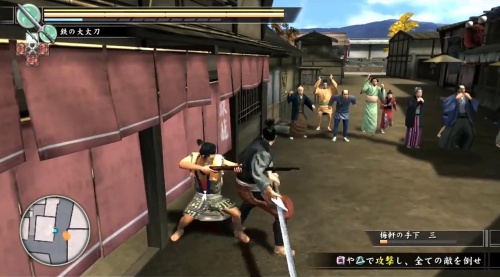 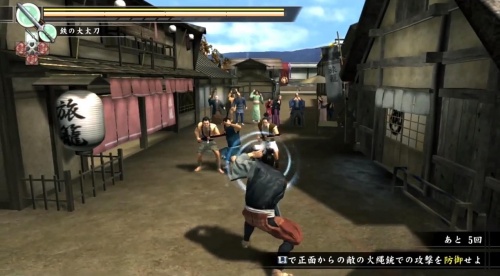 But Miyamoto destroys the musket balls with his sword.

Tenkai uses a Wheellock Pistol at the end of the game. In a rather strange modelling mistake, the dog (the spring loaded arm which holds the flint) is located on the right side of the weapon, whilst the wheel and pan are on the left. 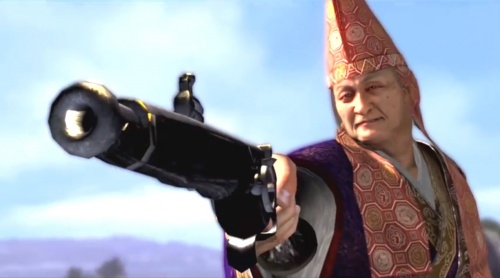 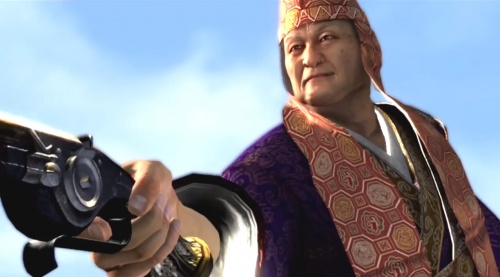