The following weapons were used in the film Kill Panther Kill: 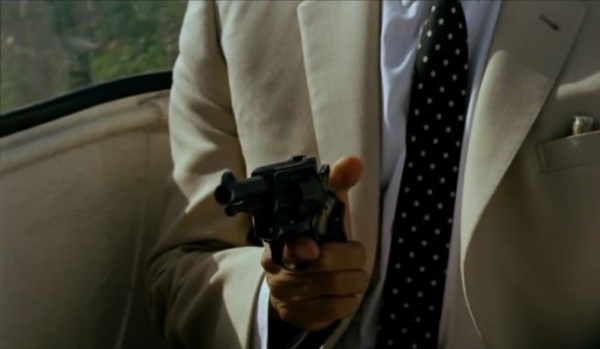 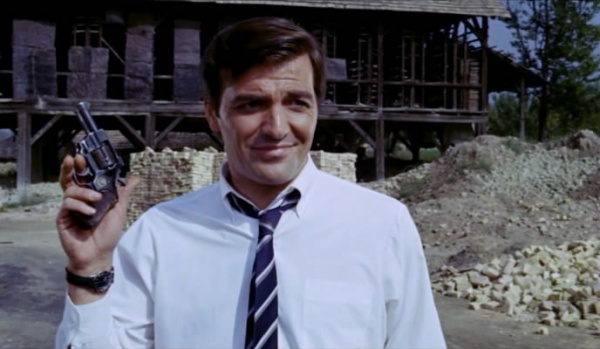 A good view of Jo's revolver. 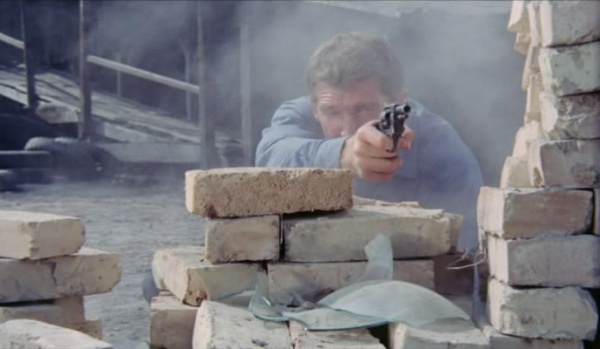 Tom Rowland fires during the shootout on the construction yard. 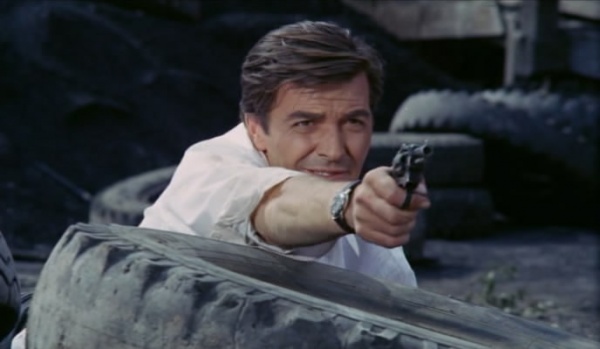 Jo fires in the same scene. 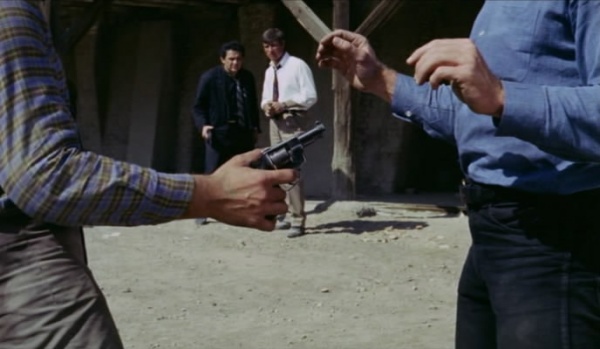 A henchman holds Rowland at gunpoint. 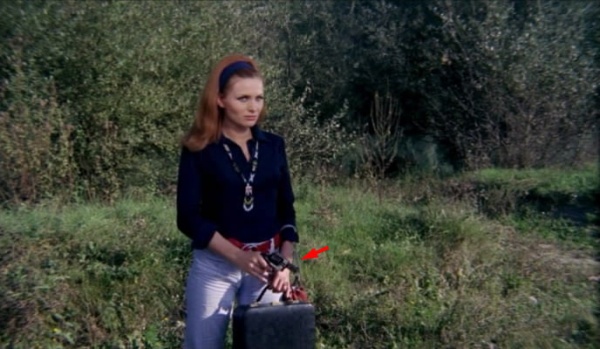 Elizabeth Tracy holds the revolver in the final scene.

Smoky (a cameo of film director Gianfranco Parolini, credited as Frank Kramer) uses a revolver in several scenes. It distantly resembles K-frame or N-frame S&W revolvers but upon a closer examination appears to be rather some blank firing or even a toy gun. Same lookling revolvers are used by some of Anthony's henchmen during the shootout on the construction yard and by a police officer in the opening scene. 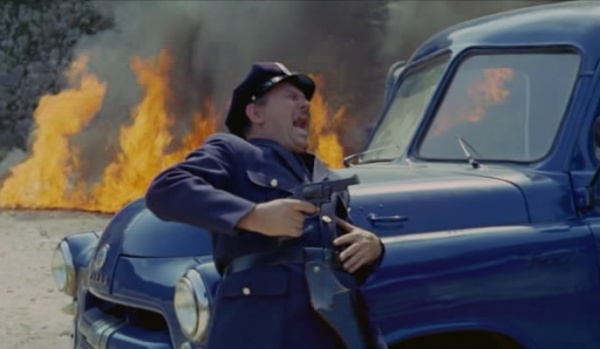 A police officer with a revolver in hand is shot. 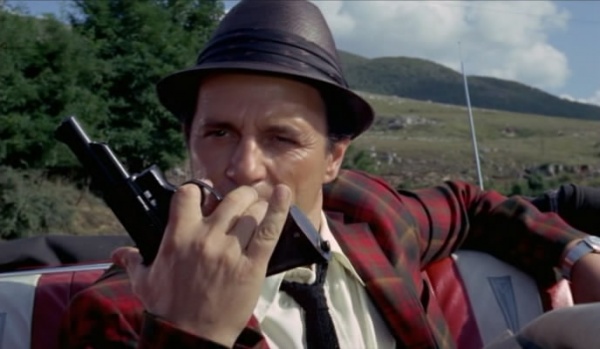 Smoky holds his revolver in the opening scene. 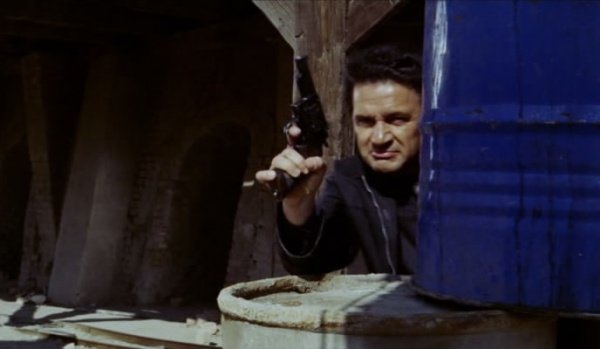 A henchman with a revolver. 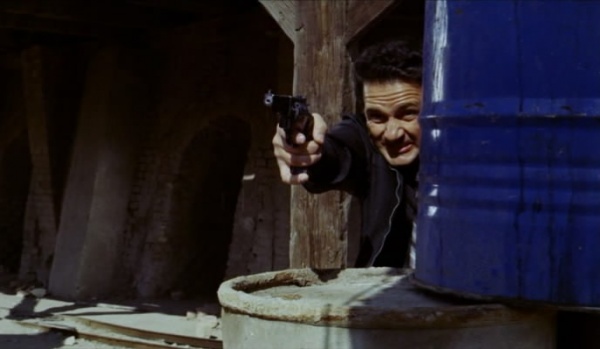 The muzzle bore seems to be very small for a real gun. 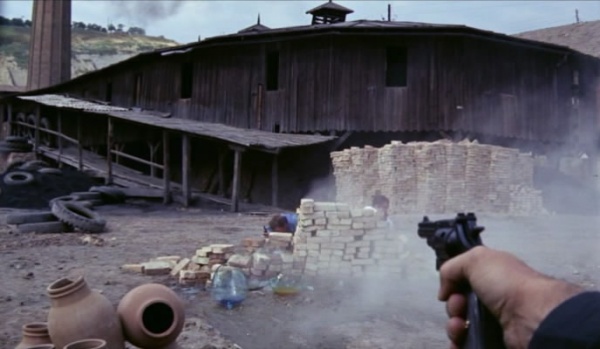 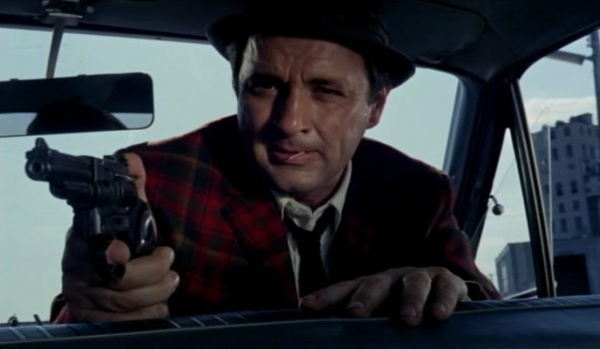 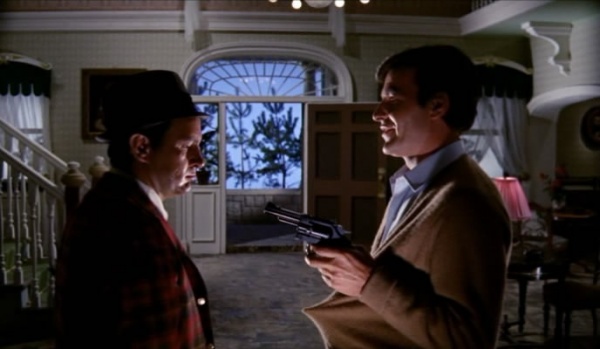 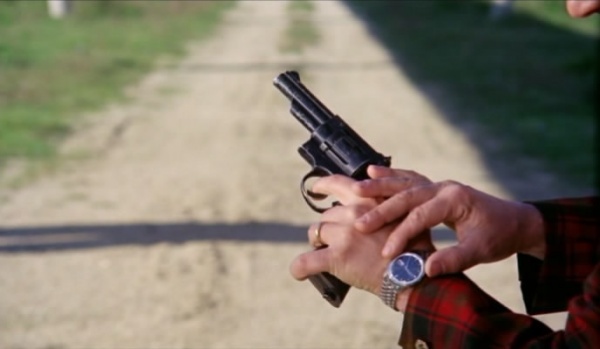 One more view of Smoky's revolver in the final scene.

Anthony (Siegfried Rauch) carries a pistol that distantly resembles a Luger P08. When firing, it produces only some light grey smoke but no muzzle flash, and no part of the pistol ever moves, so it's possibly a toy gun. Same looking pistol is also used by one of Anthony's henchmen during the shootout on the construction yard. 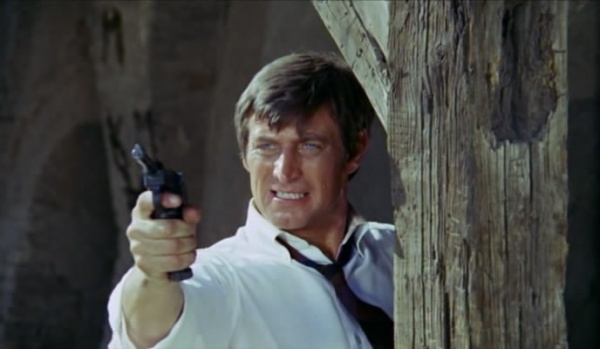 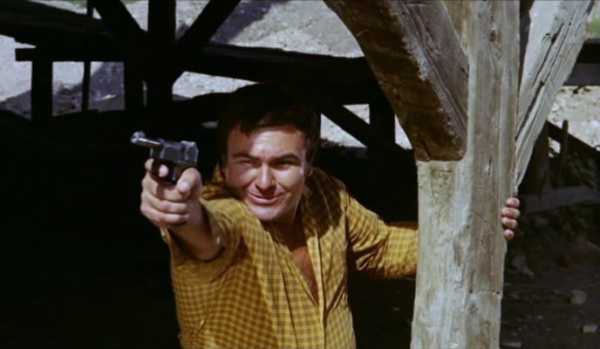 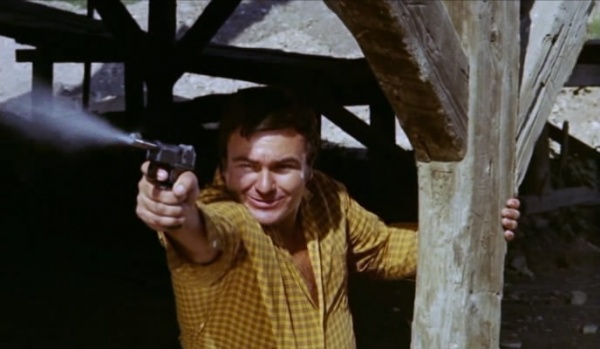 The pistol produces only a light grey smoke. 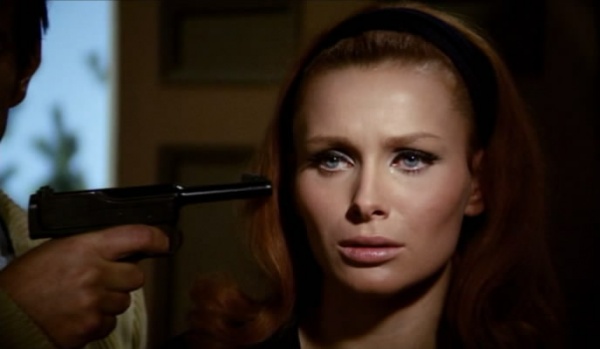 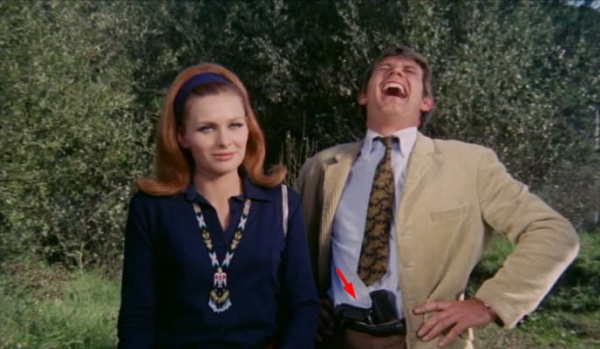 The grip can be seen. 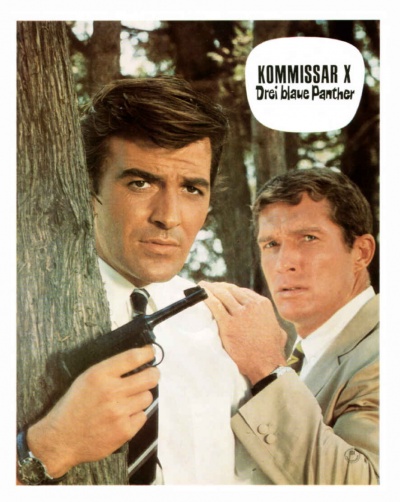 Same pistol on a promotional image. 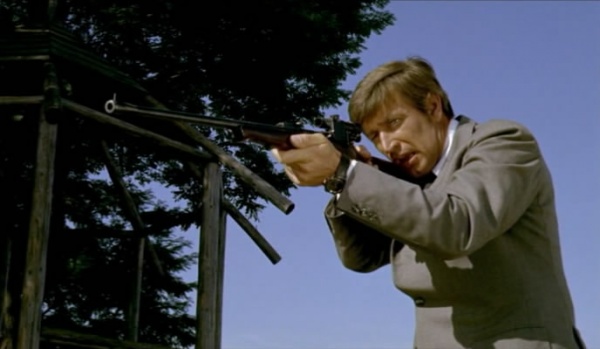 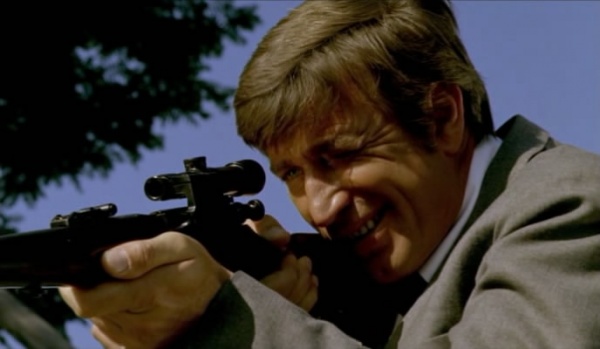 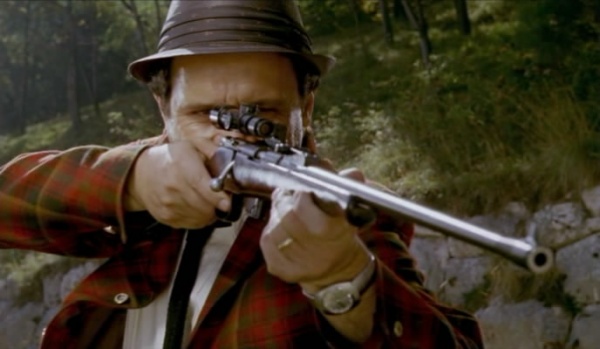 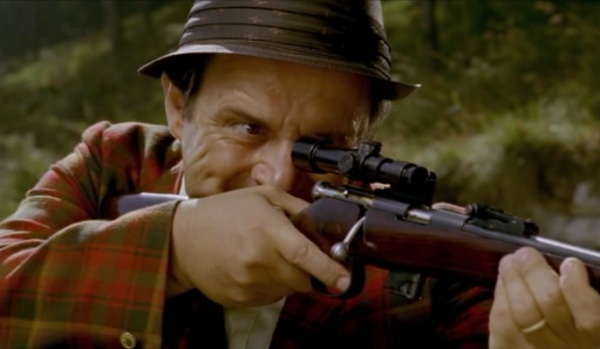 In the opening scene a police officer is armed with a rifle that is seen very unclear. 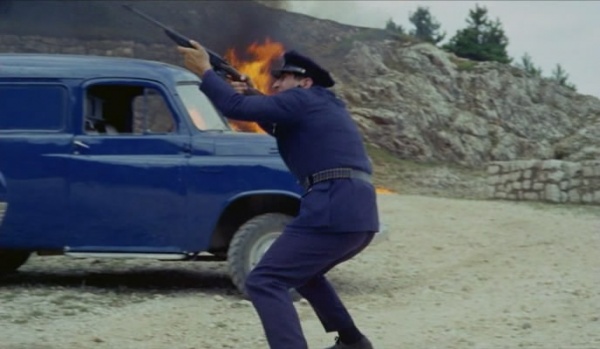 In the scene on a fair Jo Walker (Tony Kendall) is seen with a Feltman Pneumatic BB Sub Machine Gun. 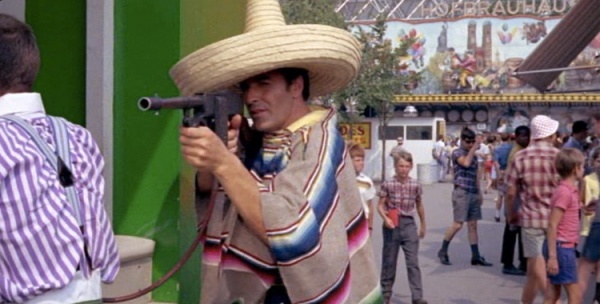 In one scene a pair of hitmen (Giuseppe Mattei and Fortunato Arena) tries to assassinate Jo Walker with spear guns. 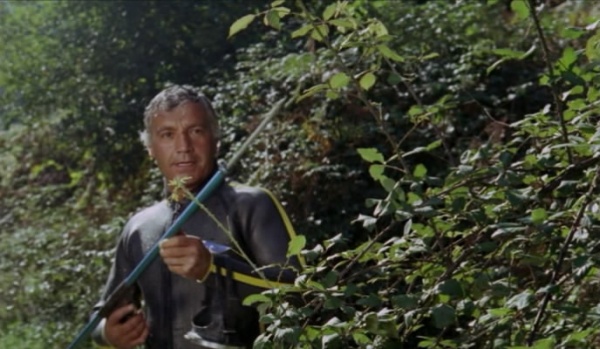 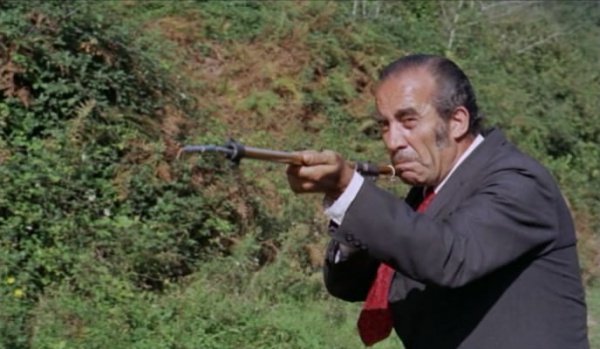