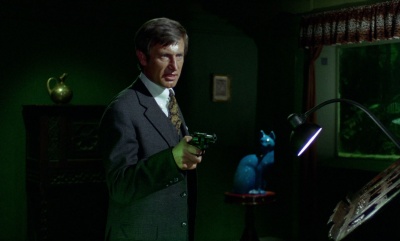 Siegfreid Rauch was a German actor who often portrayed German officers or soldiers in such Hollywood World War II films as Patton, The Eagle Has Landed, Escape to Athena, and The Big Red One. He passed away at the age of 85 in 2018 from sudden heart failure.