Fort Apache, The Bronx is a 1981 drama starring Paul Newman as an NYPD cop who has to deal with working in one of the toughest precincts in the city. The film's title is not only a homage to the 1948 John Wayne film Fort Apache, but also was the nickname given to the actual 41st Precinct in the early 1970s.

The following weapons were used in the film Fort Apache, The Bronx:

The Smith & Wesson Model 10 was the standard service revolver of the NYPD for many years and is used by several officers in the film, including Officer Murphy (Paul Newman) and Officer Morgan (Danny Aiello), who uses the version with the light, tapered barrel. 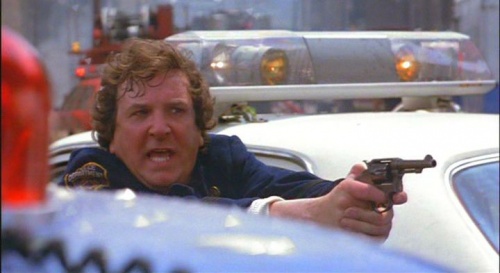 Officer Morgan (Danny Aiello) with a S&W Model 10 drawn as he tries to evade an angry crowd. 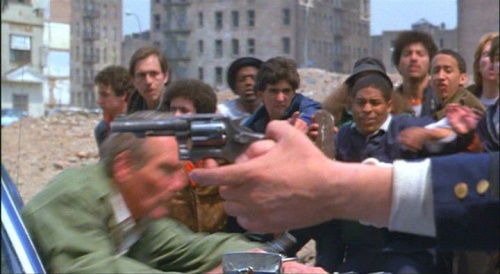 A closeup of the Model 10 as Officer Finley (John Aquino) pulls it during a city disturbance. 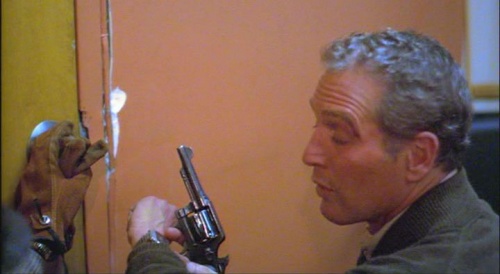 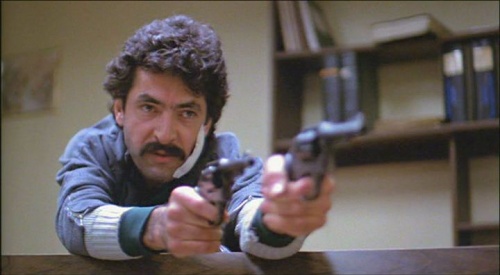 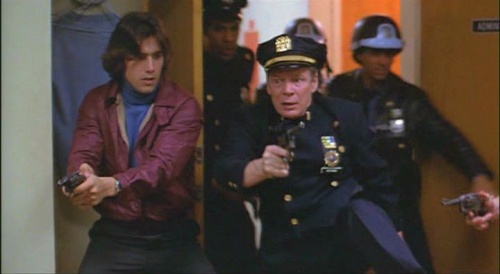 Several Model 10s are drawn during the hostage standoff. 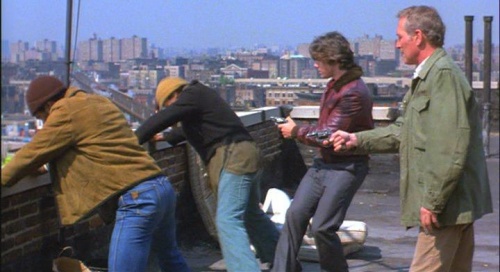 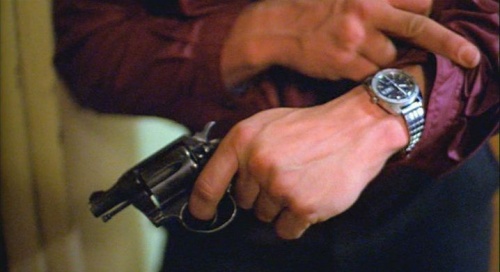 A closeup of Corelli's Colt Detective Special as he checks his watch.

Officer Corelli (on the left) with his Colt Detective Special drawn during the hostage standoff.

A nickel Colt Pocket Positive snub-nose revolver is used by Charlotte (Pam Grier) at the beginning of the film and appears to be the same gun pulled by a drug dealer during the hospital hostage situation. 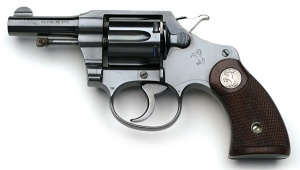 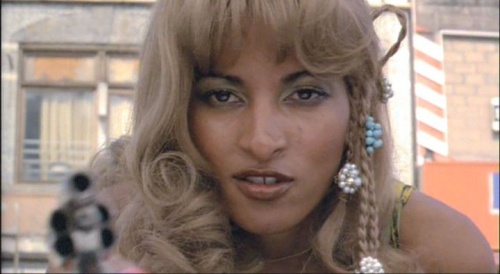 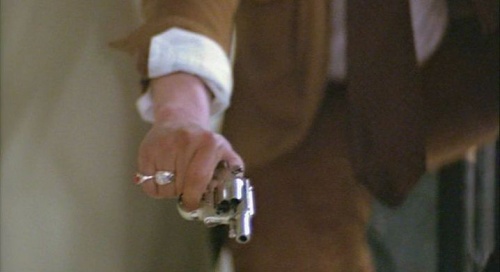 Officer Finley (John Aquino) is briefly seen racking the slide of an M1911A1 that he says he's carrying as a backup weapon after hearing that two officers were shot. 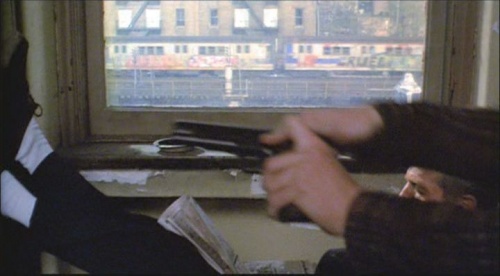 An M1911A1 is briefly seen chambered by Officer Finley.

Officers at the precinct armed with the M1 Carbine are seen taking positions atop the roof of the precinct when protesters assemble outside. 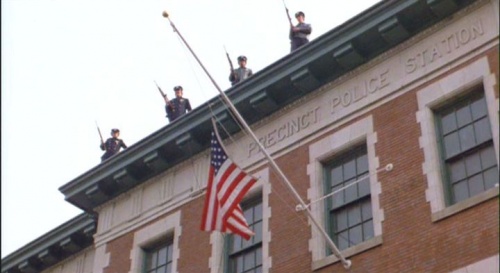 Officers disperse the crowd with tear gas fired from Federal M201-Z Grenade Launchers during the protest in front of the precinct. 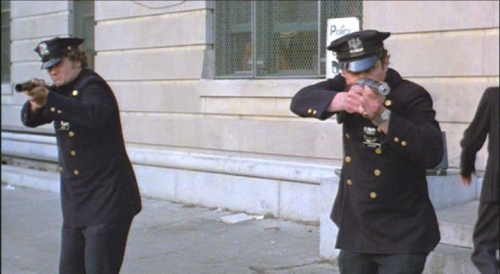 Officers disperse the crowd with tear gas fired from Federal M201-Z Grenade Launchers during the protest in front of the precinct.
Retrieved from "https://www.imfdb.org/index.php?title=Fort_Apache,_The_Bronx&oldid=1525033"
Categories: