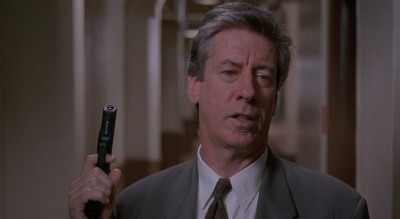 Paul Gleason (1939-2006) was a beloved American character actor who was best known for supporting roles in serious films wherein his character would provide comic relief through his boorish and antagonistic behavior. His best-known film roles include the irritable Assistant Principal Richard Vernon in the 1985 film The Breakfast Club as well as LAPD Deputy Chief Dwayne T. Robinson in 1988's Die Hard. He also starred in 2005's Abominable, where his role as Sheriff Halderman was one of his last before his passing in 2006.