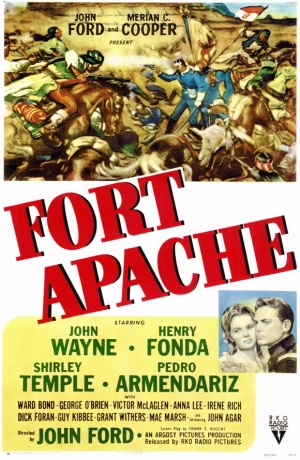 Fort Apache is a 1948 Western directed by John Ford and stars John Wayne, Henry Fonda, former child star Shirley Temple and many members of the so-called "John Ford Stock Company," including Ward Bond, Victor McLaglen and George O'Brien. John Agar (who was married to Shirley Temple at the time) makes his motion picture debut in this film. This was the first of John Ford's "Cavalry Trilogy," three films that feature the US Cavalry with many of the same actors and character names, but not connected in any way, all based on the writing of author James Warner Bellah. Fort Apache would be followed by 1949's She Wore a Yellow Ribbon and 1950's Rio Grande.

Many of the weapons in the film are anachronistic. While the film doesn't give any firm dates, history states that Cochise, the supposed antagonist in the film, made peace and retired in 1872 before passing away in 1874.

The following weapons are used in Fort Apache: 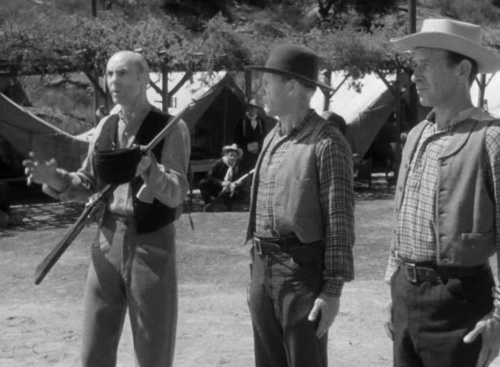 A Southern Recruit (Hank Worden) (left) with his Cavalry Carbine. 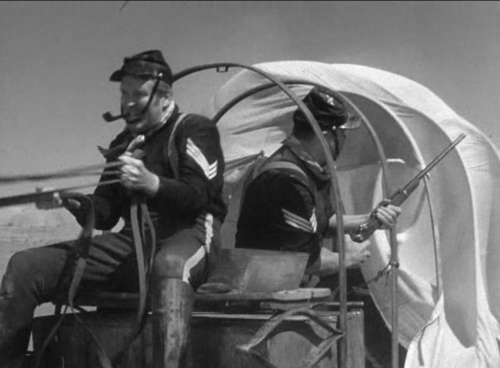 A sergeant fires at the pursing Apache. 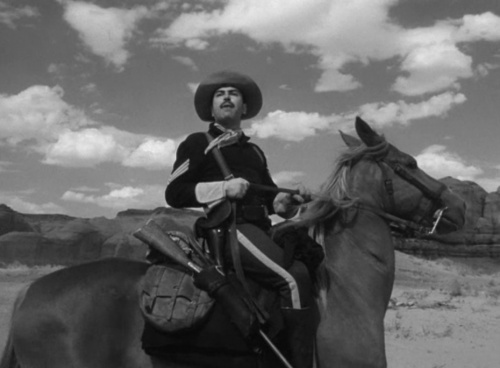 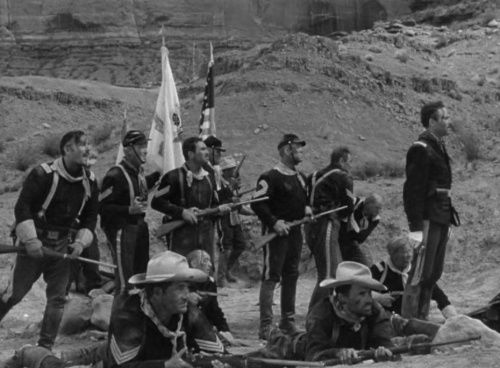 Captain Collingwood (George O'Brien), SGM O'Rourke, SGT Beaufort and the others make their final stand with their carbines. 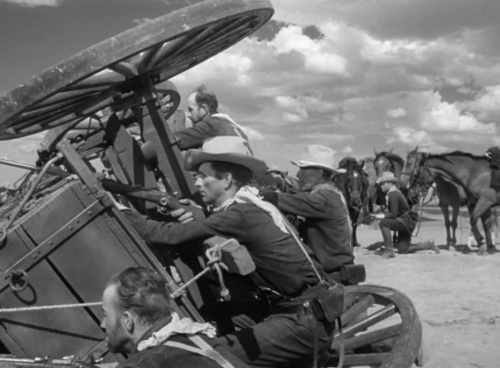 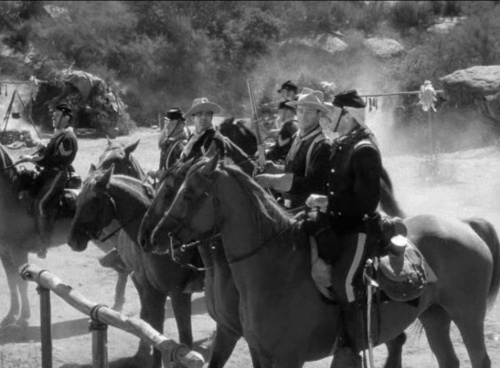 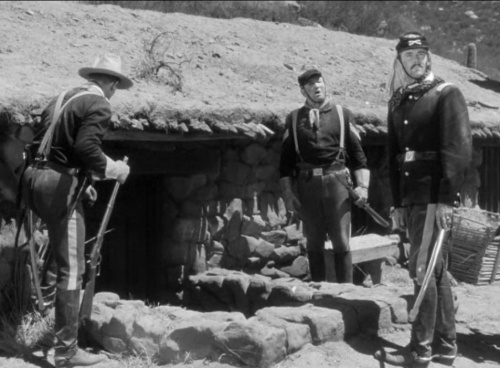 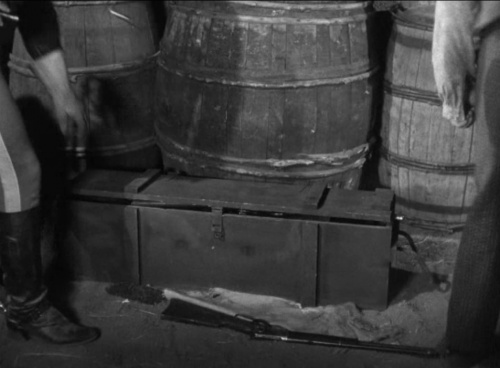 LTC Thursday discovers the illegal cache of rifles. He orders them destroyed.

Few cavalrymen draw their sidearms, but when they do, they're Colt Single Action Army revolvers. 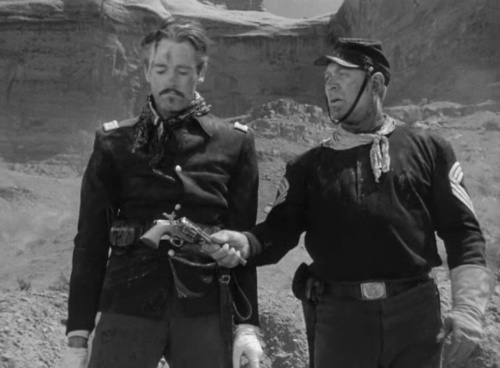 SGM O'Rourke hands LTC Owen Thursday (Henry Fonda) an SAA so they can make their final stand together. 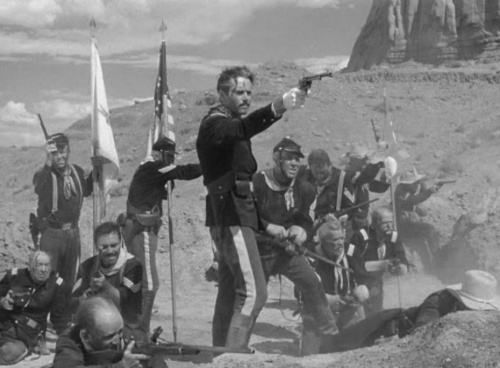 LTC Thursday with his SAA.

Some of the Apache are armed with Winchester Model 1876 musket carbines. 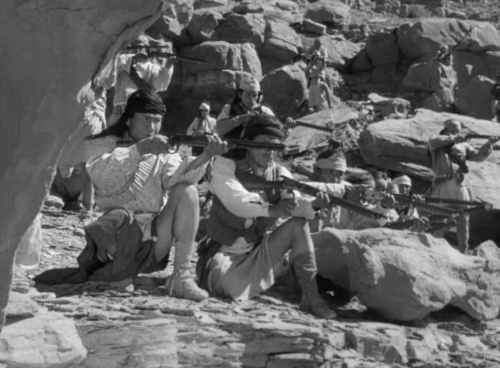 The Apache in the middle with the Winchester 1876. 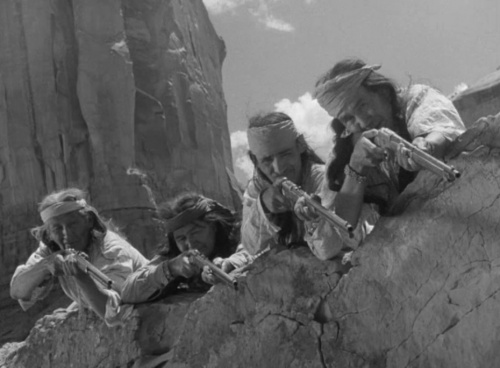 The one on the right with the Winchester 1876. 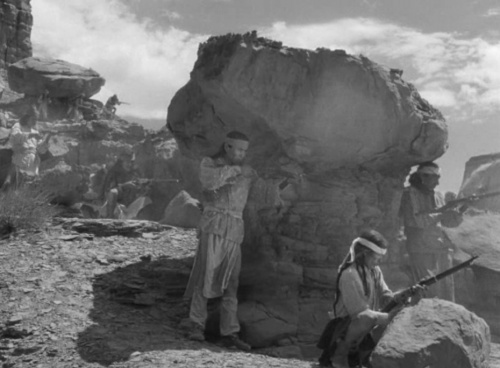 Some of the Apache are seen with Winchester Model 1892 rifles. 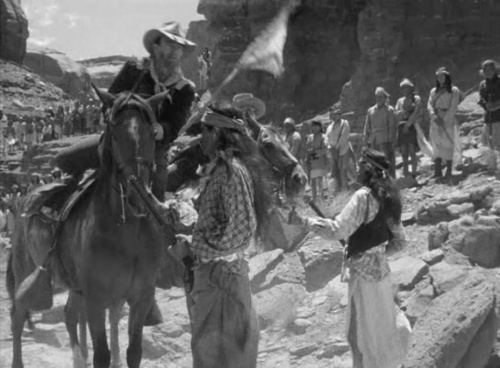 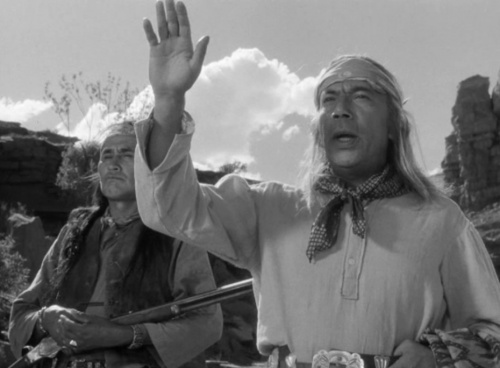 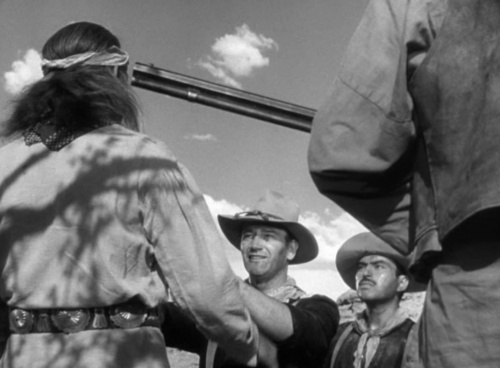 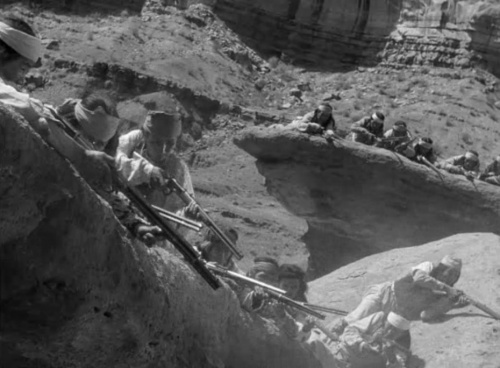 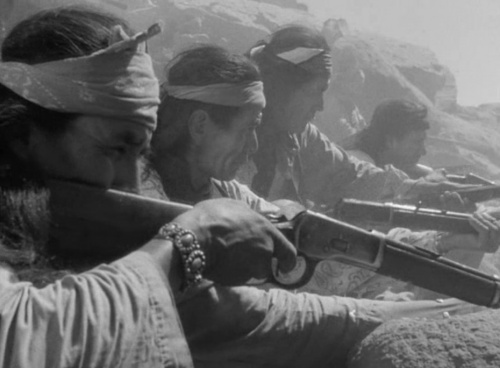 One of the Apaches appears to be armed with a full sized Trapdoor Springfield Rifle. 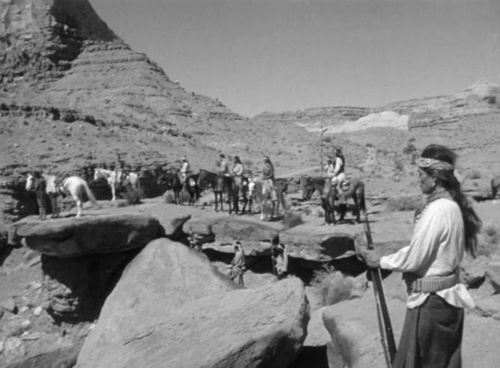 Double Barreled Shotguns are used in the film. 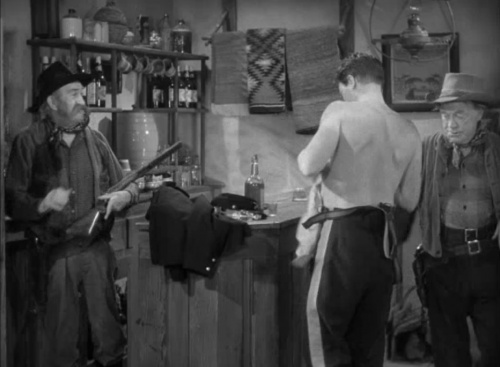 Fen the Stage Guard, played by director John Ford's brother Francis Ford, with the double barreled shotgun. This is one of thirty two films that Francis and John Ford made together. 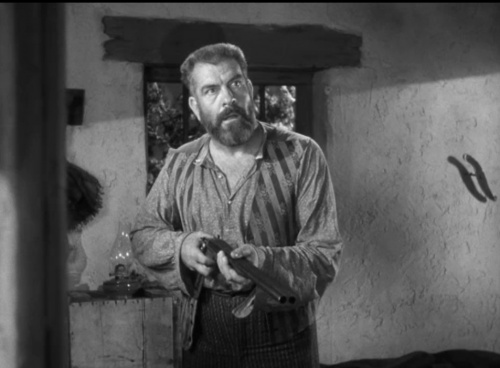