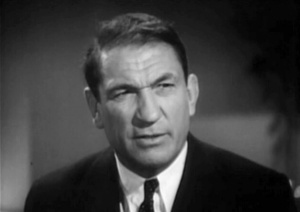 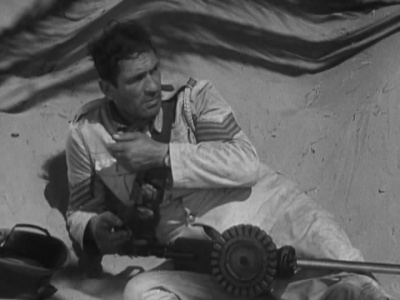 Victor McLaglen with a Lewis Gun as The Sergeant in The Lost Patrol.

Victor McLaglen was an English actor, boxer and veteran who won the 1935 Academy Award for Best Actor for his role in The Informer although he's more famous for playing opposite John Wayne in The Quiet Man. He is also the father of director Andrew McLaglen (The Devil's Brigade, The Wild Geese). Many people would be surprised to learn that he was not Irish, despite his many Irish roles, but actually English.