Crying Freeman is the 1995 live action feature film adaptation of the Japanese anime series of the same name that stars Mark Dacascos as the titular Triad hitman who falls in love with an artist who witnesses one of his hits. The film was French produced and filmed in British Columbia.

The following weapons were used in the film Crying Freeman:

The Freeman Yo Hinomura (Mark Dacascos) carries a Taurus PT92CS fitted with a custom-built compensator as his sidearm. 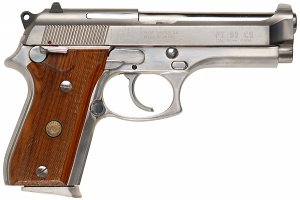 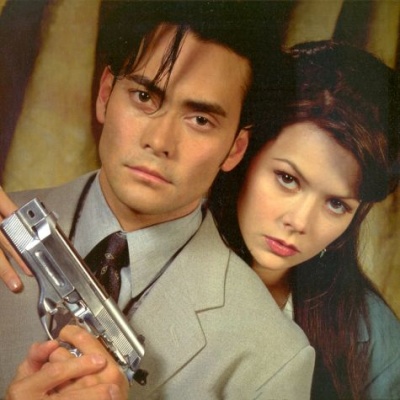 A Taurus PT92CS with explosive device instead of a magazine

Beretta 92F pistols are used throughout the movie by Triad and Yakuza henchmen, and also by Koh (Byron Mann) near the end of the film.

Yakuza henchman fires his Beretta 92F at Yo

Detectives Forge (Rae Dawn Chong) and Netah (Tchéky Karyo) carry Glock 19s as sidearms, as do many of the gangsters throughout the movie. 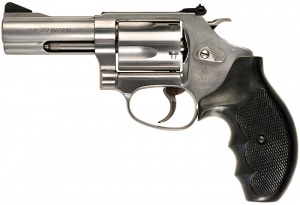 Detective Netah tries to use a Smith & Wesson Model 60 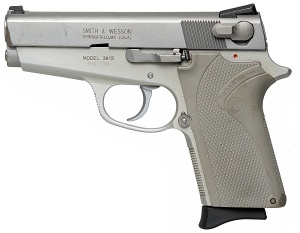 During the final confrontation with the Yakuza, Koh (Byron Mann) conceals a COP 357 Derringer up his sleeve. Although this pistol holds only four rounds, he fires at least eight times without reloading. 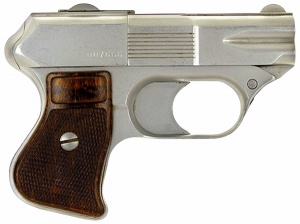 The Freeman's first victim tries to pull a concealed Walther PPK (with a stainless finish) from an ankle holster before he is killed.

During the final confrontation with the Yakuza, Ryuji Hanada (Masaya Katô) pulls a blued AMC .44 AutoMag on the Freeman and Koh, but never uses it. 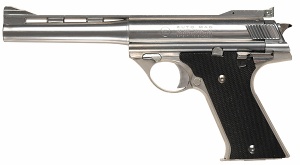 Ryuji Hanada aims his AMG AutoMag at Yo Hinomura 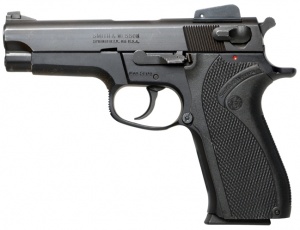 During the confrontation with the Yakuza at the boss' house, Koh (Byron Mann) kills one mobster with his COP 357 Derringer and takes his Remington 870. The 870 used is fitted with a Butler Creek tactical forend, heat shield, door breacher, and pistol grip stock. This exact same shotgun was previously used in Timecop and later seen briefly in Reindeer Games (which had the same armorers).

During the final shootout, Yo Hinomura (Mark Dacascos) wields a custom short-barreled Mossberg 500 shotgun fitted with a forward pistol grip, rear pistol grip, heat shield, door breacher, and a shell holder. This exact same shotgun also appeared in Reindeer Games, 3000 Miles to Graceland, Smokin' Aces 2: Assassins' Ball, Ballistic: Ecks vs. Sever, etc. (all of which had the same armorers as this movie). A Mossberg 500 in the armory

Yo Hinomura holds a Mossberg 500

Throughout the movie, Yakuza and Triad gangsters are seen using both long- and short-barreled versions of the M91S machine pistol. These custom-built weapons have been featured in several films and TV shows produced in British Columbia. 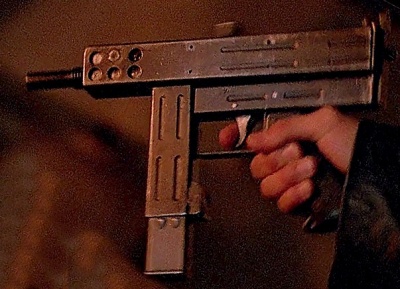 The weapon is fired.

A gangster fires a long-barreled M91S on full auto.

Several gangsters also use mock-ups of the Heckler & Koch MP5K built on what appear to be Kimel AP-9 assault pistols; these guns also appeared in other movies and TV shows filmed in British Columbia during the 1990s, such as M.A.N.T.I.S. and The X-Files.

Fake Heckler & Koch MP5K is seen in the armory

Some Yakuza gangsters use UZIs during the final shootout. UZI also can be seen in Freeman's armory

UZI is seen in the armory

A Madsen M50 can be seen in Freeman's armory

A MAC-11 can be seen in Freeman's armory 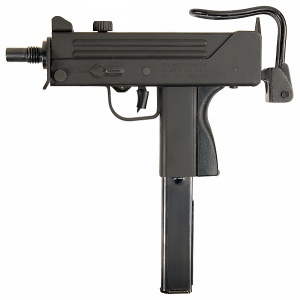 During the final major shootout, the Freeman (Mark Dacascos) arms himself with an M16 (SP1) fitted with a Cobray CM203 37mm Launcher (which is used as an M203 stand-in, its usual role). He fires multiple grenades from the launcher without reloading.