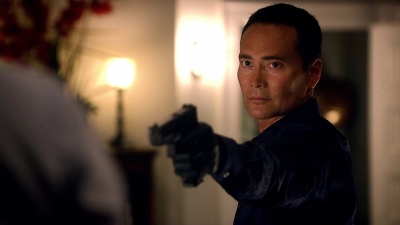 Mark Dacascos was a martial arts champion before beginning his career as an actor. After appearing in several martial arts action films over the past 20 years, he now is best known to television audiences as the chairman in the Food Network version of Iron Chef as well as his portrayal of Wo Fat in the series Hawaii Five-0.