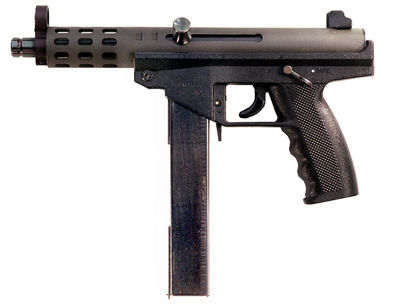 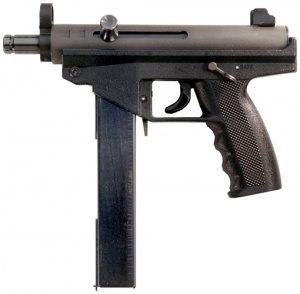 The AP-9 was an inexpensive, simple to manufacture 9x19mm pistol, designed to capitalize on the market of the Intratec TEC-9 series of guns in the 1980s. It was manufactured by AA Arms and distributed by Kimel Industries, Inc of Indian Trail, NC. The AP-9 became widely available in 1990 and continued until 2001, however sales dropped off and cosmetic changes had to be instituted as a result of the Clinton Assault Weapon Ban of 1994 (officially known as the Omnibus Crime Bill 1994).

Many people confuse the AP-9 with the TEC-9. Externally they are similar but there are many small differences, the most obvious being the front sight and the shape of the receiver. Both guns can load and use the same magazine.