Case Closed: Case Closed: The Phantom of Baker Street or also known as Detective Conan: The Phantom of Baker Street (ン ベイカー街の亡霊, Beikā Sutorīto no Bōrei) is the sixth Case Closed movie. The Detective Boys and Ran are part of a group of 50 chosen to test the new virtual reality game "Cocoon". But shortly after the game, the developer is murdered and the main computer is infected by a virus that makes it impossible for the players to leave the game and block any access from the outside. Conan, Ran and her friends find themselves in London of the 19th century, the world of Sherlock Holmes and Jack the Ripper, and must literally play a game of life and death: if only one of the children succeed the mystery of a murder series in Baker Street, have won all - if not, all will also die in the real world! Conan has to raise his whole sense of urgency to bring himself and the others back alive.

The following weapons were used in the anime film Case Closed: The Phantom of Baker Street:

Sherlock Holmes owns the Tranter Revolver which is found by Genta in a drawer. Conan demands to Genta that he put the revolver back but Hideki Moroboshi takes it secretly for himself. Later, Colonel Sebastian Moran captured it after Hideki being blown away by the strong recoil. The Tranter Revolver is the right choice for Arthur Conan Doyle's novel. 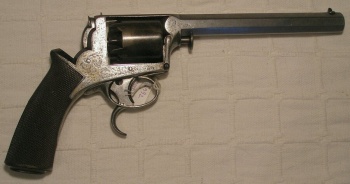 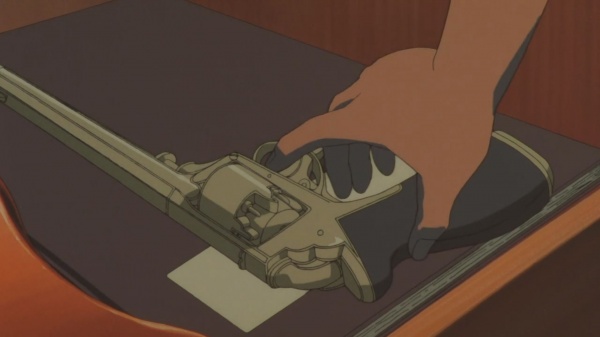 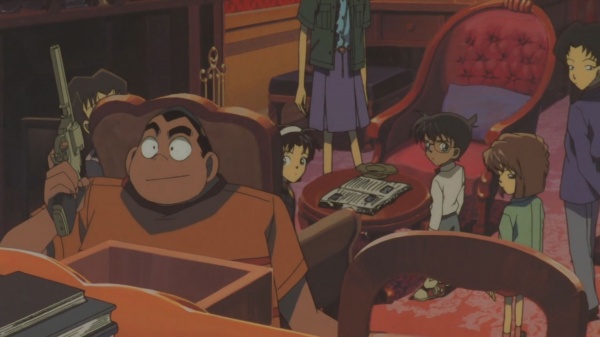 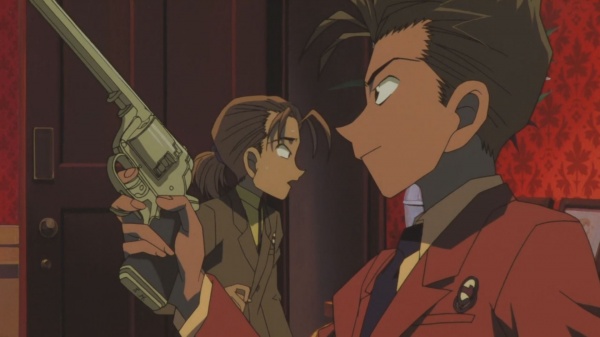 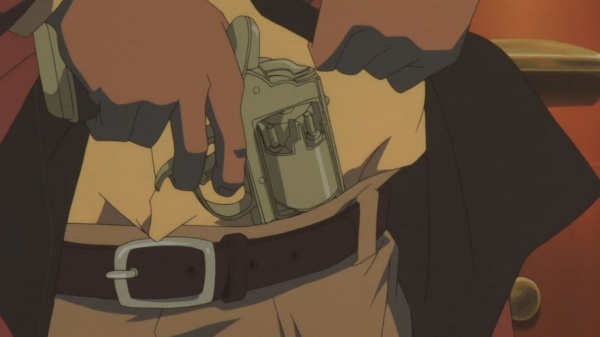 Hideki:"I prefer to take the fate into my own hand". 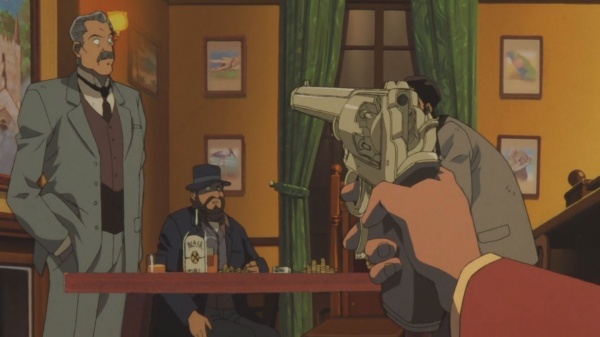 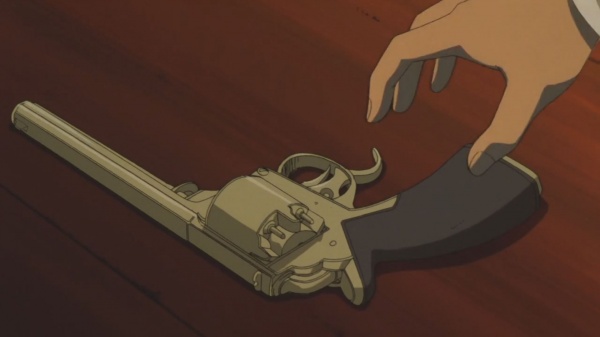 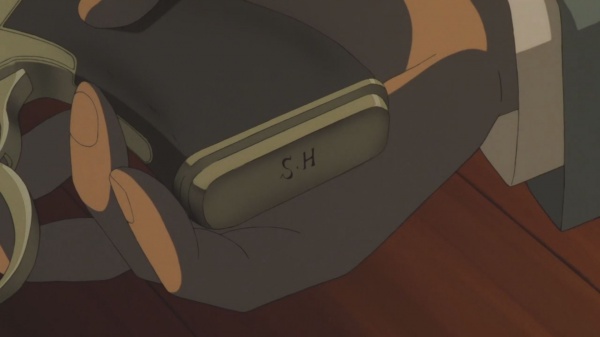 Moran:"S. H.? This is Sherlock Holmes' revolver!". Close view of the grip. 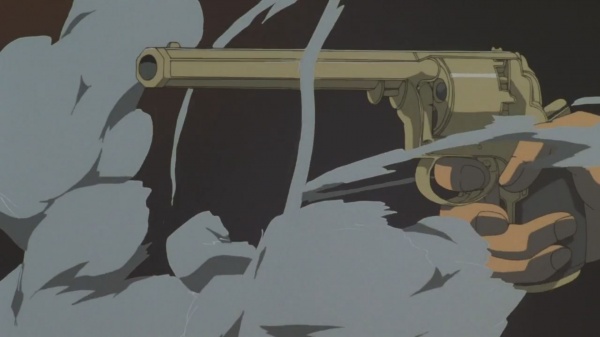 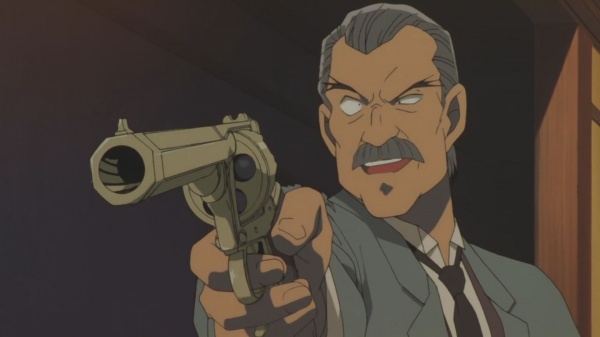 He aims at Conan.