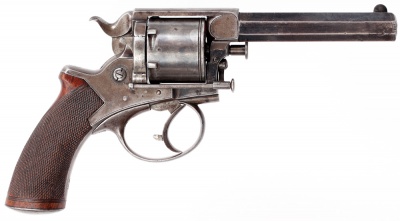 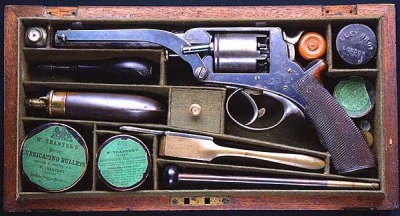 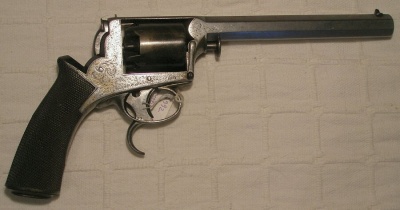 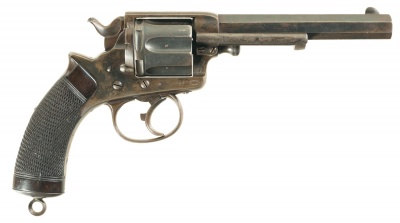 The Tranter revolver was a double-action cap & ball revolver invented around 1856 by English firearms designer William Tranter (1816–1890). Originally operated with a special dual-trigger mechanism (one to rotate the cylinder and cock the gun, a second to fire it) later models employed a single-trigger mechanism much the same as that found in the contemporary Beaumont-Adams revolver.

Early Tranter revolvers were generally versions of the various Robert Adams-designed revolver models, of which Tranter had produced in excess of 8000 revolvers by 1853. The first model of his own design used the frame of an Adams-type revolver, with a modification in the mechanism which he had jointly developed with James Kerr. The first model was sold under the name Tranter-Adams-Kerr.