Case Closed: Private Eye in the Distant Sea or also known as Detective Conan: Private Eye in the Distant Sea (絶海の探偵, Zekkai no puraibētoai), is the seventeenth Case Closed movie. In the port of Maizuru, a suspicious ship is discovered - packed with bombs! At the same place, Conan and his friends are looking forward to boarding an AEGIS warship to follow public maneuvers for a day. The everyday life on the destroyer is rather boring - until suddenly a strange sound is heard and an unknown object appears on the radar. Conan remarks that this is not part of the plan, because some guests and crew members behave suspiciously. When a separate arm is found in the pumping system, Conan begins with the help of Heiji Hattori to determine. In fact, soon the suitable corpse without arm appears. But the time for reconnaissance is scarce - Japan is already heading for a national crisis with full drive. It is now their job to find the spy X, who is hiding on board the ship.

The following weapons were used in the anime film Case Closed: Private Eye in the Distant Sea:

Captain Nanami Fuji of the JMSDF carries the Heckler & Koch USP Compact pistol as her personal sidearm since it's not used by the actual JMSDF. 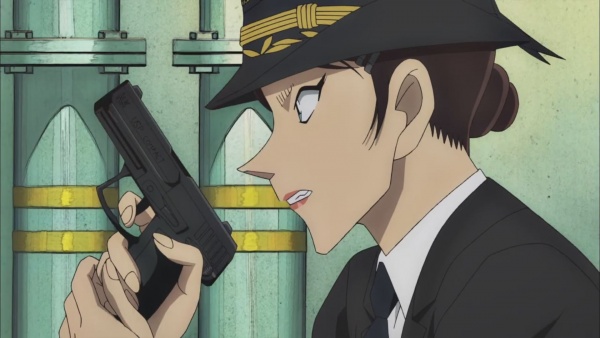 Close up of the HK in the Nanami's hands while running. 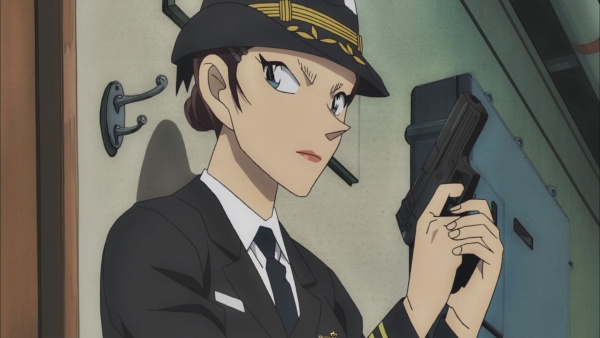 She holds the pistol in front of the captain's cabin. 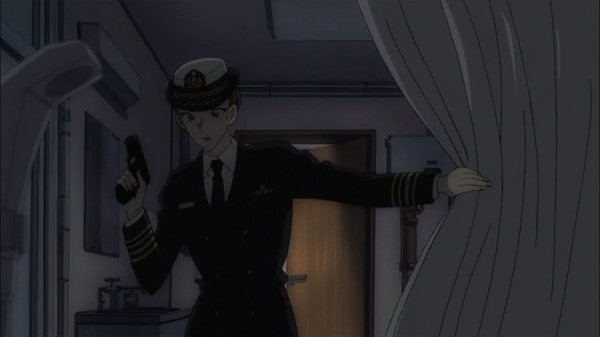 Nanami searching the cabin with her pistol. 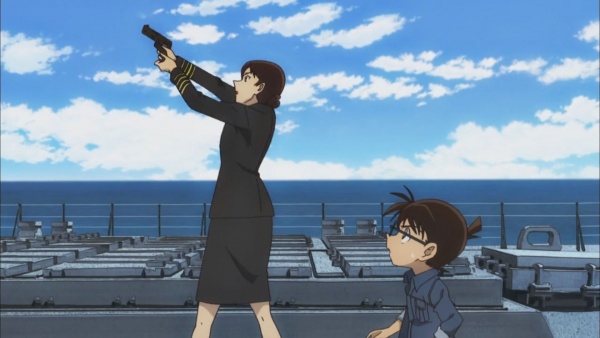 During the climax, Nanami Fuji takes aim with her Heckler & Koch on the front deck.

Takekawa draws the suppressed Beretta 92FS pistol during the encounter with Kazuha at Kansai International Airport. 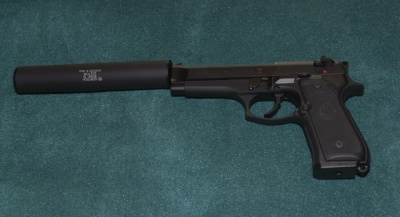 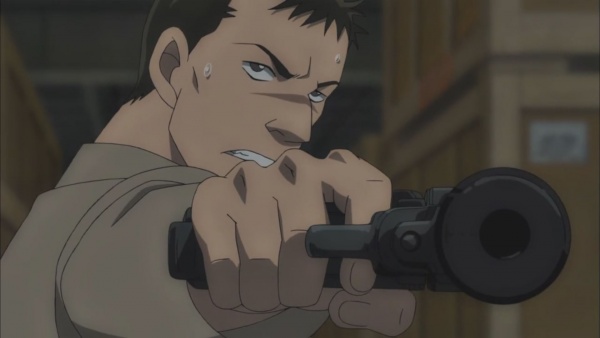 Takekawa takes aim with his pistol. 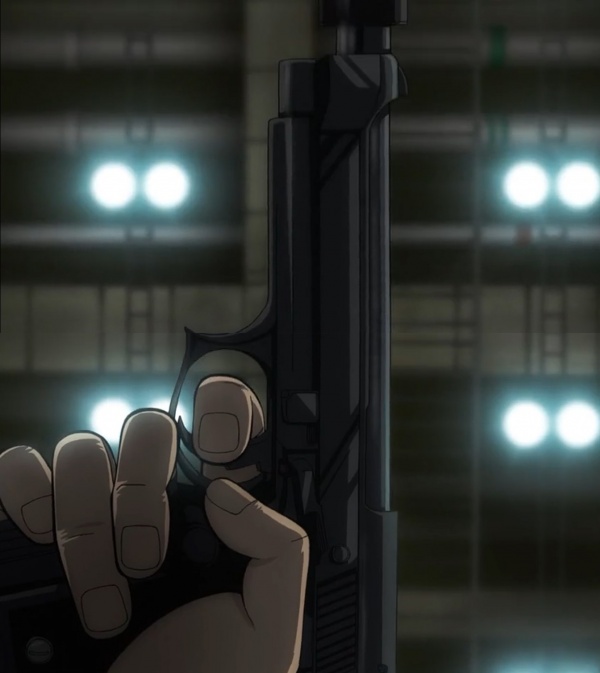 Good shot of the pistol's profile.

In a continuity error, Takekawa's pistol changes to a Beretta M1934. 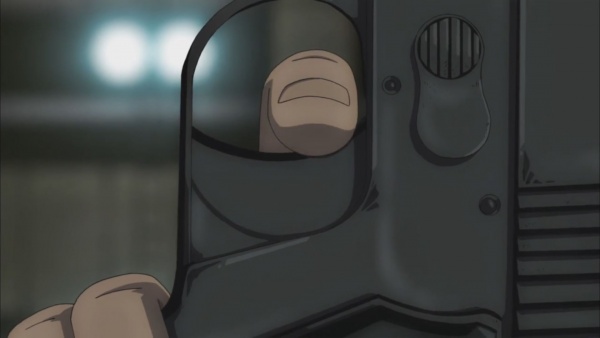 Close view of the slide.

JMSDF sailors on boards the JS Hotaka use snub Nambu Model 60 revolvers throughout the movie. Officers from the Tokyo Metropolitan Police and the Osaka Prefectural Police also use them. 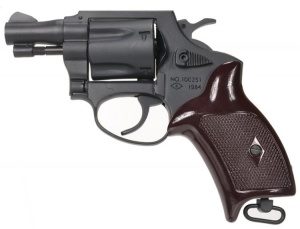 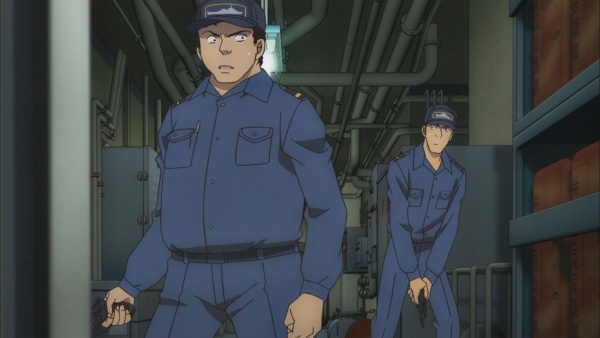 JMSDF sailors hold their revolvers looking for a suspect. 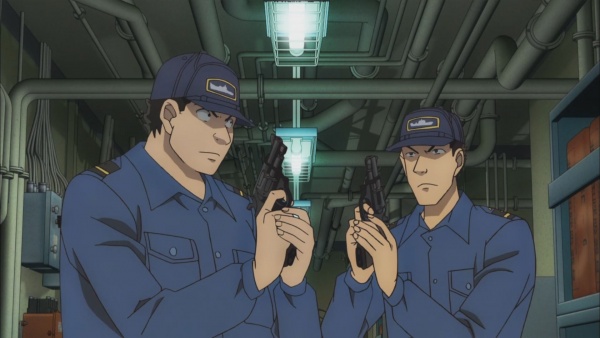 The same sailors discovered the hiding place and ready their guns. 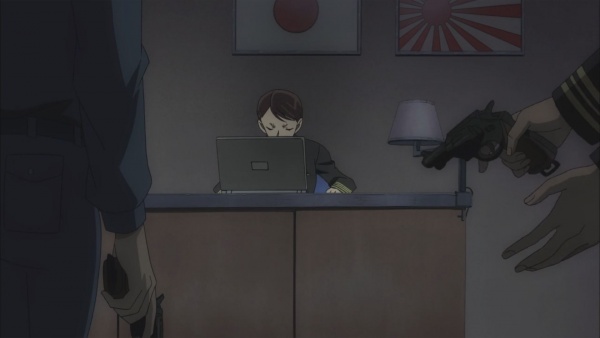 Other sailors brandish their Nambus. 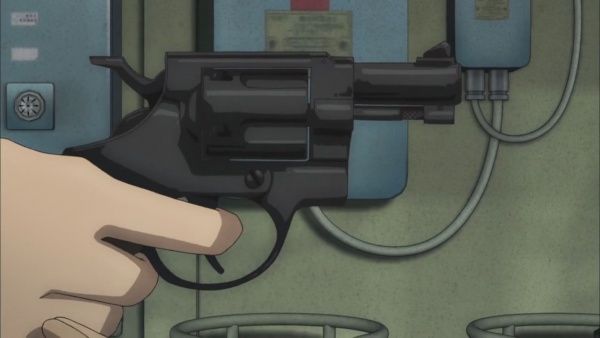 Close up of Miwato Sato's revolver while aiming at the fleeing spy. 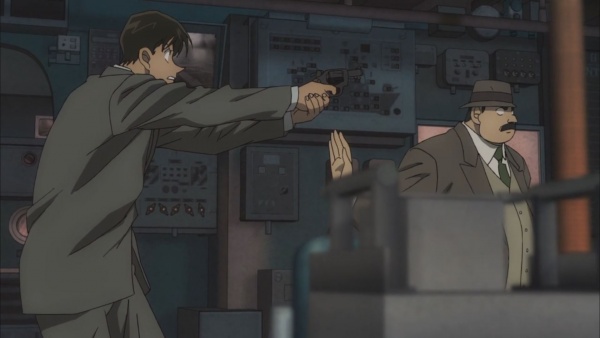 "Put your hands up!"
Excited Wataru Takagi takes aim with his revolver at a suspect. 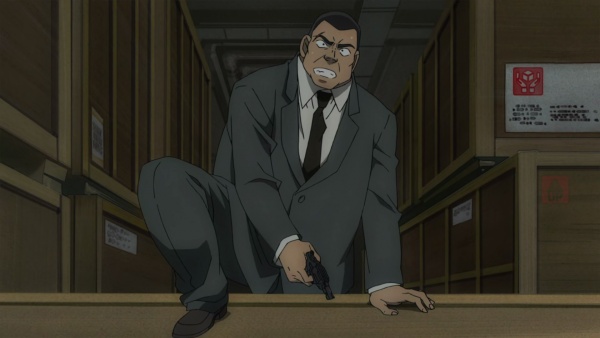 Goro Otaki with his sidearm out after shooting Takekawa inside KIA. 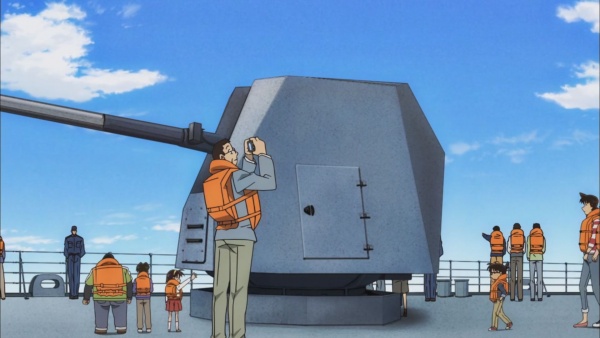 Astonished Detective Boys in front of the big gun. 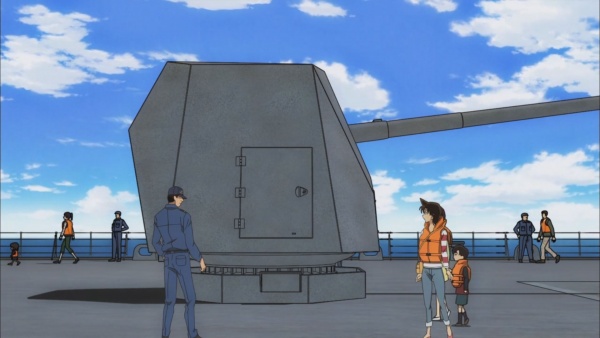 Right side of the gun. 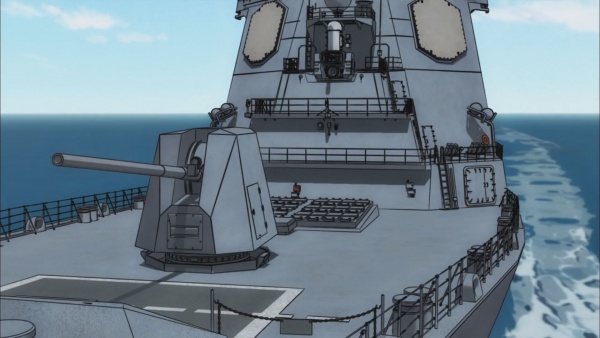 Phalanx CIWS can be seen on the JS Hotakaand during the live-action final. 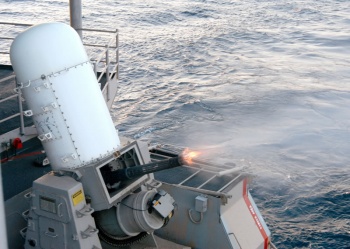 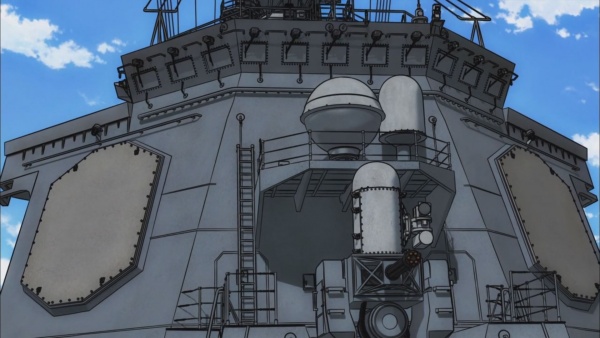 The gun mounted on the front deck. 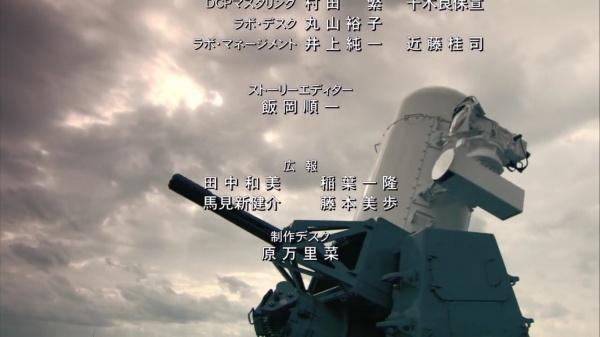 A real Phalanx during the credtis.