Butch and Sundance: The Early Days 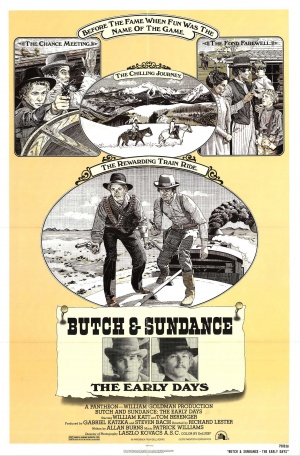 Butch and Sundance: The Early Days is the 1979 Western prequel to the 1969 classic Butch Cassidy and the Sundance Kid. The film follows the duo during their first meeting and their initial heists. Tom Berenger and William Katt star in the roles made famous by Paul Newman and Robert Redford in the original. The cast also included Peter Weller, Brian Dennehy and Jeff Corey, who reprises his role as Sheriff Ray Bledsoe. The prequel was directed by Richard Lester and was co-produced by William Goldman, who wrote the screenplay for the original film.

The following weapons were used in the film Butch and Sundance: The Early Days:

Both Butch Cassidy (Tom Berenger) and the Sundance Kid (William Katt) each carry the Artillery model of the Colt Single Action Army. The revolver is seen in the hands of several other characters including O.C. Hanks (Brian Dennehy) and Joe Le Fors (Peter Weller). 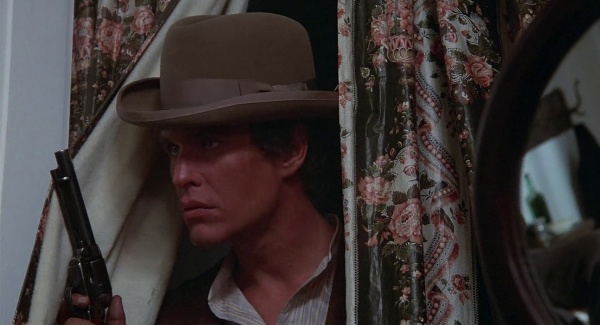 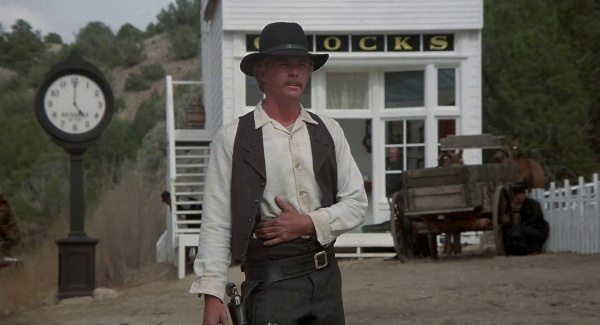 The Sundance Kid (William Katt) has the revolver holstered during a showdown. 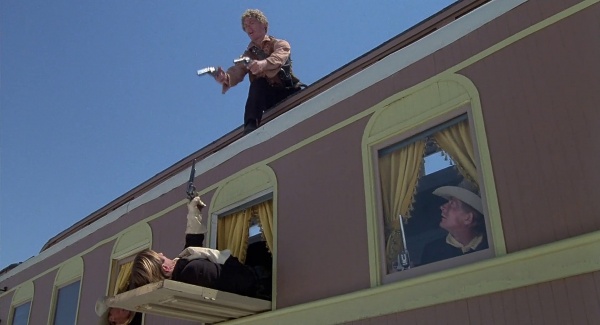 At the top, the Sundance Kid (William Katt) armed with dual revolvers.

The Cavalry model of the Colt Single Action Army is carried by members of the US Cavalry.

The US Cavalry soldier on his back with his revolver as he confronts the Sundance Kid.

A Winchester Model 1894 rifle is also used in the film. 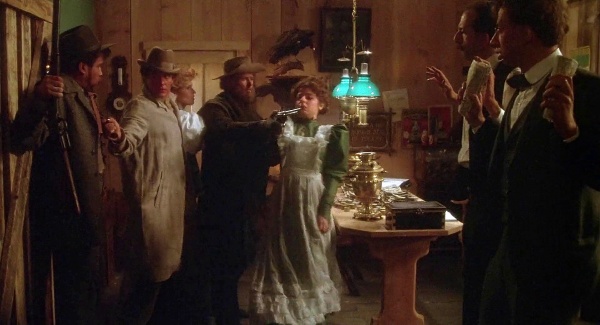 The rifle is seen at the left.

A Gatling Gun is seen in the train being robbed by Butch and Sundance. This is later used by US Cavalry troops. 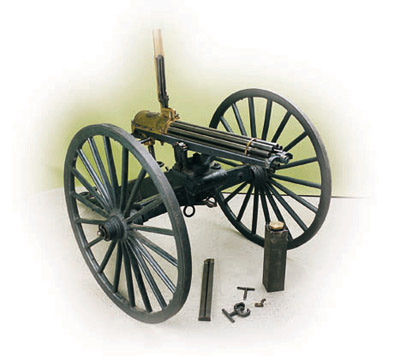 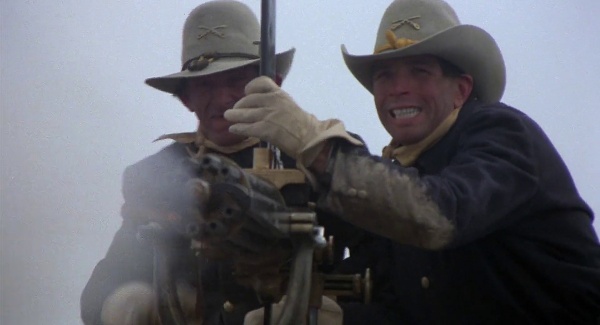 US Cavalry troops use the Gatling.
Retrieved from "https://www.imfdb.org/index.php?title=Butch_and_Sundance:_The_Early_Days&oldid=1121977"
Categories: