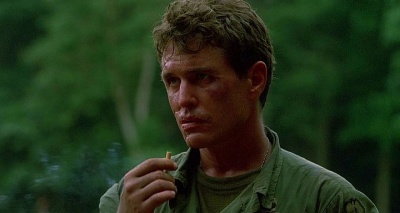 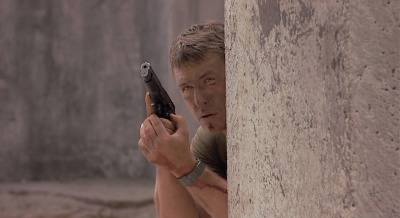 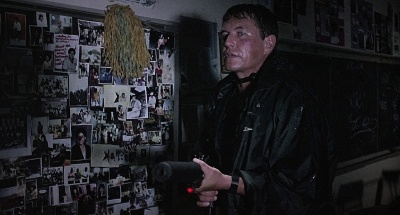 Tom Berenger holds a suppressed Uzi as John Shale in The Substitute (1996).

Tom Berenger is an American actor who often seen in military-related roles including such films as The Dogs of War, Platoon, Born on the Fourth of July, and The Substitute. Among his most notable roles include his portrayal of Master Gunnery Sergeant Thomas Beckett in several films of the Sniper series as well as SSG Robert Barnes in the film Platoon, a role for which he received an Academy Award nomination for Best Supporting Actor.