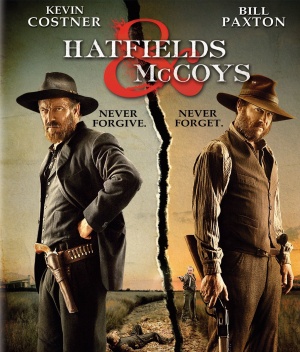 The following weapons were used in the miniseries Hatfields & McCoys:

The Remington 1858 New Army is seen carried by several characters including Jim Vance (Tom Berenger) and "Devil" Anse Hatfield (Kevin Costner). The particular Remington that "Devil" Anse carries throughout the miniseries is a brass-framed model. This is not historically correct, as there were never any brass-framed Remingtons manufactured. The gun in question is a modern unauthentic replica of the Remington by Pietta of Italy known as the "Texas Model". Furthermore, as is revealed in a close up of the gun in Episode 3, the gun appears to have been converted to fire metallic cartridges, as it lacks percussion nipples and has a relief cut into the recoil shield to facilitate the loading of cartridges. This is yet another goof on the filmmakers' part as it was never done in the 19th century. Converting brass-framed percussion revolvers to fire cartridges is generally impractical and discouraged due to the weakness of the brass frame and it's inability to even withstand the pressure of repeated use of stout loose powder and ball loads, let alone from a metallic cartridge, which would cause the gun to shoot loose rather quickly, thus decreasing the shooting life of the firearm immensely. Such conversions on brass framed firearms, however, are feasible when using more anemic, lower-powered cartridges such as .38 S&W (which is what this gun appears to be converted to use) and when using blank cartridges, as the pressure generated by blanks is negligible, which explains how this particular gun made it through filming intact. 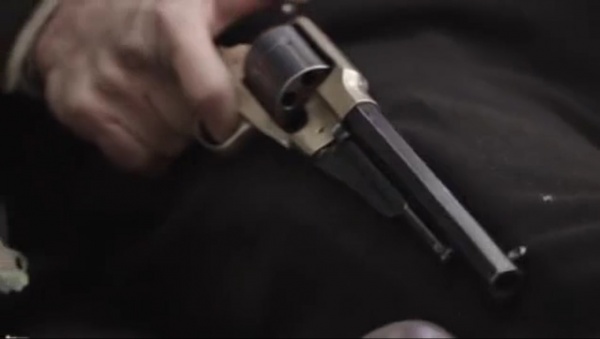 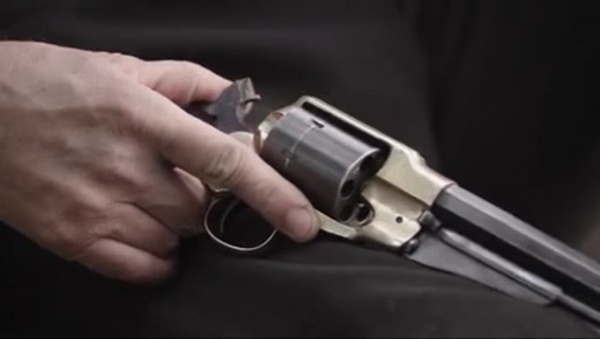 "Devil" Anse Hatfield (Kevin Costner) cocks the Remington. Note the lack of percussion nipples, the modified hammer, and the relief cut into the recoil shield, indicating that the gun has been converted to fire cartridges. 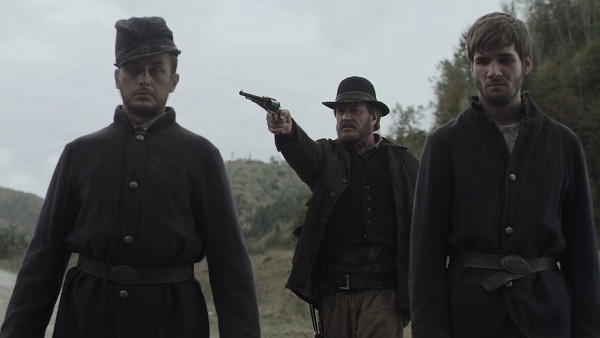 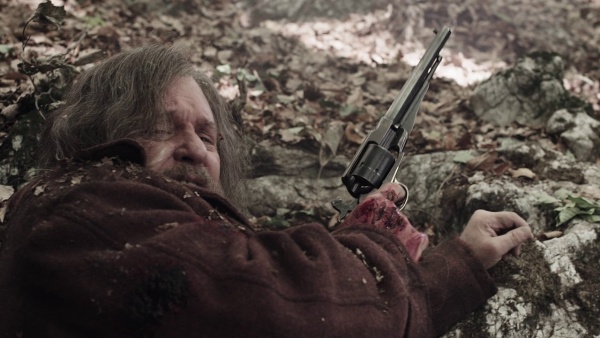 Jim Vance (Tom Berenger) with the Remington, which is evidently a cartridge conversion. Unlike the gun wielded by Devil Anse, this Remington is steel framed, and therefore historically correct.

In the later years of the feud, Randall McCoy (Bill Paxton) carries a Cavalry Model of the Single Action Army. 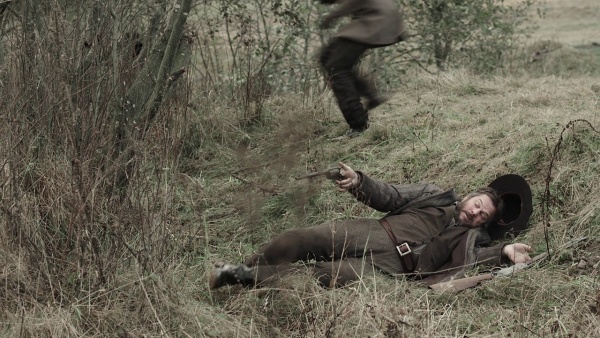 The Single Action Army Artillery Model with 5.5" barrel is also carried by both sides of the feud, notably by "Bad" Frank Phillips (Andrew Howard). 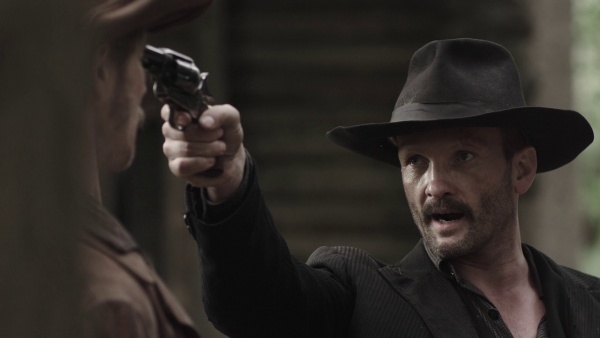 At the miniseries' beginning, the Enfield Pattern 1853 rifle is seen used by Union and Confederate troops during the Civil War. Both "Devil" Anse Hatfield (Kevin Costner) and Randall McCoy (Bill Paxton) are seen using the rifle. 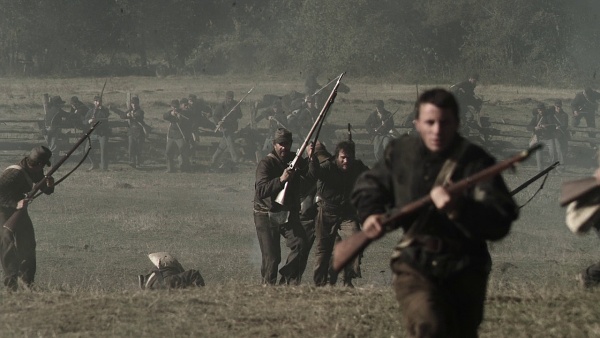 "Devil" Anse Hatfield (Kevin Costner) along with other Confederate troops carry the rifle during a battle. 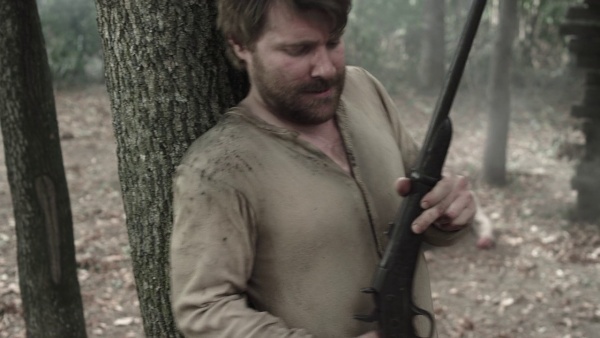 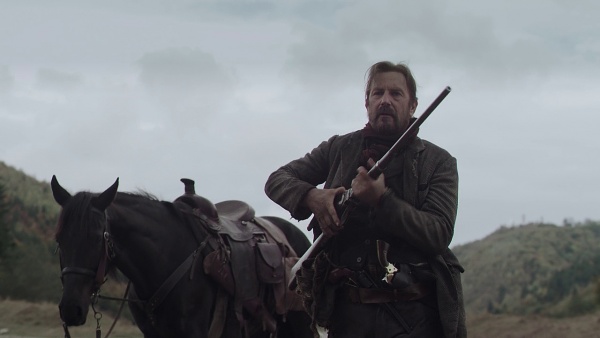 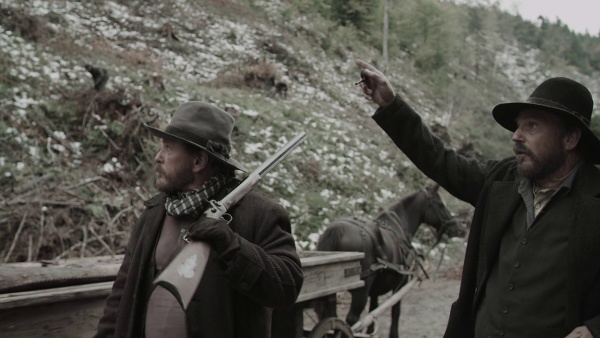 The Sharps 1859 carbine is carried by Jim Vance (Tom Berenger).

The Winchester Model 1873 rifle is a prominent rifle used by members of both families. 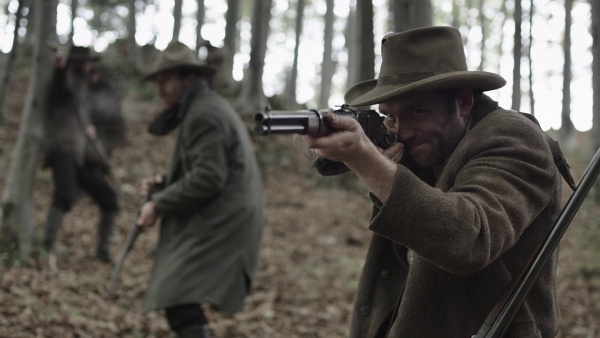 The rifle is fired. 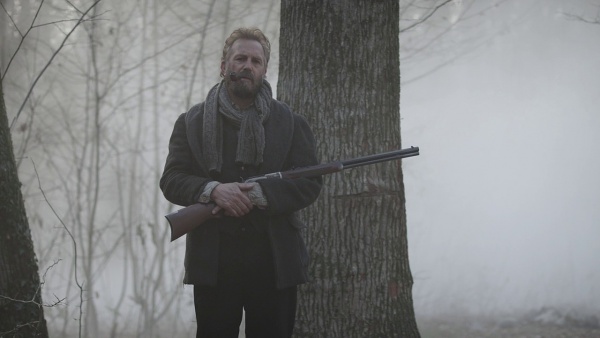 The 12 Gauge Double Barreled Shotgun is another firearm used by members of both families. 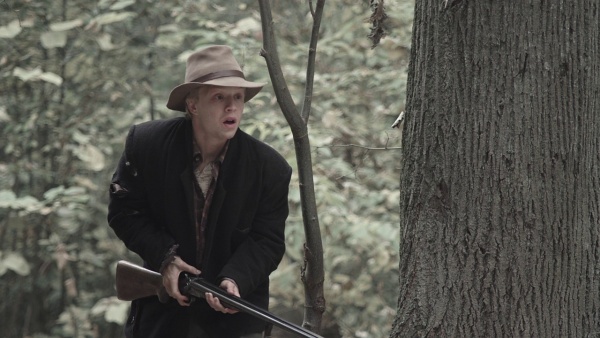