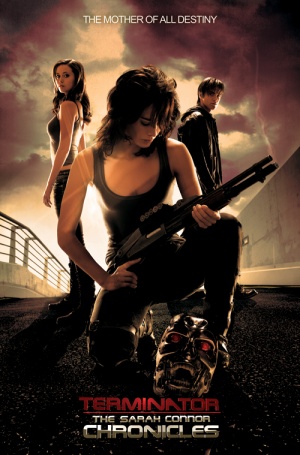 Terminator: The Sarah Connor Chronicles is the science fiction television series that continued the story told in The Terminator films. The series aired on FOX for two seasons from 2008 to 2009 and starred Lena Headey as Sarah Connor, who along with her son John (Thomas Dekker) try to prevent the creation of Skynet, the master computer program that is responsible for the near extermination of the human race and the rise of the machines. While pursued by other Terminators sent from the future, Sarah and John are assisted by a reprogrammed Terminator named Cameron (Summer Glau) as well as the future resistance member Derek Reese (Brian Austin Green), who is the brother of John's father Kyle. The series is set after the events of Terminator 2, but in an alternate timeline than the one seen in Terminator 3.

The following lists the seasons of the series Terminator: The Sarah Connor Chronicles: