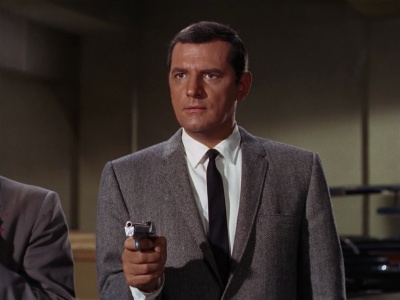 Steven Hill (1922-2016) with a Becker & Hollander Beholla as Daniel Briggs in Mission: Impossible.

Steven Hill (1922-2016) was an American film and television actor who was best known for his role as New York County District Attorney Adam Schiff for the first 10 seasons of the original Law & Order. In addition, he portrayed Dan Briggs, the first leader of the Impossible Missions Force in Season 1 of the original Mission: Impossible. He also appeared in several films, including The Firm, Raw Deal and Billy Bathgate. He passed away on August 23, 2016 at the age of 94.