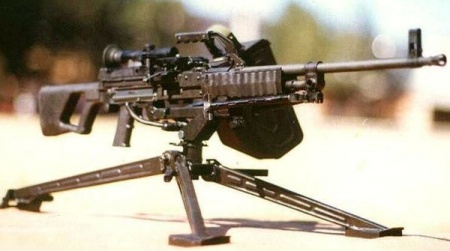 The QJY-88 is a air-cooled, belt fed and gas operated general purpose machine gun developed by Norinco to replace the Norinco Type 67. Like the Norinco QBZ-95 it uses the 5.8x42mm rounds, unlike other GPMGs which use heavier rounds such as the 7.62x51mm NATO or the 7.62x54mmR. It can be fixed-mounted or it can be hand-wielded.

The Norinco QJY-88 and variants can be seen in the following films, television series, video games, and anime used by the following actors: