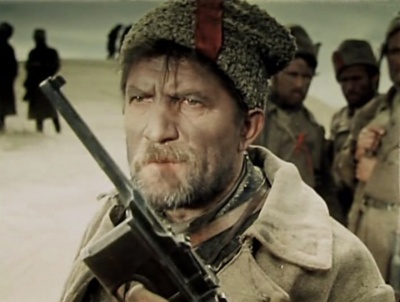 Nikolai Afanassyevich Kryuchkov (January 6, 1911 – April 13, 1994) was a popular Soviet actor who appeared in about 100 movies. Kryuchkov started his actor career in 1932 and continued until 1993. He has received many cinema and state awards including the titles of Hero of Socialist Labour and People's Artist of the USSR.