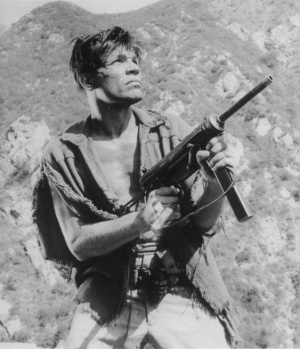 Neville Brand was an American Actor and World War II Veteran who received the Silver Star for gallantry in combat during the war. His other awards and decorations include the Purple Heart, the Good Conduct Medal, the American Defense Service Ribbon, the European / African / Middle Eastern Theater Ribbon with three Battle Stars, one Overseas Service Bar, one Service Stripe, and the Combat Infantryman's Badge.