Mira Sorvino as Meg Coburn holds a Beretta 92FS in The Replacement Killers (1998). 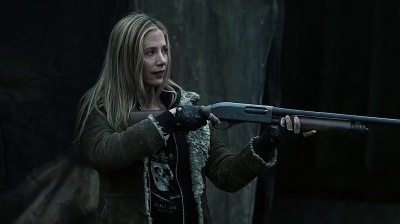 Mira Sorvino is an American actress who received the Academy Award for Best Supporting Actress for her role in the 1995 Woody Allen-directed film The Mighty Aphrodite. She has since appeared in such films as The Replacement Killers, The Final Cut, and Mimic in addition to her recurring roles in such series as Falling Skies, Human Trafficking and Condor. She also is the daughter of actor Paul Sorvino.