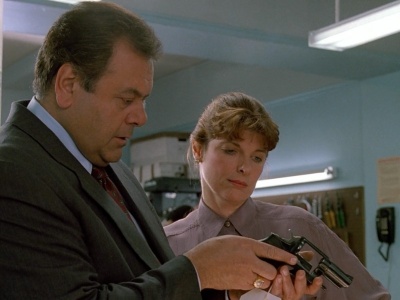 Paul Sorvino (1939-2022) was an American actor whose credits include such films as The Rocketeer and Goodfellas as well as 1995's Nixon. In television, he portrayed the role as NYPD Sgt. Phil Ceretta in Season 2 of Law & Order. He also is the father of actress Mira Sorvino. He passed away in July of 2022 at the age of 83.