The following weapons were used in the film Stuber:

The Glock 17 is pulled by Vic Manning (Dave Bautista).

The Glock 17 is seen pulled by Sara Morris (Karen Gillan).

Captain Angie McHenry (Mira Sorvino) is armed with the Glock 17. 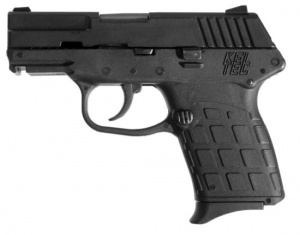 The Kel-Tec PF-9 is held by Stu Prasad (Kumail Nanjiani).

A gunman is armed with an Ithaca 37 "Stakeout"-style shotgun while confronting Vic and Sara in an elevator.