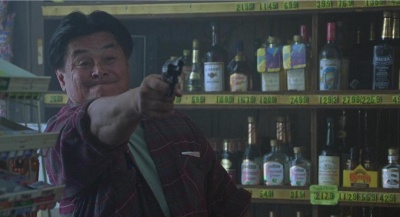 Kenny Endoso (1940–2010) with a Colt Detective Special as the convenience store clerk in Blue Streak.